For more than 10 years, Jack Carbasho had a dream.

“I’ve wanted to have a local Pride group and host a Pride Festival in our area since about 2008 after I attended my first Pride in Pittsburgh,” Carbasho said.

Last year, he made that dream a reality when his newly organized group, Ohio Valley Pride, hosted the first Wheeling area Pride Festival. The group, now led by Carbasho as its president, is still riding the wave of community support that swelled from that inaugural event. 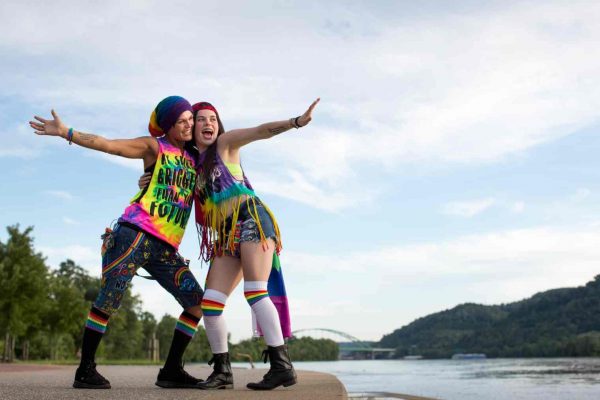 OVP has blossomed from one man’s dream to a full-fledged 501-C(3) organization complete with officers, a board of directors and, now, an official headquarters at 1320 Market St. in Wheeling.

Carbasho and the group’s original founding members Jeff Foster, Norman Galownia and Sarah Alltop were recently joined by newly elected board members Rosemary Ketchum, Andrew Lewis, Ellen McCroskey, Amanda DeShong and Joan Wallace. This group has worked tirelessly to transform its building into a true community center where all are welcome, particularly members of the LGBTQ community.

OVP Vice President Jeff Foster, left, President Jack Carbasho, center, and founding board member Norman Galownia are very proud of the progress that OVP has made in the past year.

Carbasho commended the city of Wheeling for its assistance and City Council for its passage last year of the non-discrimination ordinance. “I believe the passage of this ordinance helped pave the way for us. It made me comfortable approaching the city, opening the center, and holding the festival,” said Carbasho. He is also grateful to local business such as Orrick, Williams Lea Tag and the Health Plan for supporting the group’s endeavors.

“The Ohio Valley has a great opportunity to be on the frontlines of many progressive ideas and I believe that we have the community leadership to do so,” Ketchum said.

OVP is planning its second annual Pride Festival, which will be held on Saturday, May 12 and Sunday, May 13, at Heritage Port in Wheeling. An Equality March will march through downtown to kick off the festival.

“I am very excited about the Equality March,” Carbasho remarked. “I wanted to do it bigger last year but didn’t have enough financial support. ”Festival hours are noon until midnight on Saturday and noon until 6 p.m. on Sunday. Saturday’s Equality March will begin at 1 p.m. Groups who are interested in being part of this historic event are cordially invited to participate. Registration information for vendors is available at www.ohiovalleypride.org.”

In addition, the group is pleased to announce that it is now accepting new members. Annual membership dues are $15 for adults and $10 for high school and college students. Membership applications are available on the OVP website.

OVP also plans other future educational, social, community service and members-only events. The group was recently awarded a Covenant House grant that will be used to bring a “Smoke in Mirrors” educational event to the Pride Community Center later this spring. This program strives to help members of the LGBTQ community successfully stop smoking. 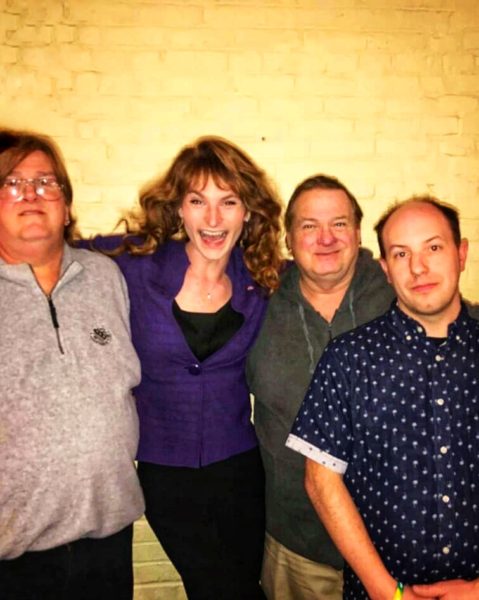 From left, Jeff Foster, Rosemary Ketchum, Norman Galownia and Jack Carbasho are pictured at the recent “Art of Inclusion” exhibit at the Wheeling Artisan Center. Ketchum and Carbasho had portraits featured in the exhibit.

“It is imperative that we recognize the unique challenges faced by the LGBT community; in particular, smoking addiction. Nearly one in four LGB adults smoke cigarettes compared with about one in six heterosexual adults. This is a disturbing reality for our community and, with our Smoke in Mirrors event, OVP hopes to expose the high rates of addiction and help people in the community discover addiction resources,” said Ketchum, who was instrumental in securing the grant funding for this event.

“OVP is pleased to be part of the renaissance of the downtown Wheeling area. Attitudes as well as atmosphere in Wheeling are changing, and OVP is proud to be a part of that progress. The group is committed to helping this area become a safe harbor for all, where the strength and beauty of diversity are accepted and celebrated,” she added.