Glenn Elliott set up a booth on Water Street during last summer’s Upper Ohio Valley Italian Heritage Festival and learned how to operate a helium gas tank so he could inflate balloons for the children in attendance.

That’s what the balloons had printed on them. It was a promise from him and from a couple of other of the candidates.

“Your Wheeling” sums up a pledge to offer more transparency from municipal government while promoting engagement. Elliott, along with Vice Mayor and Ward 1 Councilman Chad Thalman and Ward 4 Representative Wendy Scatterday, announced their intentions one year prior to the city’s May 10 election day. They, along with Ken Imer, Brian Wilson, Ty Thorngate, and Dave Palmer, took their appropriate seats yesterday for their first official regular council meeting to begin a process expected to be more inclusive than what was realized during past administrations.

There was not an empty chair in Council Chambers, and included in the crowd were two former council members, Robert “Herk” Henry and Gloria Delbrugge. 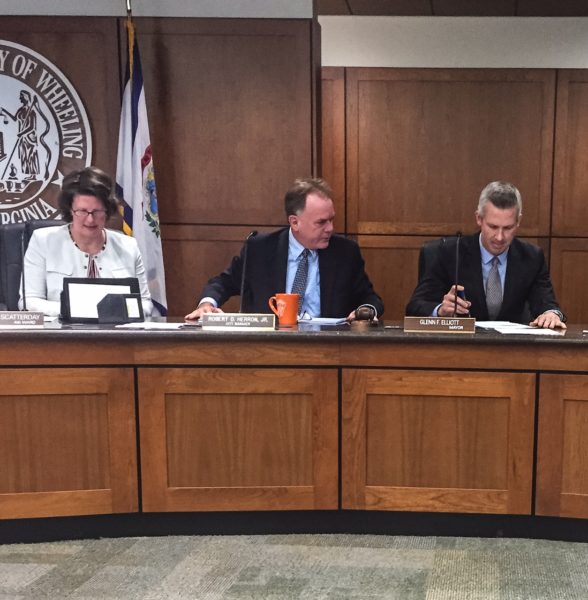 “I know I don’t have to be here anymore, but I wanted to come to their first meeting,” Delbrugge said. “That first meeting is very important, so I just wanted to watch it take place. I think they are going to be great.”

During the Mayor’s Report, Elliott announced that during the next meeting he will create four new committees for him, council members, and Wheeling residents to address issues dealing with the retention of young citizens, affordable housing, industrial development, and community volunteerism.

“I think it is important that we talk about how we can make the city more attractive to our young people so they don’t just leave when they are finished with school,” he said. “And I have heard many complaints about affordable housing in Wheeling for several years.

“I have heard a lot of positivity about the possibility of a cracker plant being developmented just 13 miles south of Wheeling, so I believe we should discuss how this city can prepare for such a development,” the mayor continued. “Councilwoman Scatterday has told me that she’s asked pretty often about how to volunteer, so if we can centralize those efforts, I think it be a great benefit for everyone involved.”

And then, in unanimous fashion, the mayor and the six council representatives took what Scatterday described as the, “first step” to increasing transparency. Under “Original Propositions,” Council adopted the Public Participation Principles, which the mayor said would alter the regular meetings so they could become “more user friendly.”

“It’s our first meeting, and that is the first step,” Scatterday said. “We are all very serious about having an open-door policy and setting a new standard.” 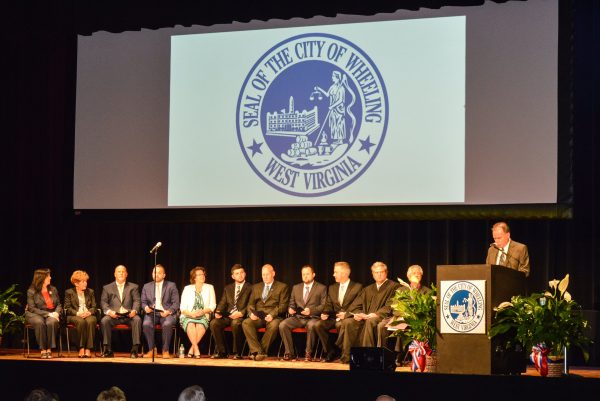 Mayor Elliott and the six council members were sworn into office last Friday at the Capitol Theatre.

“It’s our way of saying that we want to be engaged by the residents of Wheeling,” said Ward 6 Councilman Dave Palmer. “We want people to know that it’s important to all of us that we hear from the citizens of this city. Every time a new council takes over, there’s a little bit of change, and the Public Participation Principles is about a little bit of change.

“The same goes with moving up the seats in Council Chambers and suspending the rule about standing when speaking during a council meeting. We did those things as a group because we want to feel as if we are engaging all of the time,” he said. “I don’t want to stand up there and have to look down at people. We’re all people. The citizens just elected us. That’s all.”

During the same portion of the meeting, the mayor and Council approved a resolution that directs City Manager Robert Herron to assess the current condition of several of the city-owned playgrounds.

“The former council allotted $250,000 in the budget for work on our playgrounds, so now is the time for us to take a hard look at those facilities so we can use those dollars in the best possible way,” Palmer said. “Instead of just throwing money at a problem, the best thing to do, I believe, is for the city manager to take a real hard look at them and then come back to us with his suggestions,” Palmer explained. “At the same time we will go take a look at them for ourselves so we can be as informed as possible when getting into those discussions.

“Without a doubt our playgrounds and our ballfields are in need of attention, and that issue was something that I ran on during my campaign,” he continued. “Not only in Ward 6 but in every other ward in this city.” 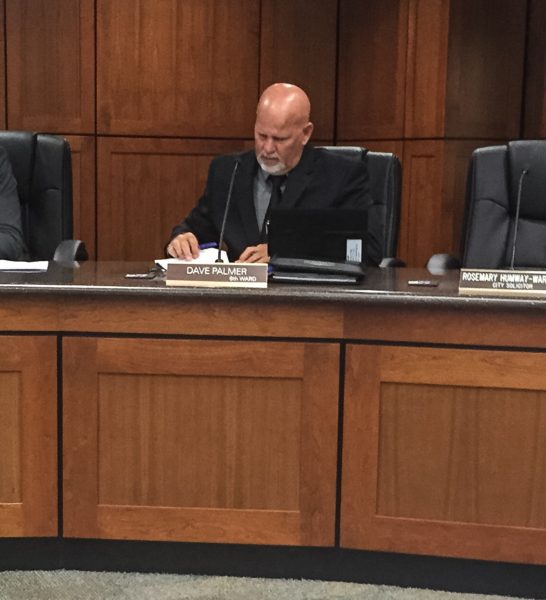 Dave Palmer, the new council member for Ward 6, was announced as the chair of the Public Safety Committee.

Wheeling Council stages two regular meetings per month, and the future times of those meetings is, according to Elliott, a decision that will made in the near future.

“All I can do is ask for patience while we grow,” he said. “Anyone who has sat in these seats for the first time immediately realizes this is a process.”

Palmer agrees. He says mistakes will be made. He admits to not yet knowing his council committee schedule yet. He knows, that even though he is a 31-year retired city employee, his duty now is much different from when he was a police officer, firefighter, and a code enforcement officer.

“It felt very good to finally take that seat and get to work,” Palmer said. “And it was great to see so many people attend the meeting, and I would like to see that continue.  I would like to see a great dialogue take place among the mayor and the Council and the people of Wheeling.

“It’s going to be a learning process, but I can tell you that making motions and casting votes was very exciting for me,” he continued. “And I want people to be engaged so they can come to a better understanding about how the city and the council work. We’re all going to be very accessible, and we’re going to address every single issue suggested to us that fits under our jurisdiction.”