Not only can local residents and tourists in the Wheeling area visit the Centre Market area on Saturdays for the famous Coleman’s fish sandwich or a slice of Oliver’s Pies, but now those same folks also can enjoy an open market that features several vendors selling new and re-purposed goods.

The outside events began operations on the final Saturday of September, and they are planned throughout the month of October. The open market begins at 10 a.m. and continues until 3 p.m., and there is no fee charged to vendors for setting up along the northern portion of Market Street.

“The open market was the idea of a few ladies that have businesses inside the market hours,” said Kurt Zende, the manager for Centre Market and an economic development specialist for the city of Wheeling. “They felt that Monday through Friday was really good, but also they felt that Saturdays at this time of year were a little slower, so they wanted to add something to attract more folks to the area.

“And we wanted to attract vendors who would offer original items, whether it was new or re-purposed items, but we didn’t want it to turn into a garage sale,” he said. “Our biggest problem has been attracting those kinds of vendors. We’ve had a lot of them thus far, but there have been a few that have committed to be there but then didn’t show up for whatever reason.”

Zende’s hope is that additional vendors will wish to set up for the open markets during all or one of the three remaining Saturdays in the month of October. Those interested can contact Zende at 304-234-3878. 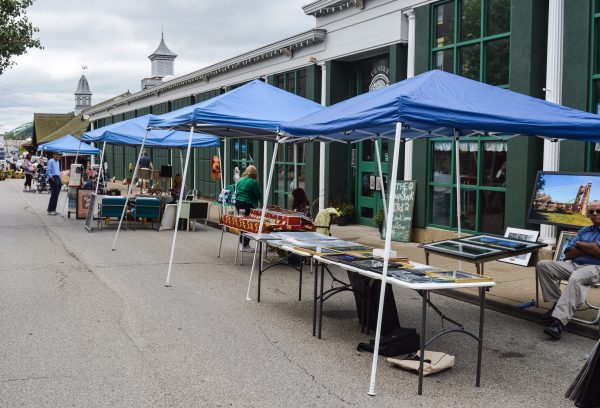 A wide variety of vendors have been on hand for the open markets during the first few weeks.

“I’ll be honest with you; I don’t know how to find those vendors,” he said. “But anyone who may fit that description is more than welcome to contact me so they can set up on one of the Saturdays that we have left in the month of October. There’s no charge to the vendors, so they can set up for free, promote that they are going to be there, and hopefully enjoy a nice day with a lot of sales.

“After the month of October we plan to sit down over the winter months so we can begin offering the open market again in the spring and summer months,” he said. “Hopefully by then we have more vendors committed to being there for several of those Saturdays. If they can’t make every one because of prior commitments, that’s totally understandable, but we would like them to be there as often as they can be.”

Weather permitting, Zende plans to have live and local music on the Centre Market streets as well, and the New Age Adenas did perform at the very first open market on Sept. 24. Local musician Gregg Molnar is set to perform this Saturday from 11 a.m. until 1 p.m., and the music, along with the overall concept, Zende predicted, will allow the open markets to return when the local temperatures begin to warm again.

“I believe we know the formula,” Zende said. “I think it’s a matter of having a few more sponsors, advertising it, getting the right kinds of vendors, and going from there. I think it will go better than what it has been because it’s not gone as I wished it to so far. But the open markets have been a success to a degree because those events have attracted more people to the area than what we have seen on other Saturdays. 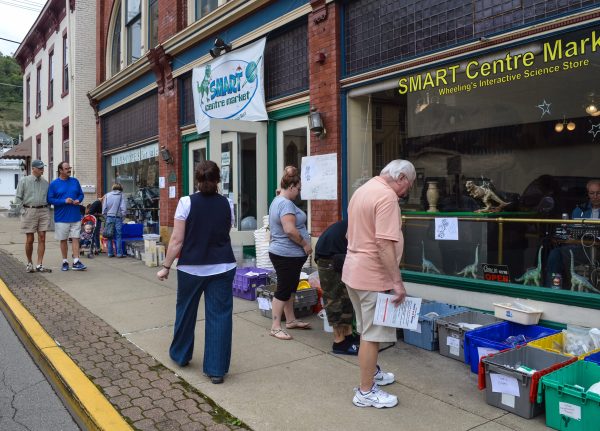 “Not only have the vendors at the open market done pretty well, but our businesses inside the market houses have done very well, too,” he reported. “It’s been a great thing to see the people who have come to the area for the open markets discovering what is inside those buildings, and I have had some people tell me they knew about Coleman’s, of course, but they didn’t know about Oliver’s Pies, the Soup Shack, and the others.”

It is all part of what has revitalized the Centre Market area in a little more than five years, and Zende has been in the middle of it all. During his six years in Centre Market he has worked with not only the business owners inside the city’s to market houses, but he’s also proved successful in rallying surrounding property owners, too.

“There are a lot of good people who have worked very hard to make Centre Market what it is today, and that includes all of the building owners,” Zende said. “We had a plan when I first started here in 2010, and we felt that aesthetics would be the primary driver of the redevelopment. What got us started into the right direction was when we received a $25,000 sponsorship from Chesapeake Energy for the development of the middle courtyard area with the tables, chairs, and the awning.

“And then our goal was to increase the foot traffic in the Centre Market area so we could attract new businesses,” he continued. “So we started having a lot of promotional events that attracted a lot more people to the area, and that got a lot more people interested in the area, and that was thanks to some of the business owners like Greg and Diane Myers from Case de Vino and Market Vines.” 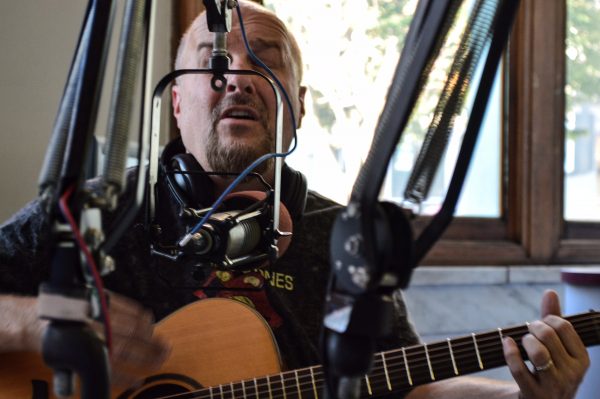 Local musician Gregg Molnar is scheduled to perform this Saturday from 11 a.m. until 1 p.m.

Other property owners, like Frank Calabrese, who owns three structures within the Centre Market Historical District, also joined in the effort. Calabrese, in fact, has filled two of his three buildings with new tenants, and is working now to attract a third new business to the area.

“Once the foot traffic increased, the other building owners became interested, and that’s when I told them that if they fixed their building, we would do everything we could to get them filled,” Zende reported. “And that’s what we did. We filled them, and over the last six years more than 20 new businesses have opened in that area, and it’s a been a testament to hard work on everyone’s part.

“We had a plan, and we had a strategy, and we followed that blueprint that’s all over the country. I used the same principles that were in place when I was working for downtown revitalization in Steubenville before coming to the Wheeling area,” he said. “Now the key is to figure out where to go from here, and that is why I always ask people for constructive criticism because that’s what makes you better. You’re not going to hurt my feelings; trust me.”