People watching in Wheeling: Can it ever be like New York? 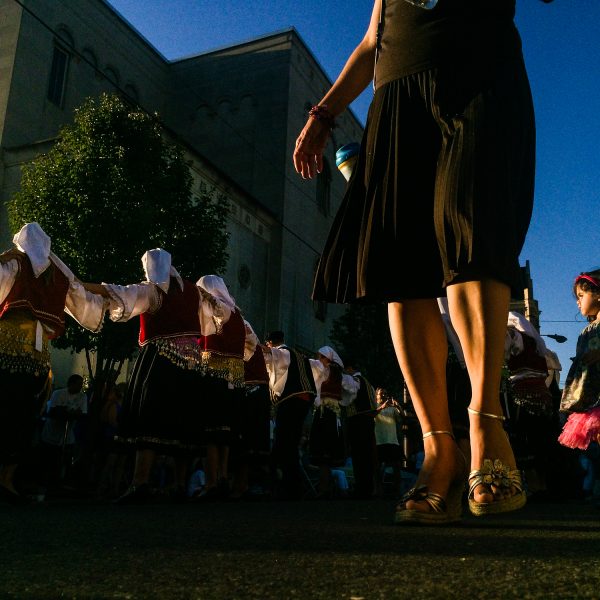 While there are good opportunities for people watching in the Friendly City, such as this moment at a recent Greek Fest, Wheeling still has a long way to go before people watching is the cultural event it is in larger cities.

New York, after all, is a city of 8.4 million people; Wheeling, 28,000. Millions more stream in and out of the Big Apple every day, to work, to shop, to visit—many for the first time. They come from all over the world, and they bring their languages, their dress, their music and their mannerisms.

Wheeling simply hasn’t that kind of traffic. It did once when it was a melting pot for an old wave of immigrants. Save for the gas drillers, that’s no longer so.

And the sad fact is, there isn’t much left in the way of people to watch. Wheeling residents have deep roots here; we are each other’s neighbors; we know each other too well.

The attraction of people watching is in its mystery. Who are those kids break dancing at Union Square? Will you look how that lady is dressed on Park Avenue? How about that kid playing the violin in the 14th Street subway station?

People watching is more than a way to pass time; it fills our inner selves with inspiration: I could dance like that. I can change the way I dress. I want to learn to play the violin.

Sometimes, the anonymity of people watching leads to familiarity. Maybe the girl you smile at on Houston Street smiles back, and you strike up a conversation. Perhaps the Chasidic Jew passing out fliers at Washington Square Park invites you to his synagogue on Saturday. 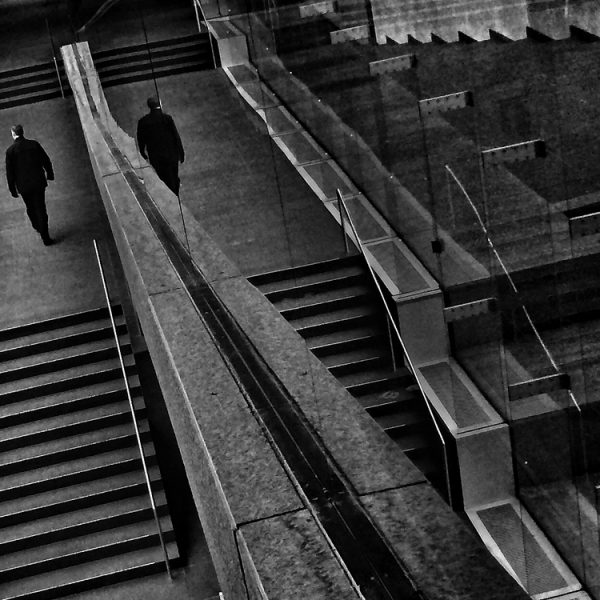 Sometimes, people watching is a solitary pastime, like this scene on a stairwell in Pittsburgh.

Then there’s the spontaneity of people watching. As you may have guessed by now, I recently returned from a New York day trip with my wife, Beth, and my daughter, Noa. We boarded the subway in the Village hours before the Sabbath began. One woman sitting down heard us refer to Noa by her name, which is Hebrew in origin. Turned out, she was from Israel, which sparked a comment from the man sitting next to her that he’s married to an Israeli. That, in turn, led to the pizza delivery boy standing next to Beth saying he was an Israeli, too. When the subway pulled into our station, and we exited the car, I said, “Shabbat Shalom” (a peaceful Sabbath) to the seated woman. To our pleasant surprise that one gesture touched off a flurry of Shabbat Shaloms all over the car, even from people we hadn’t met—only in New York.

The streets of New York are living classrooms.

So, class dismissed in Wheeling? If our little city can never be a people-watching Mecca, why even post this story? Have I written myself into a corner?

Not at all. Wheeling can never compare to New York when it comes to people watching, but New York can be its mentor.

People watching is a public activity. It happens on the streets, in the parks, in the stores and on the subways.

Of course, Wheeling doesn’t have a subway, and its department stores closed years ago. But it does have streets, and it does have parks.

It’s time to reclaim them, make them the pulsating centers of everyday life that they are in all progressive cities.

I’m not talking about this annual festival or that annual parade, and I don’t mean attracting new businesses to downtown (which would be wonderful, but that’s a different story). I’m talking about that buzz of sheer life one experiences when walking down the sidewalk of a major city, strolling through a park or playing along a riverfront. Too often, this kind of life happens in Wheeling’s public places only when something is scheduled.

It shouldn’t be that way. We should walk through our public places every day and find life percolating. Where are our sidewalk vendors peddling books, T-shirts and knock-off purses? How about our own Heritage Port musicians and dancers? Why don’t we leave our T-shirts, and jeans at home and dress to express?

Let’s do public art in public places and play pickup games of soccer and Wiffle Ball in the green commons. (Hint to our city council: No box stores are moving downtown. Maybe that hole we’ve made between Main and Market ought to become a park, much like Allegheny Commons on Pittsburgh’s North Side—a place to congregate, play and create.)

Am I asking too much? I am, after all, a relative newcomer to Wheeling, what do I really know about my new hometown?

Not much, I admit. But I am from Pittsburgh—the Mon Valley specifically—and I’m old enough to recall the shut down of the steel mills there. I recall their demolition, and I recollect the very real belief that nothing would ever again rise in their place.

Today, Homestead and the South Side are thriving places. Unlike the Highlands, they boast shopping centers, homes, squares and plazas, public art installations and recreation trails. People don’t come to these Mon Valley oases just to shop or reside; they come to live.

People watching is a byproduct of living. It happens when people come out of their homes and express themselves in positive (and public) ways. We’re not especially used to public expression around here; we’re out of practice. Fortunately, though, practice makes perfect, or at least a happening place to live. 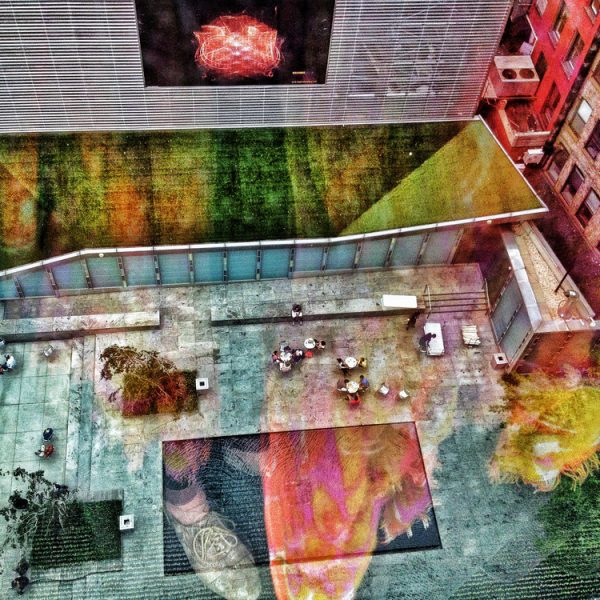 Plazas, like this one in New York, are great places to engage in a little impromptu people watching.