Route 88 meanders through the Ohio Valley countryside, connecting the city of Wheeling to Oglebay Park and small, rural towns and farms along the way. More significantly, for some, Route 88 is the lifeline that carries students, faculty, staff and visitors to two of the area’s oldest institutions of higher education, West Liberty University and Bethany College. This important role earned Route 88 the seemingly humorous moniker, “The Cow Path to Culture,” and is a standing metaphor for much of life in the northern part of the Mountain State and throughout Appalachia.

Route 88 was once an actual cow path upon which the animals were herded across the farmlands of the region. Like many other places in the country, it made more sense to locals to pave the beaten cow path than to blaze a new trail as modes of travel advanced. But as has been somewhat painfully obvious over the last century, maintaining the well-trodden road might not be the best way to go.

In 1893, a minor New England poet, Sam Walter Foss, wrote a poem with a major message. “The Calf-Path” tells the story in verse of a path driven by a calf through Boston, Mass., which, after years of other animals and eventually humans, following the path, was paved and became a major thoroughfare. The funny, yet poignant, poem takes readers on a journey through time and encourages deep thought about life decisions. Mainly, Foss wonders, why should we continue going down the same road in deed and thought when it might not be the most direct or even the best route?

Just like the calf path in the poem, Route 88 rambles and turns and plunges on its trek from Wheeling past Oglebay Park beyond the farmlands and homes and on to West Liberty University and then Bethany College. I commuted to West Liberty in the 1990s and cursed the winding road more than once during the icy winter months. My classmates and I anxiously wondered who would build a college on top of that hill? More so, we jokingly wondered how we made it to graduation.

We were not the first students to ponder such things. A 1972 Sports Illustrated article tells the tale of four student-athletes from Israel — Avraham Melamed, Moshe Gertel, Yoel Kende and Danny Stern — and their “250-pound Irish Catholic coach,” Tom Grall. The students were recruited for the West Liberty swim team. Avraham Melamed described their journey from the Pittsburgh airport along Route 88 in harrowing, awe-struck terms then concludes: “It was easier getting from Ramat Yohanan to Pittsburgh than it was to get from Pittsburgh to West Liberty.” Writer Mortin Sharnik paraphrases Melamed:

“All roads do not lead to West Liberty, but one that does, Route 88, is called the Cow Path to Culture. The Israeli was taken on a more scenic route, a roller-coaster ride over a ribbon of cracked concrete, with no guardrails to prevent a car from taking a shortcut down a ravine. Melamed kept his nose pressed to the car window, looking for the bright lights. Instead, he saw farms, strip mines and hairpin curves.”

The effort, of course, was worth it. The Israeli students went on to make the swim team as winning as West Liberty football, which at the time the article was written had two consecutive undefeated seasons. More so, they earned great educations from the oldest institution of higher education in the state of West Virginia.

While Sharnik’s article is a fascinating and humorous look at the past, it is the title that catches my attention: “Wandering Jews in an Unpromising Land.” Clearly, Sharnik was playing on the students’ ethnicity and well-known Biblical references. Regrettably, the term “unpromising” is simply the same old stereotype of West Virginia arrived at by taking the same old mental cow path. Now, 46 years later, that cow path has been paved over again and again, and few people outside the state (and even within its borders) are willing to blaze a new trail. West Virginia needs to free itself of the shackles of presupposition that continue to hold us back from achieving greater success.

These stereotypes not only negatively color West Virginia, but all of Appalachia. We are told time and again by the popular media (and even ourselves) that there is nothing here. Appalachia is a wasteland, people say. A no man’s land of little possibility and less opportunity, they echo. And more often than not, this lack is blamed not on politicians or exploitive company owners, but on Appalachians themselves.

This blame goes back decades to early literature, TV shows and movies that exploit the region’s hardships for book sales, ratings and box office records. Few can forget The Beverly Hillbillies and their clueless, backwoods characters with hearts of gold or the psychologically deranged figures from Deliverance. Popular culture tells us that Appalachians are poor, willfully ignorant souls who are too lazy to improve their lots in life. These ideals have been further entrenched by presidential “poverty tours” conducted by presidents and other politicians throughout the 1960s to prove to the American people outside the region that Appalachians are poor, white trash that need their help.

Unfortunately, many of our own people have embraced these ill-conceived views of ourselves and live accordingly. Of course, we never see ourselves as morally-bankrupt, ne’er-do-wells, but we willingly believe it of our neighbors. J.D. Vance, author of the bestselling book, Hillbilly Elegy, encourages the country to continue to blame Appalachians for our misfortunes. It is our own fault that we suffer from the world’s highest rates of opiate addiction, he argues. It is our own fault that many of our children live in poverty, he states. By continuing to claim that Appalachia’s poor are responsible for their own conditions, the nation’s eyes can be averted, not out of guilt but out of blame. Our country’s hands can be washed clean since Appalachians create our own misery and wallow in it.

It is easy to see why this particular cow path has been well-worn and paved over. It is to the benefit of politicians whose pockets are lined with money from the oil and gas industry to continue to shame and blame our people so that they never ask for more. Our land has been raped of resources while our people have been underpaid and exploited. None of this could happen if not for desperation and mentally following a well-worn cow path that leads to broad, self-defeating conclusions about poverty, drug abuse, and job loss.

Even now, young men fight for jobs in the dying coal industry for the promise of what they believe once was but will never be (again). Now is the time to take a different path. One that is not littered with stereotypes and preconceived notions. I am reminded, as I am sure you are by now, of another poem that urges readers to take the road “less traveled by.” I urge you, my fellow West Virginians, imagine a different life for yourselves and for generations to come. I’ll always take the cow path to culture to serve my alma mater. West Liberty University is in my heart forever. But my mind will be on a different metaphorical route that allows for new possibilities for West Virginia, Appalachia, and its people.

We no longer have to play the role of eager simpletons to keep our jobs. There are no jobs. Let’s create our own through education, new industries and innovation. A change in mindset will make all the difference. In this moment we must abandon who we are told we are and become who we know we are. We are West Virginians: toughened by adversity, wizened by necessity and softened by empathy. 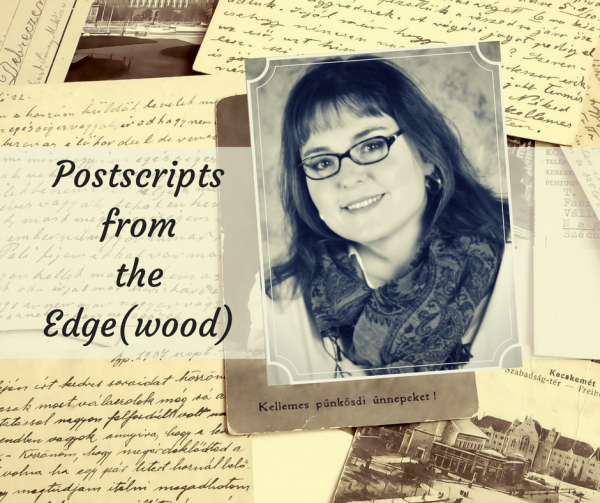