Editor’s note: In this series, Weelunk readers will meet their neighbors who are successfully navigating the road of recovery. Like any road trip, recovery has stretches of smooth highway as well as the occasional pothole. These are the stories of travelers who are making steady progress toward a better place, one day at a time.

If you are among those who doubt that long-term recovery is indeed possible, allow me to introduce you to Nancy Jane* (not her real name) of Belmont County, Ohio.

Nancy Jane, who is retired after working for years at a local drug and alcohol counseling and referral agency, has alcohol use disorder, or AUD. In August 1967, she became a member of Alcoholics Anonymous (AA). If you run the numbers, you’ll find that means she’s been sober for nearly 52 years now.

In 1967, Nancy Jane was in her mid-30s and the mother of four children between the ages of 8 and 15. She said she was not a neglectful mother but does admit to spending her days counting the minutes until nighttime when she could start drinking. Like many addicts, Nancy Jane is very intelligent, and even as a young woman was wise enough to know she had a problem.

“I knew for sure that something needed to change,” she says of those years in her life. The turning point for her came while listening to a violent verbal argument between her best friend and her husband, whose rage was incited by their own drinking.

“I remember thinking, ‘There must be a better way of living than this,’” she says. At about the same time, a neighbor lost two of her children in a house fire. “That made me stop and think,” Nancy Jane recalls. “But for all the wrong reasons. I was thinking, ‘What if that happened to our family?’ But I wasn’t thinking so much of my own children as I was about myself and how I would be perceived as a mother if something happened to my children while I was drinking. It was all about me and my ego.”

Her feelings were typical. In active addiction, a person is continuously absorbed in getting his or her next fix. This constant drive to think of his or her own need fuels a dysfunctional, almost narcissistic existence.

“It is constantly preoccupying; it takes a person over — mind, body and soul. For those who live with an addict … life can be discouraging … No matter what you do or how hard you try, you will always come second; second to the addict’s pressing needs … second to the disease,” states psychologist and author Dr. Tian Dayton in a Huffington Post article on addiction.

And according to the American Medical Association (AMA), alcohol use disorder has been classified as a disease since 1956. In 1991, the AMA took the additional step of endorsing the dual classification of AUD by the International Classification of Diseases under both the medical and psychiatric sections.

A PHONE CALL WAS THE FIRST STEP

Nancy Jane doesn’t remember how she heard about AA back in those days, but somehow she knew of the organization and mustered the courage to call them. “I knew I needed the help of a higher power,” she says. “But I didn’t think God would help someone as undeserving as me.” 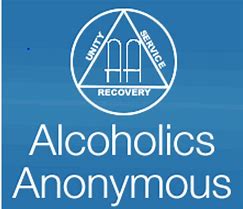 Shame and guilt go hand-in-hand with addiction of all kinds. According to psychologist Barbara L. Wood of Addiction.com, “Twelve-step groups promote healing in so many ways, but one of the most important is that people who feel terrible about themselves receive understanding, love and affirmation that counters their worst fears about themselves. Internalizing the loving, forgiving messages heard at AA meetings and accepting responsibility for the mistakes you’ve made can both help those in recovery to rise above guilt and shame and move forward with their lives.”

Nancy Jane agrees, and says that it took quite some time, but attending AA meetings — daily at first; sometimes even more than once a day — eventually helped her recognize her self-worth and learn to stop using her drug of choice.

When a person first contacts AA, his or her call is returned by an AA member who introduces them to the 12-step program. 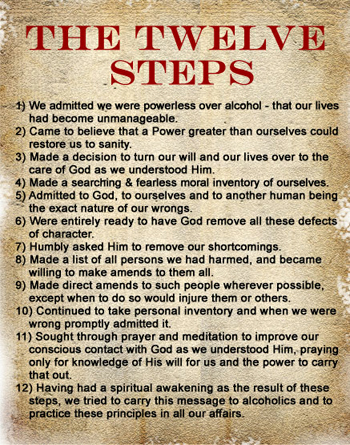 A man named Bill returned Nancy Jane’s call, and they agreed to meet in person. When Bill arrived on her doorstep to talk with her, Nancy Jane was shocked when she opened her door. There stood a man she already knew as the principal of her children’s school. Though that initial moment was a bit awkward, he was a good friend to her, teaching her the ropes and encouraging her in her journey. He taught her to listen more and speak less.

“His first words of advice to me were, ‘Take the cotton out of your ears and stick it in your mouth,’” Nancy Jane remembers with a chuckle. “It was good advice!”

After attending a few meetings, Nancy Jane was approached by a woman named Gean, who offered to be her first sponsor. She remembers that Gean was one of only four other female AA members in the local area. In AA, sponsorship must be mutually agreed upon by both the sponsor and the new member. Nancy Jane accepted Gean’s offer, and Gean became her sponsor for the next 20 years. Being African-American, Nancy Jane asked Gean if she could “talk to someone black,” which led to her meeting Johnny, another African-American AA member who would also become a mentor to her.

AA advises that newcomers adhere to the “90 days/90 meetings” schedule of attendance in order to create a healthy foundation for their sobriety. Nancy Jane followed that rule and believes it was important to starting off on the right foot. She spent many hours at meetings listening to recordings of “leads,” or other AA members’ stories of success. She explains that a good lead answers three questions for the listener — What was it like when you were using? What happened to bring you to AA? and What is it like for you now? Hearing the stories of others made her feel less alone in her struggle.

Feeling alone in AA as an African-American woman was a given in the 1960s. Nancy Jane recalls that there were no other women of color in the local groups. Johnny became her guide and friend. She traveled to Steubenville to meet Johnny and his wife and children. Her first question to him about AA was, “Are they real?” She wondered if the caring and supportive atmosphere of the group was genuine. He assured her that it was, and that people there truly wanted other members to succeed in their recovery.

Nancy Jane joined a women’s group within AA, despite the fact that there were very few females in attendance. They spent time discussing issues unique to women who abuse alcohol, as there are several key differences between men and women when it comes to alcohol use. For instance, because of their smaller body size and other factors, women’s alcohol tolerance is often lower than men’s. According to drugabuse.gov, women are also more prone to binge drinking. There is growing evidence that alcohol consumption increases a woman’s risk for breast cancer. The risk of unplanned pregnancies in women who abuse alcohol is also increased because of the heightened risk of having unprotected sex. Abusing alcohol is also known to be a factor in women becoming victims of violence or sexual assault. For a variety of reasons, death rates for women alcoholics are 50 to 100 percent higher than that of men.

In her early years of sobriety, Nancy Jane remembers a minister telling her that her recovery was vital to her being a good role model for her little girl. Those words stuck with her and motivated her to continue her journey. Nancy Jane also credits her longtime friendship with Gean as a powerful factor in her recovery. Over the course of time, Nancy Jane got to the point where she was comfortable attending meetings just once per week. Nearly 52 years later, she still attends meetings as her health allows.

Years ago, someone suggested that Nancy Jane find a hobby she enjoyed in order to keep her mind and body occupied and productive. In due course, she settled on woodcarving.

“It felt good to finish something,” she says. In addition to woodcarving and regular meeting attendance, Nancy Jane has found educating herself through AA-recommended reading materials and finding fellowship with others in recovery to be particularly helpful.

Nancy Jane studies a mini version of the classic AA “Big Book,” left. Someone suggested a hobby to keep Nancy Jane’s mind and body occupied. She took up woodcarving.

“Every alcoholic has a tender, precious, vulnerable spot inside of them that some may only be comfortable revealing to another alcoholic,” she shares. For this reason, she has spent much of her life in the company of other sober friends who fully understand the challenges.

Anyone familiar with recovery knows that success is achieved one day at a time. This month, Nancy Jane will celebrate 18,980 days of that success. She is exceedingly humble and deflects any praise on her accomplishment. This race is a marathon with no tangible finish line, but Nancy Jane is nobly staying the course.

“Sobriety isn’t just about stopping. It’s more about having a good look at yourself, your relationships and the people around you, then beginning to enjoy life.”

If you or a loved one struggle with AUD, help is available by visiting the AA Resources website page and searching your location by state.

If you have been successful in long-term recovery and would be willing to be interviewed for this Profiles in Perseverance series, please contact Ellen at ellenmccroskey@comcast.net.

* Because anonymity is a core principle of AA, “Nancy Jane” is a pseudonym.