Recycling And Brewing Set For ‘Show Of Hands’

(Editor’s Note: This is the first of two stories profiling the participants scheduled for this week’s “Show of Hands” event. The second story will appear on Wednesday.)

The owners of a pair of local businesses wish to grow their respective operations while also improving and promoting the community in which they are located.

Scrappy Pappy’s Recycling Center and the Wheeling Brewing Company are two of the four scheduled presenters set to take the Capitol Ballroom stage during this Thursday evening’s “Show of Hands” event that will be presented by ReInvent Wheeling and sponsored by international law firm Orrick, Herrington & Sutcliffe.

Representatives of the 2015 Multicultural Festival – orchestrated by the YWCA of Wheeling – and of the Wheeling Junior League’s Janie S. Altmeyer Playground also will be welcomed as presenters during the event. Members associated with each project or business will be allotted four minutes to explain the effort and then will be asked four questions by members of the audience.

A donation of at least $5 is requested from those who choose to attend, and those funds are added to the $1,000 contributed by Orrick to create the prize won by the presenter that received the most votes from those in attendance. The doors are set to open at 5:30 p.m., and local band The New Age Adenas (Eric Wellman, Mary Blake, and Greg Pawlack) will perform before the presentations begin. Quaker Steak & Lube will donate the catering for a fourth consecutive event. 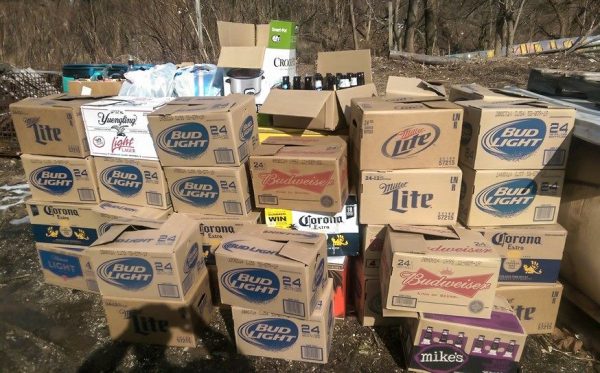 This is an example, says Scrappy Pappy owner Scott Ludolph, of what can be recycled on a daily basis in the Friendly City.

Scott Ludolph has chosen to follow in his father’s footsteps to continue operating the long-time East Wheeling business, but he has discovered the history of recycling in the Friendly City has forced many to lose faith in the initiative.

Ludolph wishes to reverse that attitude.

“We’re involved in a lot of conversations with a lot of different businesses in the area, and what we have found is that a lot of folks no longer think it’s possible around here,” he said. “We do our best to explain what is possible, and I think we have opened a lot of eyes and minds.

“We still hope to work with the city of Wheeling in the future, but I guess we have to prove ourselves first, so that’s what we plan to do,” he said. “Too often in this area people believe recycling is limited to paper and plastic bottles, but there’s so much more that’s possible. Hopefully, as we gain more clients and continue having conversations with people, recycling will grow in this area because we all have a chance to make a great difference.”

Ludolph said he plans to provide the “Show of Hands” audience a lot of visuals during his four-minute presentation.

“Seeing it is believing it,” he said. “And as long as they come with open minds and a wish to improve our environment by limiting what is place in our landfills, then I think everyone in the room will learn more about recycling.

“We just want to expand our business, and that is why we are now working with several private clients and why we are in conversations with many more. For me, it’s not just about making money. It’s also about this community.”

The Wheeling Brewing Company will be one of four presenters during Thursday’s “Show of Hands” event at the Capitol Ballroom.

Since the first day the Wheeling Brewing Company opened in mid-December, the partnership has had dreams of growth while also keeping cognizant of the trials and tribulations involved with entrepreneurialism.

Chad Hill is the CEO, Dave Cornet serves as the CFO, the chief design officer is James Schulte, and Josh Clarke serves as the brewmaster.

“Things are going very well so far, and we’ve been blessed by a lot of support from the community,” Hill said. “We hope that support continues because I know we plan to continue to work hard to make coming to the Wheeling Brewing Company the best experience it can be.”

Hill said, though, expansion is in the plans and the company wishes to purchase a sixth fermenter in order to create and serve a sixth house brew. Currently, the Wheeling Brewing Company offers the Nail City Porter, McColloch’s Wheat, Moon Dog IPA, Panhandle Ale, and Old Reymann’s Ale, and the establishment also includes an ever-expanding menu.

“We just hired our new chef, Alan Hoffman, and he comes to us with over 30 years of experience,” Hill reported. “We will be expanding our menu in the very near future.

“We will introduce the sixth fermenter to the ‘Show of Hands’ audience and our brewmaster, Josh Clark, will explain how it will allow us to get more into the wholesale and distribution business,” he continued. “What we are doing is not just about the beer and the food. It is also about promoting Wheeling as the great city it is, and if our products are distributed outside the area, it will allow a lot more people know what’s going on here now.”

Hill said a contractor has been hired to renovate the brewing company’s Centre Market building, and brewery tours and private tastings are taking place already.

“Our partnership has a vested interested in this city with two of us living here now and the third one looking for the right place to buy right now,” he said. “Of course, we want to succeed, but we want to succeed as a business and as a city.” 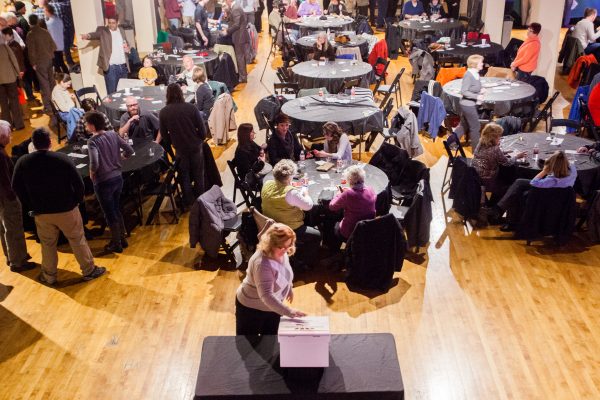