Although the current momentum has attracted the attention of many during the past two years, the movement forward in Wheeling began several years ago with a plan gone bad. At the time the downtown Outlet Mall idea failed in 2001, public frustration reached an all-time high, and the future appeared bleak to many.

But not to all.

Within the pages of the city of Wheeling’s 1997 Comprehensive Plan was a little dream of re-using large buildings in the Centre Wheeling section, and the international law firm Orrick, Herrington & Sutcliffe was first to form a partnership with the city and other organizations to transform the former Wheeling Stamping structure into its worldwide operations center.

Step one was taken.

The razing of the rusted Wharf Garage and the construction of Heritage Port was the second step, and then the Stone Center project, orchestrated by the Regional Economic Development Partnership in 2005-06, converted the former Stone & Thomas structure. Today, Williams Lea, Wheeling Jesuit University, and Cattrell Construction occupy most of the eight floors with a housing project currently under consideration. 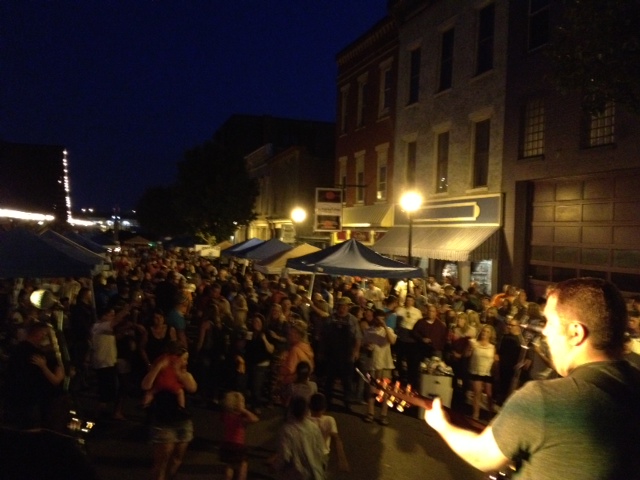 The purchase of the Capitol Theatre by the Wheeling Convention and Visitors Bureau in 2009 allowed for the re-opening a few months later, and since then the venue has hosted Broadway shows, the Wheeling Symphony Orchestra – and the likes of Jerry Seinfeld, Willie Nelson, the Avett Brothers, and many, many more.

These steps were taken slowly, yes, but purposely so in order to place the puzzle pieces together as securely as possible. Folks like Joelle Connors, Olivia Litman, and Jeremy Morris were first to step forward, to see potential, and to not give up. Their efforts have attracted a crowd, too.

Much of what has occurred since, as far as economic development is concerned, has been supplied by the private sector. Kalkrueth Roofing, in fact, spent millions of dollars to completely renovate the former Riley Building – inside and out – on the corner of 14th and Chapline streets and the project has instigated many more. This week alone, as many as eight buildings in Wheeling’s downtown district are undergoing exterior upgrades.

It is not just about downtown Wheeling, but downtown Wheeling is the reflection people view from afar. For too long the impression of this once bustling area provoked sympathy and criticism, but today many view it as an opportunity.

There is no way to tell how many steps will need to be taken and many more challenges remain before the critics can be silenced, but the defeatist, can-kicking attitude has fallen in defeat.

And all it took was a few folks with some guts.