The first I had heard of the country was when Nadia Comaneci captured the world’s attention in 1976. I was 9 years old, and she was just 15, in Montreal for the Olympic Games and swiping the spotlight from America’s Bruce Jenner.

Comaneci represented Romania, an Eastern European country gripped by the growth of the Soviet Union and its communistic ways. As the United States was celebrating her 200th birthday, the gold-medal-winning gymnast was considered property and was controlled as such. Comaneci, we were told in school, was the enemy then, but I remember thinking that she was far too graceful to be adversarial to any other soul. 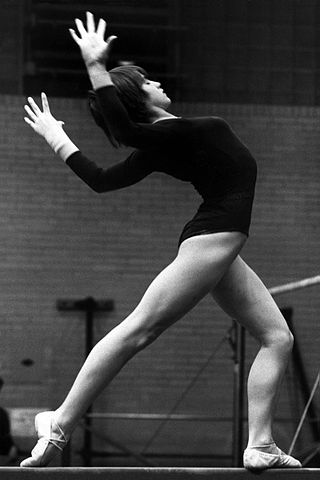 When it came to my confusion concerning communism, I always turned to my Grandma Novotney, an immigrant from that part of the world. Born in 1903, she departed her tiny Slovakian village near the Hungarian border at the age of 16 and immigrated to the United States. She landed on Pittsburgh’s North Side, married, had two children, and then raised them by herself after the grandfather I never met died in an unfortunate accident when my father was just 3 years old.

My grandmother, who is well versed in both Slovakian and Hungarian cultures and culinary dishes, always shared her fond memories of growing up in this region of the world, but when it came to communism, she was bitter. She was a tough woman who never feared sharing her opinions, and she paid attention to the occupations and the revolutions in Eastern Europe in the 1970s and 1980s, and she celebrated as her people won freedom from the Iron Curtain as the Cold War came to an end.

Mihai Barbu knows all about it, too, because he lived it as a citizen of Romania. Thanks to Wheeling resident Jeremy Morris, I had a chance to meet Mihai this past Sunday at the Vagabond Kitchen. Mihai and Morris, the executive director of the Wheeling National Heritage Area Corp., are friends after meeting in Romania more than a decade ago. This meeting, though, had nothing to do with Morris’ job or with the fact that he recently announced his intentions to run for Wheeling Council.

This was all about Morris helping his friend because he gets IT, and he does something about IT.

Mihai is a Romanian journalist from Petrosani who traveled to the United States to capture a current-day perspective on a country known as the “The Free World” across the globe. He has visited various places during his two month trip, and he traveled home just yesterday. His project will include articles on those experiences for the Journal of the Romanian Writers Union and the Tribuna in Cluj-Napoca. Morris took him on a tour here in Wheeling, and Mihai will also compose a piece or two for Weelunk about his impressions of today’s Wheeling. 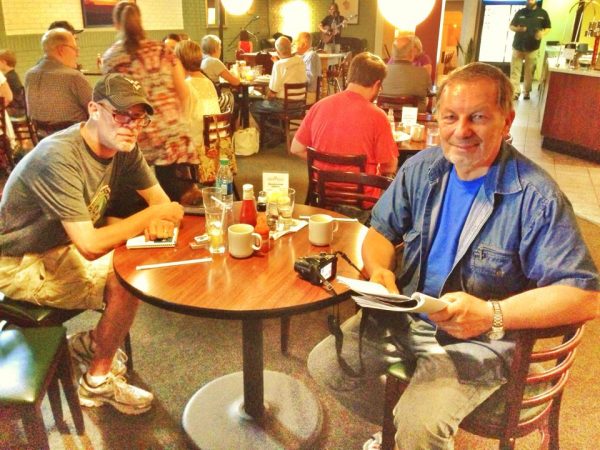 I met with Mihai for Sunday brunch at the Vagabond Kitchen in downtown Wheeling. (Photo by Jeremy Morris)

He saw the inside of Independence Hall, and he visited Centre Market and several other historical destinations in the area. He broke bread with Marc Harshman, a Wheeling resident who serves as West Virginia’s Poet Laureate, and he interviewed me, as well, as an American journalist. He asked about my family’s roots, about my career, why my wife and I decided to move home, and about what I do for a living – all between bites of his veggie omelet.

Mihai also asked me about baseball and why I adore the game to the extent that I do. He explained that in Romania the sport is not well known, and he requested that I compose a description of baseball for his article.

We both had our notebooks and our pens and our cameras and our questions. I quickly became enamored with his accent because it reminded me of my grandmother. His use of English was pretty good, as far as I was concerned, because I found that I still could decipher what he was trying to say to me despite the fact that I have been without my grandmother now for nearly 20 years.

As for what Mihai thought of Wheeling or today’s America, I chose not to ask because I wanted to wait to read his impressions in print. Tour guides usually only focus on an area’s attractions when leading tours, but I could tell Mihai had observed much more than only the positives during his trip through Wheeling. As a curious person I’ve often wondered about how visitors to the Friendly City think about Wheeling, and one day I plan to hop a ride with some strangers at the welcome center at the state’s border near Dallas Pike and travel into Belmont County with them so I can hear about what they see as they simply cruise along on Interstate 70.

Mihai told me he plans to get to work on his articles soon after he arrives home and settles in. He is excited about this project because he wishes for the Romanian people to understand what America is now. His goals forced me to wonder if my grandmother would have immigrated to the United States if she were 16 years old today. She told me then she came here because of communism and because she wasn’t allowed to be her own person, but in the United States it was possible.

At the end of our conversation, Morris took a few photos of us for Mihai’s article, and then we embraced, and he kissed me on my left cheek – another wonderful reminder of a culture that had not touched me for two decades. 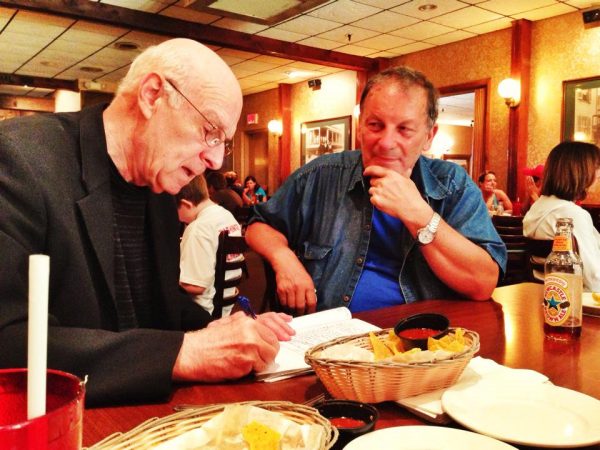