There have been rumors circulating around the money-changing office lately that a production called “Being A Ghost Story of Christmas” and purporting to be the life story of one Ebenezer Scrooge is being mounted at the Strand Theater in Moundsville this weekend.

As the true, unrepentant Ebenezer Scrooge, I can assert quite forcefully that this production bears no resemblance to the course of my actual life, in which I am a hard but not totally unfeeling money-lender practicing my trade heretofore unmolested by fictional characters and fantastical dramatists.

It is true that I do not make merry myself at Christmas, primarily because it is the harvest time for Moneylenders.  I am too busy tending to my chosen profession at this time of the year to bother with frivolities.  I do not like the Festival of Lights either.  Lights?  Humbug. 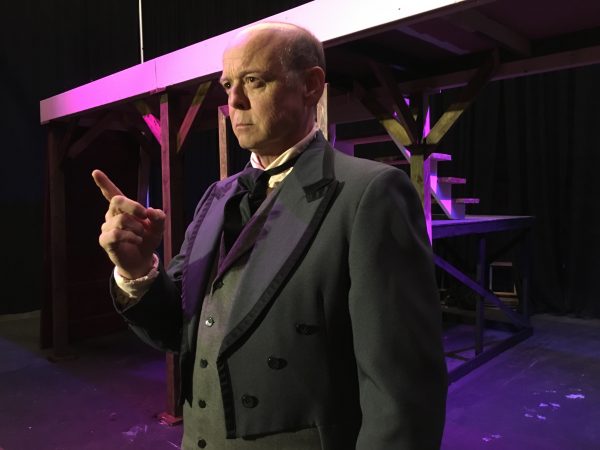 Yep, that’s me. Quite dashing if I say so myself.

In fact, if we were in my native London and not in the United States, where the libel laws are unreasonably soft, I would sue Jeremy F. Richter, the playwright and director who is steering this bankrupt vessel, as well as any producers and anyone else associated with this shameful project.  That’s what I did to that damnable gossip merchant Charles Dickens.  When’s the last time a new book of his was released?  Ruined his career, I did, and I feel no regret over the matter.

If you feel compelled, for whatever reason, to attend this play, perhaps to jeer at the actors or throw rotten vegetables at their feet, I am told the production, which is a fairly straightforward adaptation of the nefarious Mr. Dickens’s “A Christmas Carol,” is running at 7 p.m. Friday and Saturday at 2 p.m. Sunday at the Strand Theatre, 811 5th Street, Moundsville.  Tickets are $9 for students and seniors and $12 for adults.  You can order tickets online at http://www.brownpapertickets.com/event/2468373 or by calling the Marshall County Chamber of Commerce at (304) 845-2773.

I understand that a fellow named Rob Garrison – he was in The Karate Kid, you know – will have the distinct pleasure of representing my visage on stage.  He at least aims to try.  I for one feel my character is not so simply represented but I will reserve further comment on that matter for later proceedings.  I understand the production is reasonably well done, for a community affair, and features some fine local talent as well as a number of school children. 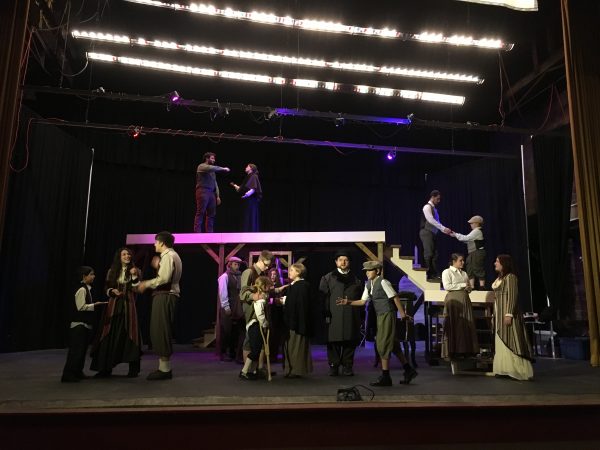 They call this work? Hum Bug.

I reserve little ill will for the members of the cast, it is only their own softheadedness and vanity that led them to this lamentable end.  The theatre, as I’m sure you know, is not a very profitable endeavor.  I reserve, again, the majority of my malice for Mr. Richter, who I feel should be boiled with his own pudding and buried with a stake of holly through his heart.

Finally, I am told I will be visited by three spirits during the course of the play and presumably at some point in my own life.  Well, I am pleased to report that I have experienced precious little paranormal activity since the death of my business partner Jacob Marley seven years ago and I fully expect that trend to continue.  Ghosts?  Bah.  Humbug.