Susie Nelson had a number in mind, but she refused to share it with a single soul.

She admits today that she didn’t wish to share it because she did not want to jinx the inaugural “Amazing Raise” fundraiser in the Upper Ohio Valley.

“I didn’t know what to expect, and I don’t think anyone involved really knew what to expect,” said Nelson, the executive director of the Community Foundation of the Ohio Valley. “It was the first year, and we did our very best to get the word out about it, and then this valley surprised us all.”

Online giving began at midnight, so Nelson was sitting in front of her home computer awaiting the first contribution. And then she saw the second, and then the third, and after about hour she decided it was time to head to bed. She arrived at her downtown Wheeling office at 7 a.m. and proceeded to watch the contributions come in for the rest of the day. 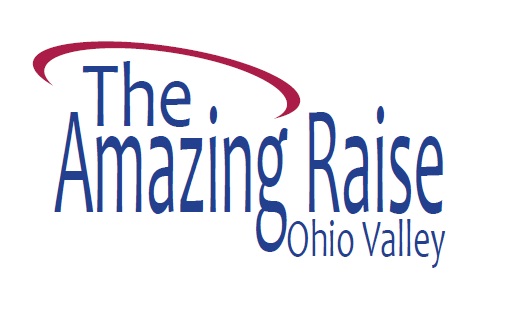 “When were entered into the economic recession in November 2008, there were a few community foundations around the country that started doing online days of giving to try and spur donations for some of their area’s struggling non-profits,” Nelson explained. “One of the first was the foundation in Pittsburgh, and they held an online event called, ‘Pittsburgh Gives.’ And they were very successful despite some computer problems.

“We had wanted to try it, and then when many community foundations decided to do it we decided to get involved. And it turned out to be a very good day,” she said. “In one day we raised a little more than $357,000 with 2,045 separate donations.”

The three organizations raising the most money locally last year were the following: Augusta Levy Learning Center — $51,148; St. Clairsville Library Foundation — $48,893; and the Smith-Goshen Rice Enrichment Fund — $40,547. When combined with the other community foundations participating in Give Local America last year, the day was the single largest one-day giving event in national history raising $53 million.

On Tuesday, the second annual Amazing Raise Ohio Valley will be presented by the Community Foundation as a part of the national “Give Local America” with 120 community foundations across the country participating. Beginning at midnight on May 5, donors may give to their favorite organization by going to www.GiveOV.org. Giving online is simple by searching for their organization on the site and using a major credit card. The minimum amount to give is $10. The event concludes at 11:59 p.m.

“One thing we did learn last year is that some people are still weary of placing their credit card information online, and that’s why our office will be fully staffed that day so anyone can stop by our office at 1310 Market Street on the first floor of the Chamber of Commerce building and write a check or contribute cash if that’s what they would like to do,” Nelson explained. “No matter how someone wishes to make a donation, it is a tax deduction because the monies are going to 501-c-3 organizations.”

The 98 participating organizations also may take advantage of a bonus pool of money contributed by sponsors and local foundations.

“They have contributed to a bonus pool that gets awarded during the day for anything from the first donation to the last one,” Nelson said. “It throws in a few twists that some of the organizations choose to concentrate on. They tell their potential contributors to make those donations at certain times because of the way it is set up.

“A lot of companies have become involved, including some of the gas and oil companies we have opened in the area during the past few years, and that means that the private sector is buying into what so many great non-profits are doing in our area.” 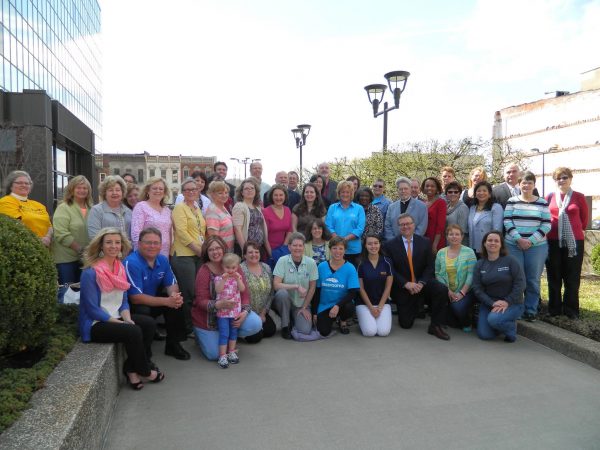 According to Nelson, the bonus pool dollars will be distributed proportionately among participating organizations based on money raised. In addition to the bonus bucks, there are also special cash prizes awarded throughout the day. Those prizes are as follows:

Robinson Automotive Group Most Money Raised — One $3,000 prize to the organization that raises the most money

WesBanco Second Money Raised — One $2,000 prize to the organization that raises the second most money

WTRF Third Most Money Raised — One $1,000 prize to the organization that raises the third most money

AEP Mountaineer — One $500 prize to the organization headquartered in West Virginia that raises the most money from 8 a.m. – 10 a.m.

Harvey Goodman Realtors Buckeye Award — One $500 prize to the organization headquartered in Ohio that raises the most money from 2 p.m. – 4 p.m.

XTO Energy Rush Hour Award — One $500 prize awarded to the organization that receives the most unique online donations of any size between 5 p.m. – 6 p.m.

EQT Night Owl Award — One $500 prize to the organization that receives the most unique online donations of any size between 10 p.m. – 11 p.m.

Golden Tickets ($500 prizes, to be eligible an organization must receive an online donation during the specified timeframe):

The $357,000 raised by Community Foundation’s “Amazing Raise” event ranked 24th nationally, but Nelson is again remaining silent concerning her projection for this year’s Amazing Raise. Her secrecy this year, though, is for completely different reasons.

“This year I’m really not placing any expectations on this year’s ‘Amazing Raise’ because what we learned last year is that no matter how much is donated, it’s still a day of giving,” Nelson said. “And that makes it a very good day here in the valley because every dollar is going to an organization that works hard to make where we live a better place.

“I know what I hope happens,” she added with a smile. “If it does, great, but if it doesn’t, a lot of people will be assisted by the funds that are raised.”

Greater Wheeling Coalition for the Homeless

Our Lady of Peace School

The Children’s Museum of the Ohio Valley