Let’s get something straight from the get-go. YOUR VOTE COUNTS!

Look no further than the 2000 U.S. Presidential election for statistical proof of that. Six hundred votes in the state of Florida decided the national election between the frontrunners George W. Bush and Al Gore. Six hundred votes out of 105.4 million votes cast! And, although Mr. Gore won the popular vote by more than 500,000 votes, he was defeated by Mr. Bush in the Electoral College.

Stated simply, voting is our contribution to deciding who will run our local, state and federal governments and how they will be run. This time around in West Virginia, for example, our votes will help choose a U.S. Senator, a Representative in the U.S. Congress, a state Senator, state Delegates and a circuit judge, among others. And our votes could change the West Virginia Constitution, as well.

The more local the election, the more vital and impactful our voting becomes. In very recent years here in the Upper Ohio Valley, tied elections in several towns were decided by a coin flip or by choosing the higher number from a deck of cards. One additional vote would have decided those elections. 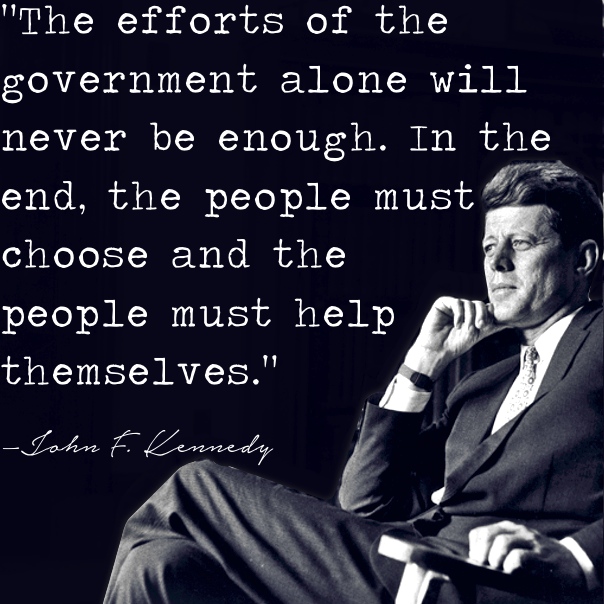 While that thought is percolating with you, consider my seven reasons why we, as Americans and good citizens of the Upper Ohio Valley, should vote in every election, mid-term or otherwise:

Our vote is our Voice in Government:
Our votes speak directly to elected officials about our opinions on the economy, education, public safety, taxes, health care, jobs and other important issues of the day.

We make an impact when we vote in numbers:
Statistically, only 50 percent of eligible voters in America are registered voters. And less than 40 percent of registered voters take the time to vote! If we don’t vote, our voices are lost, and a minority ultimately decides the direction of our governments.

Voting changes neighborhoods and communities:
Ever wonder why one neighborhood gets passed over for needed improvements, while another seems to get all the government love? Our votes in state and local elections get the undivided attention of elected officials. They know who votes and where those voters live. Voting gets results!

Voting effects real change in the economy:
Some elected officials are champions of balanced taxation, raising the minimum wage or preserving our civil rights. Others believe in lowering taxes on the rich, eliminating jobs with technology or removing environmental regulations. Our votes make a difference on how the rich, the poor and the middle class will be treated within the laws passed by those we elect.

We vote for our children’s welfare:
They can’t vote, so we should. Our concerns about our children’s educational opportunities, safety, environment and future economy are addressed directly when we go to the polls.

Voting honors our history and each other:
Throughout American history, there have been factions who did not want us to exercise our right to vote. Many have died for our freedoms to insure that right. But even today, with voter-registration limitations being passed and voter fraud taking place, there are still those who want to keep us away from the voting booth.  We honor our heritage and thwart the manipulators by saying “YES!” to voting.

Voting gives us street cred(ibility):
If we don’t vote, we don’t matter to the politicians and the elected officials.  Period. And we have no basis for raising our public concerns. By voting, we establish a baseline for our opinions and desires to be voiced and heard in the public forum.

Our participatory democracy is counting on us today and in every future national, state and local election. Our absence from the polls erodes and taints the electoral process little by little. Let us resolve to educate ourselves on the candidates and the issues. Read, watch, listen, discern, decide. Then, VOTE for the continued health of our nation, our state and our community.

Citizen, America and the Upper Ohio Valley need you!  Will you answer the call today?