The arts, local children, and local consumers will be the focus this Wednesday evening during the eighth “Show of Hands” event at the Capitol Theatre Ballroom.

The doors will open at 5:30 p.m., and the event will get under way at 6 p.m. with live entertainment by local musician Shannon Canterbury. The quarterly showcase is set to begin at 6:30 p.m. with the first of four scheduled presentations. Each participant is offered four minutes to present his or her business or project, and following the pitches each participant will field four questions from audience members. At the end the audience members are asked to vote for their favorite presentation. The one that collects the most votes wins the prize money.

International law firm Orrick, Sutcliffe & Herrington once again is donating $1,000 for ReInvent Wheeling’s “Show of Hands” event, and the winner collects that amount plus what is generated by donations offered by those who attend. Attendees are asked for a $5 donation that adds to the amount won by the presenter receiving the most votes. People who wish to donate $10 will be offered a couple of minutes at the microphone to promote a business, event, or a project of their own.

Representatives from the Children’s Museum’s Upcycled Fashion Show, the “You’ve Been Here Before” pop-up art event, the Wheeling Arts and Culture Fest, and the Grandview Grocer have been invited by ReInvent Wheeling officials, and the participating businesses or organizations offered Weelunk readers a preview of their presentations. 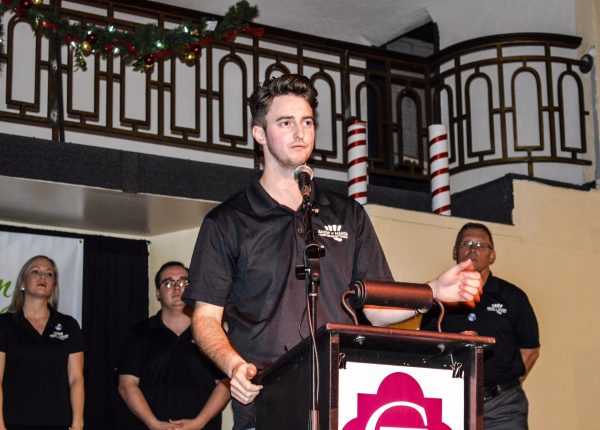 Jake Dougherty is the director of ReInvent Wheeling and is the host for “Show of Hands.”

“The YWCA and the Wheeling Arts and Culture Commission are convinced that with this new partnership, this new two-day festival on the waterfront will be a success for Wheeling. The YWCA will continue its “Around the World” carnival and expand the cultural food selection, among other activities.

“The Wheeling Arts & Culture Fest sends the message to our local families and to others that Wheeling is a good place to live and a good place to run a business. There is diverse work force, a consumer base with varying tastes, and tolerance of new ideas and divergent viewpoints. This is the message that will bring prosperity to our city, our families, and our community.

“If our project is awarded the cash prize, the money will be spent on community art and literary projects during the festival. The committee invites local teachers, artists, and crafters to demonstrate their skills and festival participants are then invited to create their own project. The cash prize would be used to pay for honorariums and to pay for supplies.” 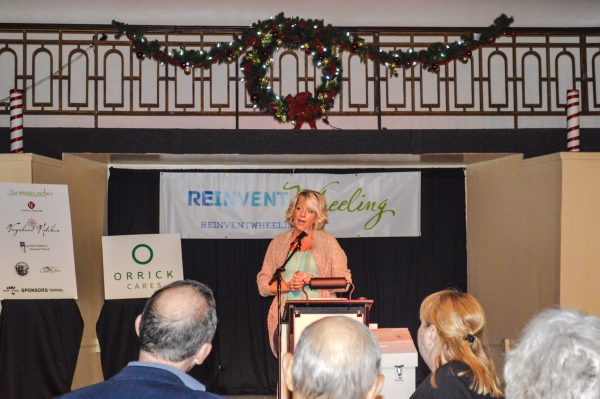 Amy Cordy, owner of the Vintage Cottage at Centre Market, was one of four presenters during the most recent “Show of Hands” event.

“GrowOV is seeking funds at Show of Hands to establish a micro grocery store, one that features locally grown and natural food products. The store will feature wholesome food products from Ohio Valley farmers and producers, including GrowOV’s own urban farms and family farms from across the Valley. The product-line will be determined by the shoppers. Tell us what you want to eat, Wheeling!

“Wheeling has flirted with a natural foods grocery store for several years.  A 2013 survey of 700+ area residents documented widespread interest.  This ultra low-risk micro-grocery will answer these questions:

* How strong is the interest in Wheeling for a natural and local food grocery in its urban core?

* What do shoppers want to buy?

* What will it take to expand into a larger retail space downtown?

“It’s a unique opportunity; the space is already secured. Modest furnishing and inventory purchases will launch this micro-grocery in short order. We’ll have sales data, along with the stories of community impact, to help direct out community’s movement toward a full-scale local and natural food grocer.” 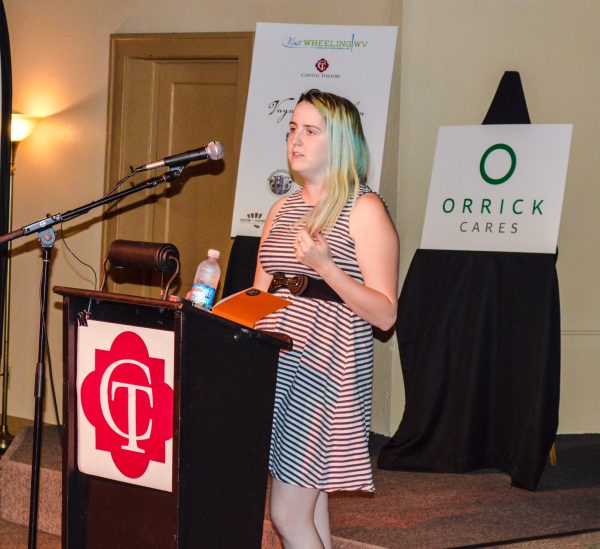 “You’ve Been Here Before” – Brady Lytton:

“I’m representing the ‘You’ve Been Here Before’ pop-up art gallery event at the Blue Church, to take place April 22 from 7p.m. – Midnight. It’s an all-encompassing art show, including visual, interactive, and performing artists offering a professional platform for 23 West Liberty University graduate artists (28 in total) to display and sell their work.

“The budget of the funding would go directly to professional display methods, lighting and atmosphere, supplies for the workshops and murals, catering service, artist compensation for those unable to directly sell their work, and the advertising budget.

“On April 1, I also am hosting a Paint & Sip at the Blue Church as a part of First Fridays. The event will serve as interactive precursor to generate attention to the event as well as create revenue to gift to The Blue Church to be used for future programing in the space.” 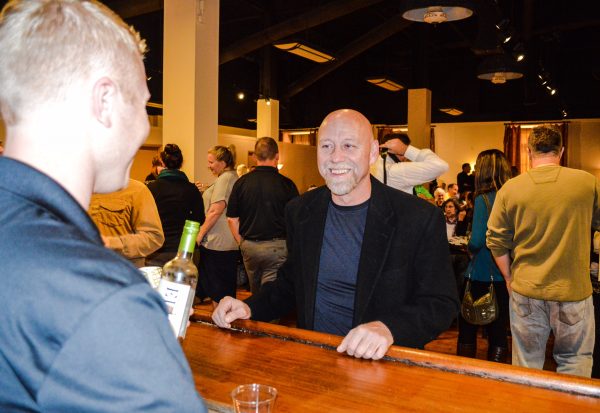 Vince Decrease, one of three owners of D.C. Ventures, attends most of the “Show of Hands” events.

“The CMOV Upcycled Fashion Show will be a program for kids between the ages of 10 and 18, focused on making an ensemble out of recycled materials for a fashion show that CMOV will host in the summer of 2016.

“Funds would be used primarily for resources for creating the pieces and for the upcycled fashion show.

“During the fashion show, which will be held at the future site of CMOV (2112 Market St., Wheeling), designers will walk the runway and model their creations, or they can have someone else walk as a model instead. CMOV will provide three independent judges to score the designs based on parameters such as construction, detail, spirit, and aesthetics. CMOV will award prizes for the top three designers.

“The CMOV Upcycled Fashion Show will add quality and depth of range to the ongoing effort that our organization puts forth daily in downtown Wheeling. We are committed to making Wheeling and the greater Ohio Valley a better place to live and raise a family. By providing the means for an event such as the one we are proposing, we are contributing to our community in that we are offering kids a space where they can think, where they can learn to use equipment to make a project, where they can be creative and see the manifestation of it, and finally where they are known, acknowledged, and welcomed.

“CMOV desires to nurture the maker culture within our organization that allows us to be a resource to everyone who is connected to us or who comes through our doors for any reason. Ongoing and frequent projects such as the one we are proposing send a message to the community that we are consistent, unique, and worthy of their time and energy.”