What It’s All About

The two men stood under a wooden arch that was originally built by a father for the wedding of his daughter to a man.  While Peter Junkersfeld averted his gaze from the crowd of friends and family to keep his tears at bay, his love of thirty three years, David Miller, allowed himself to scan the room while standing under that arch. “Every face I saw, you knew them intimately,” Miller recalled. “Marriage is between two people and the community. That’s what it is. I’m sharing this with them, and they’re sharing with me the recognition of my relationship. That’s what marriage is about … that community recognition of this couple.” 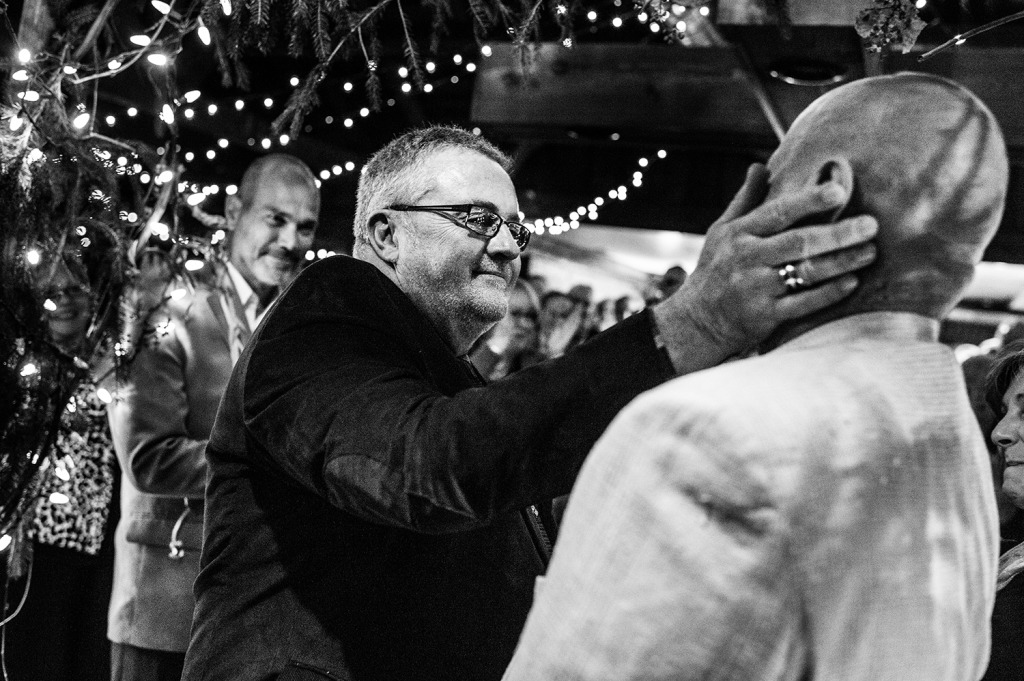 On October 9, 2014, the attorney general of West Virginia, along with the governor, abandoned his defense of a state ban on same-sex marriage. The US Supreme Court had recently refused to review a ruling from the U.S. Court of Appeals for the 4th Circuit that was in favor of freedom to marry.

“By refusing to consider the appeal, the Supreme Court has caused the Appeals Court’s decision to become final and binding on West Virginia,” Attorney General Patrick Morrisey said in a statement. “While we disagree with the Supreme Court’s decision to allow the Fourth Circuit’s opinion to stand and believe it improperly displaces state and local decision-making, we will respect it.”

West Virginia was one of a handful of states who legalized same-sex marriage last month as a result of this ruling, and is now one of 32 states in which marriage between two men or two women is legal.

Miller and Junkersfeld, both in their sixties and long-time members of the Wheeling community, decided to become a part of this moment in the state’s history by marrying each other on October 30 at Oglebay Resort’s Caddy Camp, in the company of well over one hundred beloved guests. The couple was planning to wed this fall, and actually had a date, judge and venue reserved in nearby Washington, Pennsylvania, but decided as soon as the ban in West Virginia was lifted, to change their plans.

“This is where we live!” exclaimed Junkersfeld, arms held out indicating the Wheeling community. “We changed the plans from an intimate wedding with very few guests to a large community celebration. We live here. We wanted it to be here.”

“With two weeks notice,” added Miller, “we didn’t think we’d get a lot of out-of-town guests. We had 40 of them.”  Almost every aspect of the ceremony, from procuring the venue, to arranging the flowers and decorating the space, was gifted to the couple by various friends. “We got the marriage license and ordered the cakes,” shared Junkersfeld. “That’s it. Our friends did everything else.” 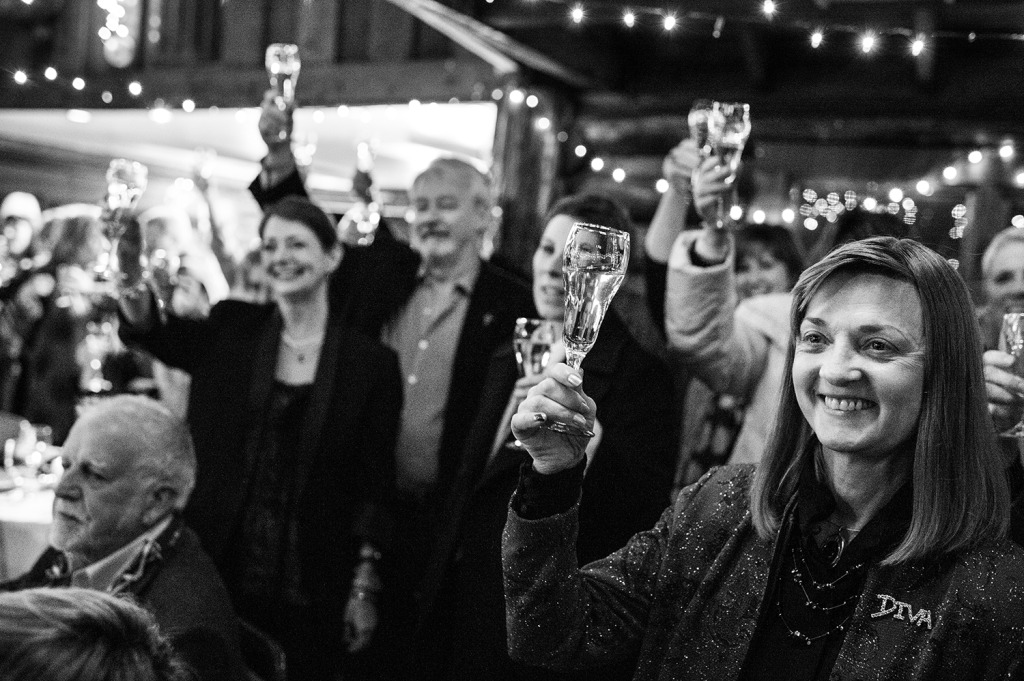 In Sickness and In Health/Till Death Do We Part

Apart from the fact that they could finally legally marry, Junkersfeld and Miller had many reasons for choosing to wed now, after living together as a loving couple for thirty three years (the two met in Washington, D.C. in 1982, and have been together since the day they met.) Junkersfeld was diagnosed with cancer several months ago, and Miller was not going to be able to make health-related decisions on Junkersfeld’s behalf because they were not legally wed. If Junkersfeld were to pass away, Miller would be heavily taxed in order to take full ownership of their shared estate.

Miller lost both of his parents in the last year, and was struck by his reaction to Peter not being mentioned in any of the formal obituaries. “We wanted who we are to be historically registered in this city. We give to this city. We are a part of so many things in this city – the symphony, West Liberty University .. not to mention the phenomenal amount of lives we are a part of here.”

Another reason to marry on October 30? This was the anniversary date of Miller’s recently deceased parents. 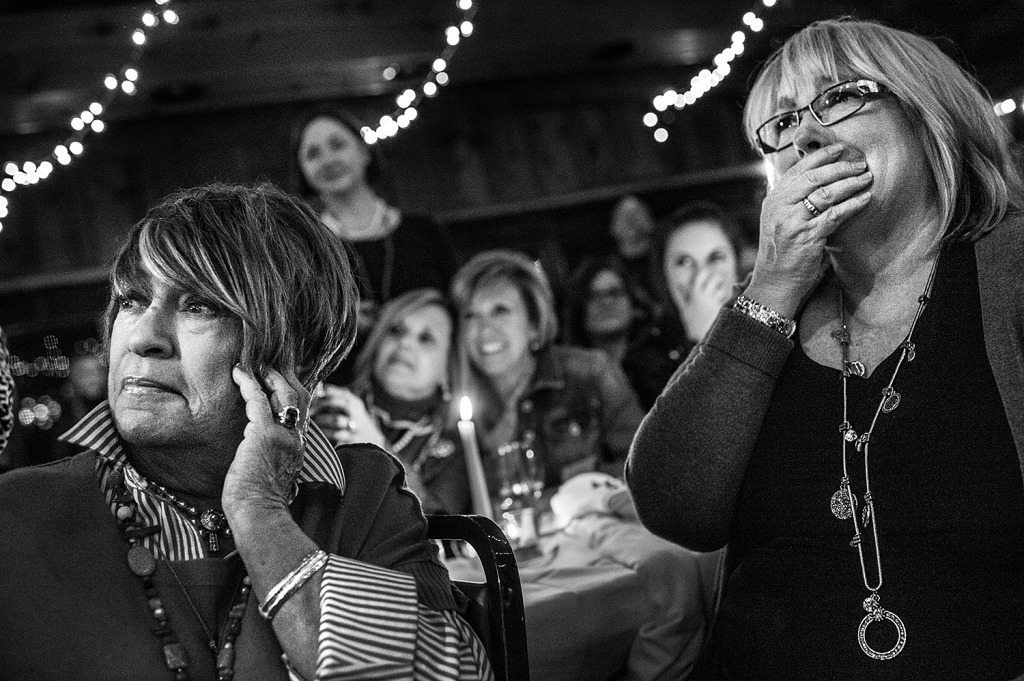 Another same-sex couple was celebrating their October 30 marriage as guests at the reception that evening. Jay Frey and Michael Hires wed that morning at the local courtroom in Wheeling after being together for 18 years.

“After the walls of Jericho came tumbling down, there was no question we were going to do this,” explained Frey. “It was simple; a civil service done by Judge Simms in his courtroom.”

The couple was joined by Hires’ parents who drove in from Chesapeake City, Maryland, for the event. “I never thought that it would happen so quickly here,” said Frey. “And I did not want to get married anywhere else but here, I did not want to be a thief in the night in some other state, where someone could change their minds. And now it’s irrevocable.”

Like Miller and Junkersfeld, they also had a special reason for choosing this date – Frey’s own parents were married on October 30, 1937, and would have celebrated their 76th wedding anniversary on the day their son was able to marry his long-term love.

A pastor of a small local church married the two. This was not his first time officiating a same-sex marriage, but it was his first time doing so in West Virginia. During the ceremony, he said that it was both “an honor” to be the officiate, and that this was certainly a “long time coming.”

When asked why he agreed to do this ceremony he answered, “It’s a no brainer. I had already worked through the issues of a same-sex marriage with someone close to my congregation back in July. I also had some friends in seminary who were gay. That’s the transformative piece – when you meet other people trying to become pastors who are gay.”

The young pastor admitted that this community was probably not as open to same-sex marriage as other more metropolitan areas of the country. In fact, he did not want his name used for this article, citing concerns that, although church leadership would approve of his involvement, there were members of his congregation who would not understand his decision.

The impact that Junkersfeld and Miller have had on the lives of so many members of their community was never more evident than in that room on the evening of their wedding. The group of men and women leaning on and hugging each other during the ceremony and freely allowing tears to flow down joyful faces was the most diverse mix of people I had ever seen under one Wheeling roof. I spoke to a 92 year old woman who described the challenge of finding an appropriate wedding card at the local Dollar General, and watched a young girl bouncing on the balls of her feet describing her recent 17th birthday party. I saw local artists and nonprofit leaders bowing their heads in prayer alongside Old-Wheeling blue-blooded businessmen.

Their unity in celebrating and honoring these two men was best expressed when the entire audience spontaneously began to sing along to “Somewhere Over the Rainbow” as Junkersfeld and Miller stood facing each other at the start of the ceremony. People instinctively clutched each other’s hands tightly when the young officiate led the group in a recitation of the prayer of St. Francis.

The feeling in that room was not of a group of spectators watching two people make a significant yet predictable step into married life together, but instead was one of true witness. Each of us, young and old, conservative and liberal, black and white, strove to hear every word that the pastor said, strained to see the couple’s expressions as they shared their wedding vows. We were not watching; we were participating, validating, embracing, loving Peter and David and each other.

Most of us were not thinking about the issue of same-sex marriage – that two men were marrying each other on that day. We were thinking about “our Peter and David” finally marrying each other. It wasn’t that we had come to accept same-sex relationships and then accepted Junkersfeld and Miller. We came to love the couple, we experienced their love for each other and for this community, and then realized that the “issue” of same-sex marriage is not the issue at all. “If you can love deeply then you understand love, “ shared Miller. “It takes the relationship with people who love each other – regardless of who you are. People know the depth of our love. They know what we have been through together this year … they see us.” 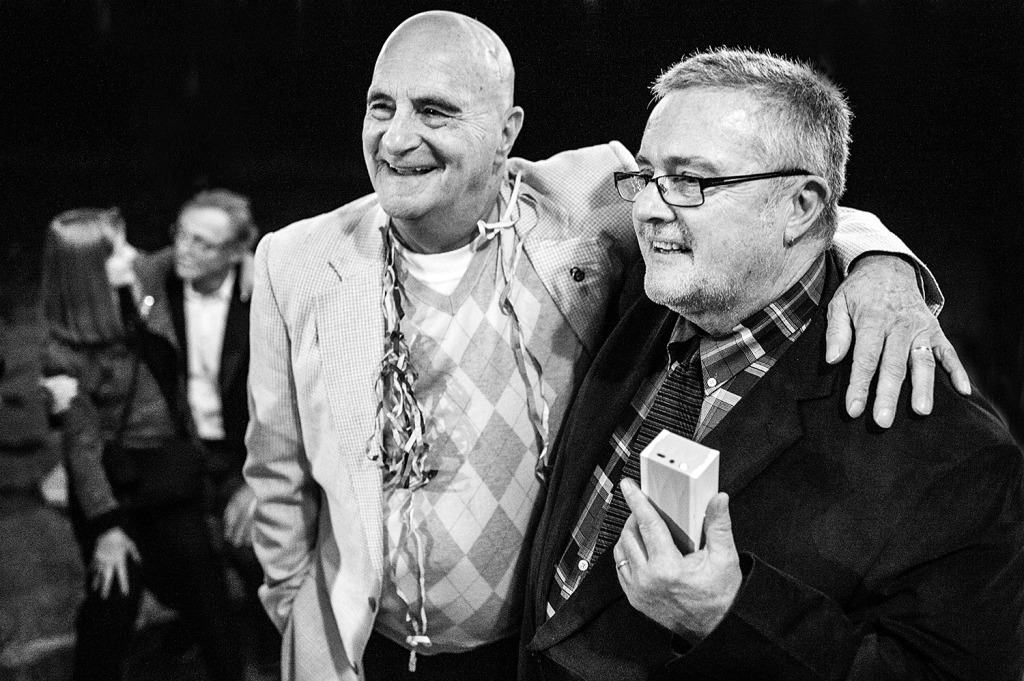