I make soup every Sunday between mid-December and mid-March.

To name a few.

My wife and son eat a bowl, and so do I. The rest – between six and eight gallons – has been delivered the past five years to the homeless staying at the Winter Freeze Shelter operated by Youth Services System at its headquarters in East Wheeling. 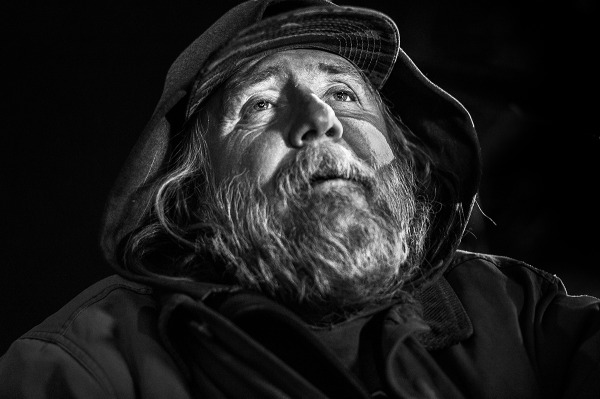 The shelter is permitted to allow 16 homeless men and women to spend evenings on its fourth floor. Volunteers stay the night, too, to make sure the needs of the nightly guests are met, and local residents and restaurants provide warm meals each evening after the residents are allowed to enter the building at 10 p.m. Because the weather has turned unbearably bitter this week, YSS Executive Director John Moses decided to open the Winter Freeze Shelter one month early. 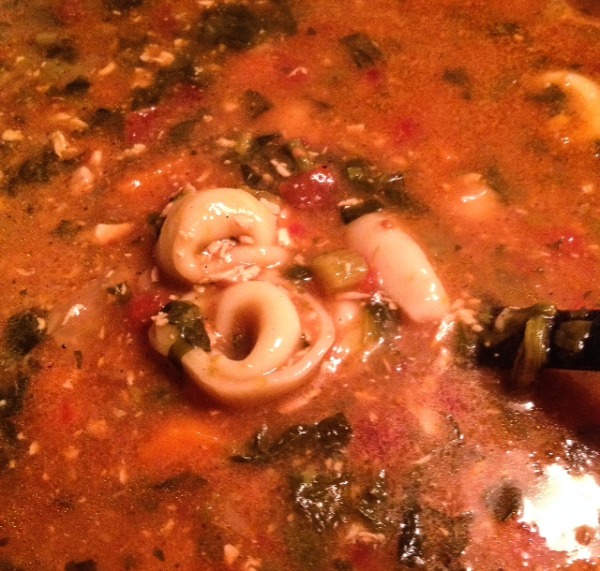 This soup, Spinach-Chicken-Tortellini, has been auctioned off during the annual Wheeling Health Right Chefs Auction, and offered for donation at Miklas Meat Market for the “Hope for Hines” effort.

So, this Sunday, I will make soup – but not alone.

I may offer the recipes and do most of the slicing, dicing and stirring, but many more hands offer this donation week after week. Dave and Laura Rotriga, owners and operators of Miklas Meat Market on the corner of Edgington Lane and Carmel Road, have donated any and all meats needed since the first year. Paul and Carol Jebbia of Jebbia’s Market in Centre Wheeling began offering all vegetables the second year and have continued to do so week after week. 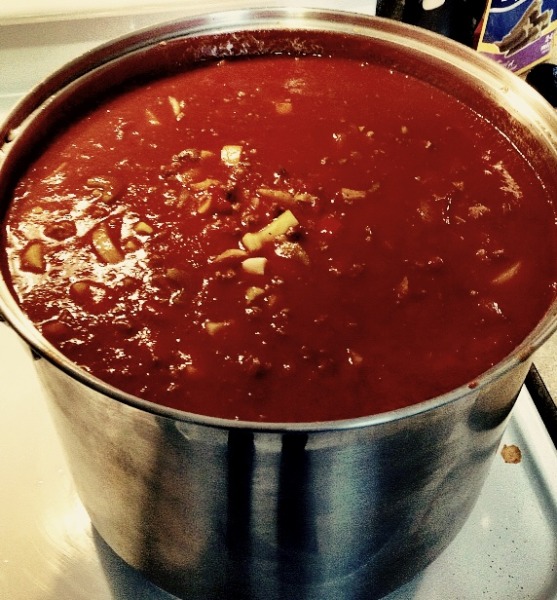 This Sunday, Novotney will join forces with Miklas Meat Market, Jebbia’s Market, and River City Restaurant to make what he calls, “Kill The Chill Chili,” for the residents at the Winter Freeze Shelter.

To offer you an idea of the commitments made by these two local businesses, allow me to provide the breakdown from last year’s donations:

I’m also indebted to Jason Miller and Becky Schmidt – owners of River City Restaurant in downtown Wheeling – because they immediately opened their licensed commercial kitchen to me so I could begin following federal standards pertaining to the donation of food to feed, “the general public.”

It was against those regulations for me to manufacture the stock-pot donations in my own kitchen. For me to continue, I had to attend the Food Handler’s Permit class, and I had to find a Health-Department-inspected kitchen. In the meantime, a group of nearly 25 local, anonymous residents (“The Soupshiners”) gathered at my East Wheeling residence one frozen Sunday evening in February 2012, and assisted me with the delivery because while it is illegal for one person to feed the general public from his or her own kitchen, it is not illegal to offer a homeless person food on the street. 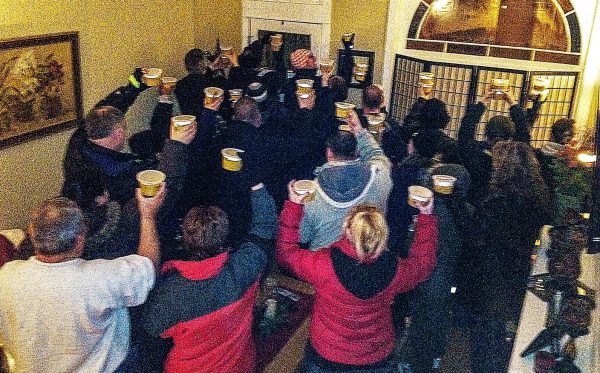 In February 2012, more than 25 anonymous, local “Soupshiners” assisted in the delivery of Chicken-Cheese Tortilla soup to the YSS Winter Freeze Shelter in East Wheeling.

So that’s what “The Soupshiners” did so the homeless could eat.

And the only reason all of those folks gathered and continue to collaborate to offer the soup each week is that one Sunday evening a week after YSS first opened the shelter, I saw a homeless man picking three-day-old pizza out of one of my garbage cans.

“I’m staying at the shelter down the alley, but last night they didn’t have food,” he responded.

“Come in. Let me make you a sandwich. What’s your name?”

“Stanley. And thank you for asking that,” he answered. 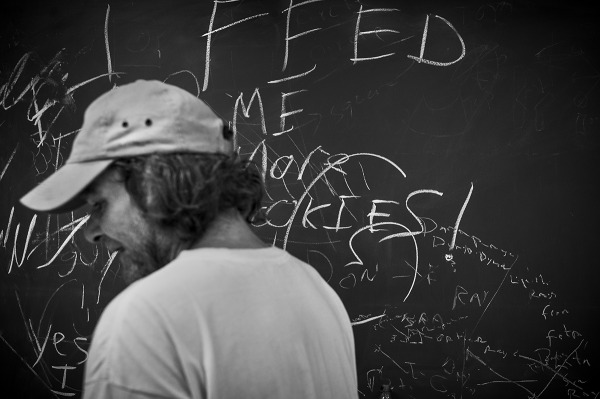 The homeless are not nameless, and they are not faceless. The reasons why Stanley was without his own home, he offered, involved lost employment and then divorce. His life came crashing down, and not around him but on him. It pushed him out on the streets.

Once Stanley finished his B.L.T and was warmed, he departed my house for the Winter Freeze Shelter, and that’s when I called Mr. Moses, and we developed the plan.

Each Sunday evening I usually post a photo of the week’s offering on Facebook, but not to make those who view it hungry, and not because I wish to promote my personal charitable efforts. I post the pictures to encourage others to do the same. What I hope some think is, “Well, if he can do it, so can I.”

And it has worked. The list of monetary donations, volunteers, and food donors during the past five years numbers in the hundreds, and often former residents return to YSS to volunteer their services out of appreciation.

But here we are again, and the Winter Freeze Shelter has opened a month early.

If I and my wife, Michelle, Dave and Laura Rotriga, Paul and Carrol Jebbia, Jason Miller and Becky Schmidt, and “The Soupshiners” can, so can you.

I know Stanley appreciated it when he was in need.