‘The Sportsical’ – A Dream Come True

Jakob Bedway enjoys sports – even hockey, despite his father’s objections.

“Watching hockey can be tough in the Bedway house,” the 11-year-old fifth grader honestly admitted. “But I still get to watch it sometimes.”

Bedway, the son of Jonathan and Jessica Bedway and a student at Wheeling Country Day School, also loves to read about all sports, and that’s why he reads ESPN’s website every morning and every issue of Sports Illustrated each evening.

He took his love of sports to a new level, though, when he created the “Bedway Sportsical,” a weekly web-based publication.

“You know how so many newspapers are called the, ‘Chronicle?’” he asked. “Well, all I did was add the I-C-A-L to make it sound like a newspaper.

“I got the idea one night and just did it. Then I printed it out to show my parents,” explained Bedway, who was diagnosed as on the Autism spectrum. “Then my mom came up with the idea to make it an e-letter so I could just email to everyone instead of printing it and giving it out.” 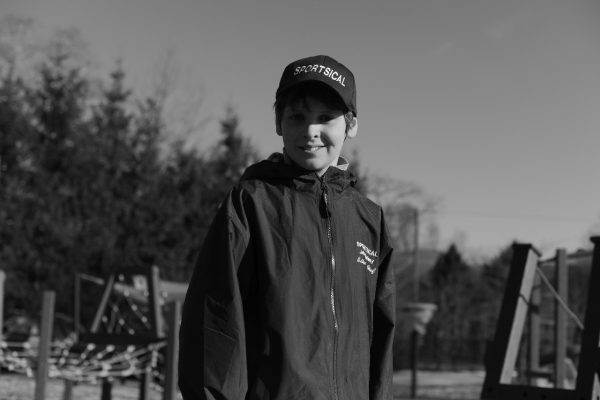 In his latest issue, Bedway covered the NBA, college basketball, the NFL (sponsored, by the way, by THE Dallas Cowboys), and he also offers several weekly features like the Play of the Week, Fan of the Week, Joke of the Week, and Athlete of the Week.

“On Oregon’s opening drive they fumbled two times — Thomas Tyner, Marcus Mariota. The funny thing about that is the Ducks scored a touchdown on their opening drive, Mariota to Kennan Lowe.

“But later in 1st quarter the Buckeyes Ezekiel Elliot rushed for 33 yards and a touchdown, game tied 7-7. After a long drive by Ohio State, the Buckeyes finally scored with Cardale Jones passing 1 yard to the tight end Nick Vennet for the 1- yard touchdown to make it 14-7.

“But in the 2nd quarter Cardale couldn’t get a clean handoff off — Ducks’ ball. But on 4th and goal Ducks are stopped at the 1.

“In the 3rd quarter Jalin Marshall bobbled the ball; Oregon intercepted it. Ducks scored on a 70-yard touchdown on that drive 21-17.

“On the final play of the 3rd quarter Ezekiel Elliot pushes his way in the end zone for the touchdown 28-20 at end of 3rd.

“In the 4th quarter Ezekiel Elliot scored again making it 35-20. And with the game wrapped up 28 seconds left Ezekiel Elliot rushes for his 4th touchdown of the game.

And there you have it. 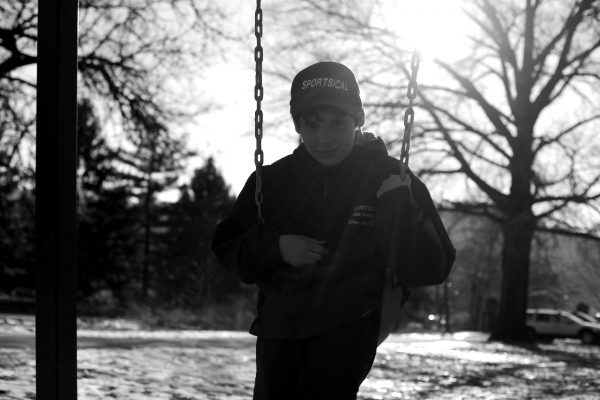 Bedway publishes ‘The Sportsical’ every Tuesday, and he covers as many different sports as possible each issue. His NFL coverage, in fact, is truly sponsored by the Dallas Cowboys. (Photo by Wallis)

“All anyone has to do is give me their email address and I’ll start sending it to them,” Bedway said. “I probably email it to about 200 or 300 people now, so more isn’t a problem.”

Bedway has adopted his opinions, too.

On big-league baseball: “I like the Pirates, and that’s who I pretty much pay attention to, but I do watch the big games, too.”

On the Cleveland Browns: “If I got to interview one of the players. I’d want it to be Joe Thomas because he is named to the Pro Bowl every year. This year will be his ninth, so if I got to ask him one question I would ask him who his mentor was.”

Concerning Ohio State winning the national championship: “Jones was the third-stringer, and for him to win the Big 10 championship, then the Sugar Bowl over Alabama and the title against Oregon says a lot about his talent.”

“My favorite driver is Dale Earnhardt Jr., and I took a photo of his pit crew when I got to go to a race in Michigan for my birthday,” Bedway continued. “I went with my dad and my little brother, Isaac, and we got to watch the practice sessions, qualifying and time trials, and the race.

“And on Race Day, I got to meet the Lions’ No 1 draft pick, Eric Ebron, and he said he really wants to beat the Giants because he’s from that area,” he added. “And I met driver Dakota Armstrong. He’s not that good of a driver yet, but he’s getting there.”

There are aspects to sports writing that Bedway does not enjoy, especially the rule against cheering in press boxes.

Bedway, the house manager for most events staged at Wheeling Country Day, refuses to remain on the sidelines though because he enjoys participating in athletic events as well. He plays basketball and football, but his favorite sport is running.

“I like running the most because when I play the other sports in gym class, the kids are sometimes goofing around instead of trying their best,” he explained. “There are times when they are not trying their best, but when I am running, I am an individual.

“When people are not trying their best, it bothers me,” Bedway said. “It’s hard to explain. If you try your best, it’s easier to accomplish more.” 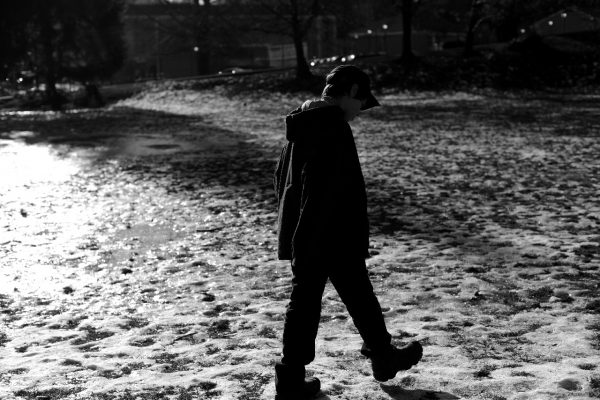 Bedway is considering publishing an issue of ‘The Sportsical’ that covers some of the sports that are not familiar to the Wheeling area. (Photo by Wallis)

Bedway is considering an issue of the “Sportsical” that would involve several sports not familiar to fans in the Upper Ohio Valley, but his interests are not limited to athletics only. American history, specifically the presidents, is a topic he knows much about.

“Ronald Reagan was No. 40, and he tore down the Berlin Wall, and he was the first president to go to a NASCAR race,” he said. “Bill Clinton was No. 42, and he likes rock music. And Abraham Lincoln was No. 16, and he guided the nation through the Civil War.

“I really like our history and I really get into it,” Bedway said. “I think it’s important to know our history.”

Where his education will continue beyond Wheeling Country Day is unknown at this time, but that does not mean Bedway does not have goals.

“I like it here because of the people, and because I like the food. The Sloppy Joes are my favorite,” he said. “I might go to Bishop Donahue for high school because I know someone who had eight sons go there, and they teach sports writing.

“And all I know is that I want to get into the best college I can so I can be a sports writer,” Bedway said. “I really like how a sports writer has to watch the games and then write about them, so that’s what I would like to do when I get older.” 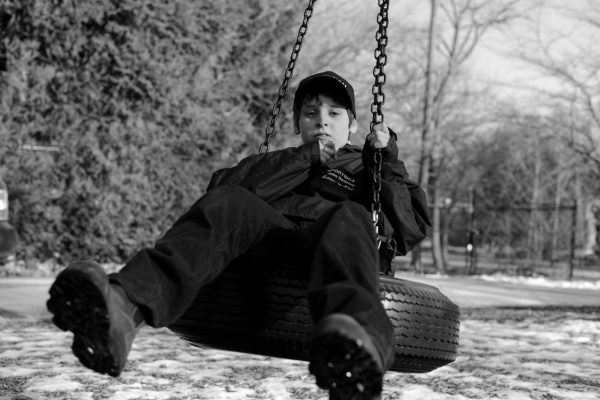 Jakob Bedway gives his full effort in everything he does because he believes if one does so it is “easier to accomplish more.” (Photo by Wallis)