By now the term is widely known, and the definition is simply, “a better environment in which to walk.”

Yup, that’s it, and Wheeling officials continue to work in partnership with representatives of the state’s Division of Highways to ensure the $9 million project moves forward soon after The Health Plan headquarters is complete within the downtown’s 1100 block.

The partnership involves the state’s financing at least 80 percent of the total costs and the city of Wheeling footing the rest of the bill, according to Wheeling Mayor Glenn Elliott.

“I doubt any of the streetscape project will begin this year, but on the city’s end we’re going to make sure we have everything we can lined up for that project to begin,” Elliott said. “That way, next year when it is performed, then we’ll know we made sure that it can be done the most efficient way possible.

“Basically, the city will be on the hook for about $2 million, and we do have $1 million already set aside,” he explained. “We also will have the opportunity to gather the other $1 million by working with some city partners so that we’re not seeing the city’s share for this project be much of an issue. Now, if the cost of the project exceeds what is estimated right now, we’ll still be on the hook for 20 percent of the total cost. That’s the agreement with the state funding the remaining 80 percent.” 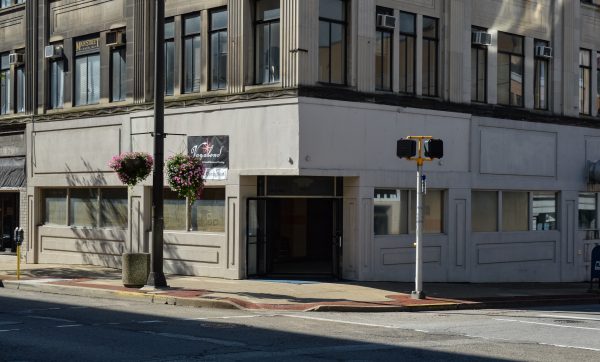 The corner of 12th and Market streets has welcomed the Vagabond Kitchen to the center of Wheeling’s downtown district.

The paving projects for Main, Market, and portions of Chapline and Eoff streets have been on the DOH radar for more than five years, but former mayor Andy McKenzie worked former Gov. Earl Ray Tomblin and DOH officials to begin project development in 2014. Elliott, City Manager Bob Herron, and Rusty Jebbia, direction of operations for Wheeling, have continued the work for the past nine months.

“And we’ve had a meeting recently with several Wheeling officials so we could discuss the status of the public-private partnership involving an extensive project for downtown Wheeling,” reported Gus Suwaid, district engineer for DOH District 6. “The scope of the project has changed since this conversation first started with the former mayor, and the time has arrived to hire a consultant for that new design.

“Initially, this project started with a $2.5 million price tag, but it has grown to about $9 million because all of the sidewalks on Main and Market streets have been added,” he said. “The state has agreed to participate with the city providing as much as $2 million and the state covering the rest for the road rehabilitation, the new sidewalks and ADA compliant ramps, and 15 or 16 new traffic signals. It’s going to be a complete upgrade, but the project will not begin until after the construction of The Health Plan building.”

Because the project is so extensive, Suwaid now expects the process to extend two years. 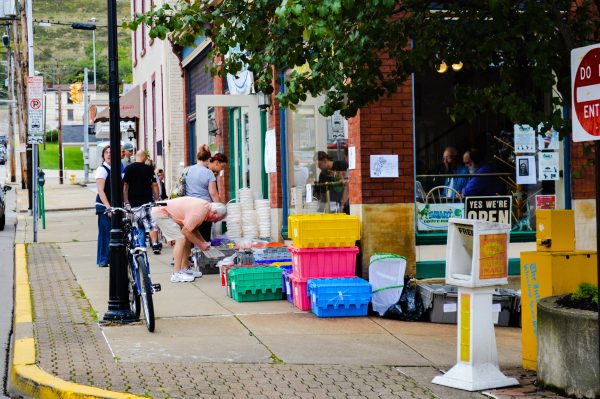 The Centre Market area sees much more foot traffic than the downtown area at this time.

“Originally, when this project involved the roadways, we were scheduled to do the ADA compliant ramps one year, and then the roadways the next year,” he explained. “The new scope will involve two years, too, with the ramps and the sidewalks in one phase and the roads and traffic signals during the next phase. Since we’ve added 10,000 square yards of sidewalk, we’re talking about a much more involved project now.

“Officially, this will be more than a single-phase project because of everything now involved, and that means we’ll hire a few different sub-contractors,” Suwaid continued. “We do expect some challenges because of what has been uncovered recently with The Health Plan project. We now recognize that while we are performing the sidewalk work, we may encounter more of those vaults,” Suwaid said. “It’s how things were built when a lot of these buildings went up, so we’ll see what’s there and what’s not there, but when this is all finished, it will be a much more walkable area for everyone who comes to the downtown.”

Elliott and Wheeling Council members currently are considering a plethora of additional factors that may help or hinder this extensive streetscape project. 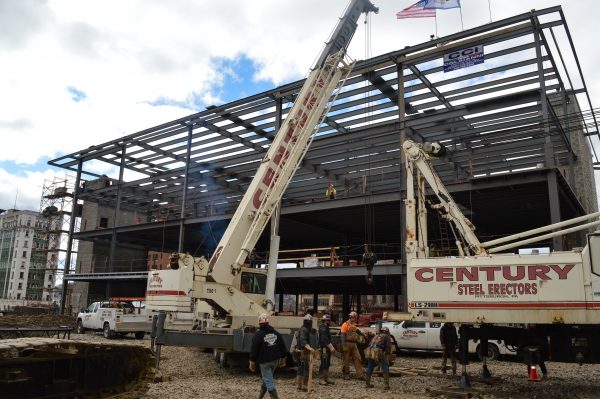 The public-private streetscape project will not take place until after the construction of the Health Plan headquarters is complete at the end of this year.

“We have spoken with (Suwaid) and several others with the city so we can bring all of the other aspects of this project into the big picture,” the mayor said. “Those other aspects are things that the city has to make sure are taken care of, and it’s not just what is on the surface. There are issues underground that we must consider, too, and one of those is the water main that runs down Main Street because it’s from an 1889 line.

“So, we are discussing whether or not that is something we should try to tackle in advance of this project. Plus, we must consider the fact that most of our downtown only has one sewer system, and that’s no longer good enough because it sometimes means raw sewage is dumping into our creeks,” he continued. “That’s why these conversations are taking place because we must identify projects that we need to be doing before the time arrives for this streetscaping project to begin. I would hate to see all of this money be put toward this project, and then we have to tear up the street after it’s complete.”

Some citizens of The Health Plan deal were critical of the agreement because, while city taxpayers forked over more than $1 million to purchase and demolish the dilapidated buildings in the downtown’s 1100th block, the insurance provider received the large expanse of land for free. However, Elliott explained that the public-private partnership with the state DOH is one of a few rewards business owners, residents, and employees will receive in the future. 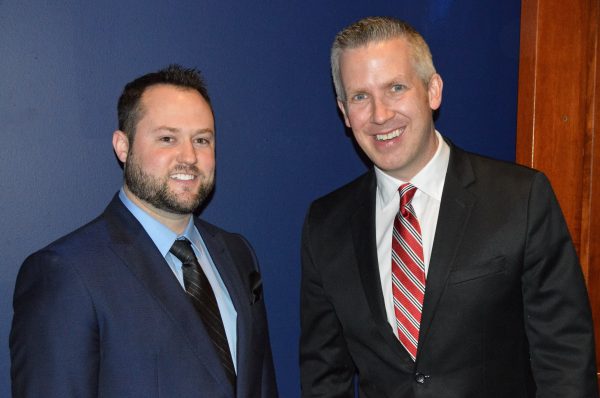 “As a part of The Health Plan project an agreement was made with the state that called for the state to pay for a significant amount of a streetscaping project that would involve paving, new sidewalks, and the installation of new traffic signals for downtown Wheeling, and that project will extend from 10th to 16th Street,” Elliott explained. “It will involve Main and Market streets as well as 12th and 14 streets, too.

“When our city leaders traveled to Charleston recently, we did have a meeting to make sure this project was still on the schedule, and that was something we did not know because of the changes in administrations,” he said. “But what we found out is that it is still planned, and now the state is working on hiring a consultant to design the project so that this can move forward once The Health Plan project is completed.”