Although many believe little help exists within the borders of West Virginia when it comes to addressing the issues connected to addiction, one statewide organization will be in Wheeling this evening to offer a plethora of information that concerns recognition and discovering the treatment options that do exist in all areas of the Mountain State.

HELP4WV, a 24-hour, seven-day-a-week call line, will sponsor a substance abuse town hall meeting at Wheeling Park’s White Palace today from 5:30 until 8 p.m. Representatives from several local drug addiction treatment agencies will be on-site to offer help for those struggling with addiction. They can also offer guidance for family members of those who need help.

“Not only will we have a few speakers, but we’re also going to have close to 20 non-profit organizations on hand so those representatives can answer the questions directly,” explained Jeremy Smith, outreach coordinator for HELP4WV. “The theme of the meeting will involve recognizing the issue and working together so those who need this kind of help can get it. 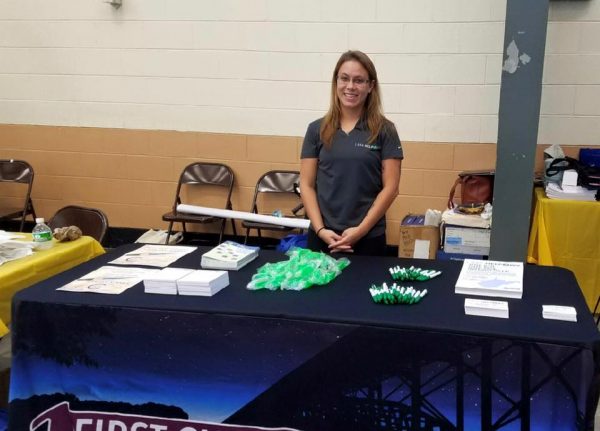 Helpline agent Jaimee Moffitt, who is in recovery, often visits community health fairs to talk about the HELP4WV program.

“Those who in attendance will come to realize what it is our organization does to make those connections, and they will also see those connections at work during this gathering,” he continued. “Our organization was started by Gov. Earl Ray Tomblin because he has heard the stories, and he has recognized that the state of West Virginia needs to do something in order to connect our residents with the help that they need to get healthy again. That’s our primary goal.”

The gathering will begin with snacks and 30 minutes for those in attendance to visit with representatives from the non-profits, and then a 20-minute video will be shown that will introduce local residents with the realities connected with heroin and opioid addictions. A few speakers, including Wheeling Police Chief Shawn Schwertfeger and U.S. Attorney Bill Ihlenfeld, will then address those in attendance. The final portion of the meeting will include a question-and-answer session.

“We’re very excited about the program and we’re doing our best to get the word out about this meeting because of how important this issue is to our state,” Smith said. “Everyone is pretty aware that West Virginia has a drug problem, and we have watched our call line, 844-HELP4WV, receive thousands of calls since we started.

“What we strive to do is get the people who need the help to connect to organizations that can provide substance abuse treatment,” he continued. “There is a huge need for our service, and we would like folks to make us the first call because of all the connections we have made in all areas of our state.”

Tomblin created HELP4WV in September 2015, and the organization, now funded by the state Department of Human Health and Resources, has received more than 4,300 phone calls and has connected more than 2,000 West Virginia residents with the treatment organizations.

“We are coming up on our one-year anniversary, and to this point we have received calls from every single county in West Virginia,” Smith reported. “Unfortunately, the majority of the calls that we have received since we started have been from people who are addicted to heroin and opioids. What we have done in order to help those folks is compile a master list of every organization we have in West Virginia to make those connections possible.

“I know many people believe those people are unable to find help in our state, but I can tell you we have a lot of organizations that do offer treatment,” he insisted. “HELP4WV has proven that during our first year, and that includes helping people here in the Northern Panhandle region of our state.”

Smith confirmed that HELP4WV call agents have been contacted by many residents of the Northern Panhandle region. 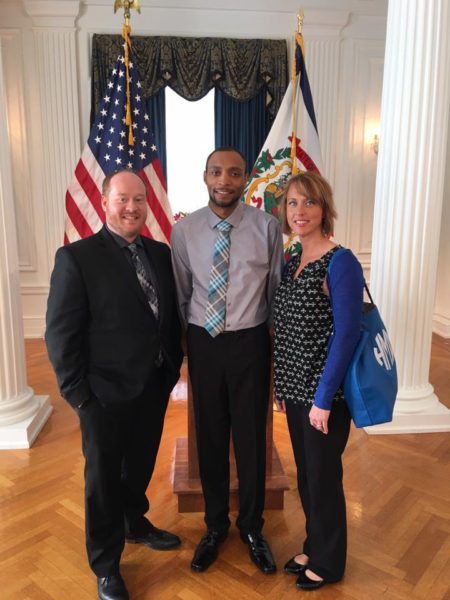 “We also have received a lot of calls from the Martinsburg area, too, but Ohio County is up there, and that’s very, very unfortunate,” he continued. “We definitely know there is a problem here, and that is why we will offer an opportunity to the local residents to find out more about what we do, how we do it, and how successful we have been during our first year of operation.”

A common complaint heard by the employees of HELP4WV, Smith said, is that there are not enough treatment options for those in need of assistance with addiction. Smith, though, feels more people need to realize the options that do exist.

“The first thing I tell people is that there are more options than people realize,” he insisted. “In our database, though, we have more than 1,000 different treatment resources available to those who call us seeking assistance.

“And sometimes the solution involves not staying local, and that’s not always a bad thing when it comes to battling against addiction. Sometimes the best option is to travel an hour or two away, and we can also help with transportation if that is an issue for someone who calls us,” he continued. “And we have heard from some that, after they have traveled to seek that treatment, they do not think it would be a good idea to move back because they believe it would be far too easy to get back into it.”

Although some who wish for recovery must agree to in-patient treatment, that is not always the case. In many situations, out-patient care, faith-based options, and group support could work well, too.

“What works for one person might not work for the next person,” Smith said. “But when we receive those calls our people really spell out all of the options there are for people seeking this kind of help.

“And that will part a part of the program that we are bringing to the Wheeling area,” he said. “Because of those calls during the past year, we know there are still a lot of questions people want to ask because of how big of a problem this has become in our state. When you see that we lead the nation in the number of overdose deaths, something needs to happen to get the word out that there is the help that’s available.” 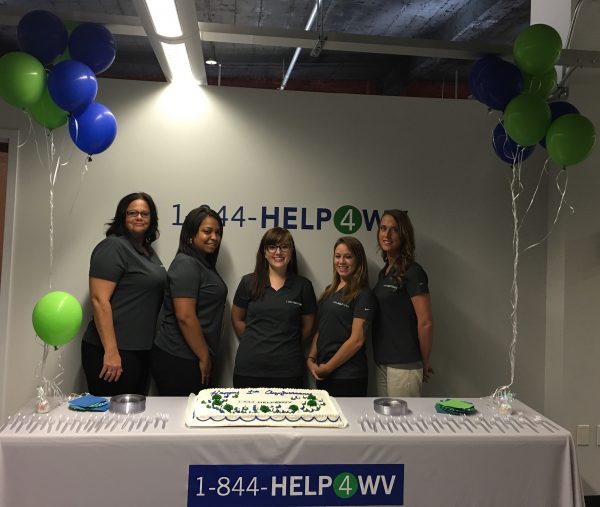 Along with the calls for those suffering addictions, HELP4WV has become a proven resource to friends and family members, too.

“There is a very common story that our people have heard, and that story involves an injury that’s followed by a pain-relieving prescription, but then too often that leads to addiction and to the use of other drugs,” Smith said. “In West Virginia we are a hard-working people and sometimes that means we get hurt while we’re working. First it’s the prescription pills, and unfortunately heroin comes along in many of those situations.

“We know now there are a lot of people out there who are struggling with an addiction, and it’s also likely that their family members and their friends have no idea. But those people who have come to be addicted often have no idea where to turn, so that’s where we come into play,” he continued. “Our people at HELP4WV are always available, and a big part of the success of our program are the people who are answering our phones. Many of them are in recovery themselves, so they can identify with the people who are calling us.”