One in 30 adolescents, aged 13-17, experiences one form of homelessness unaccompanied by a parent or guardian over a course of a year.

That fact, from a new study from Chapin Hall, a research center at the University of Chicago, is what convinced a group of teen girls to host Summer Fest, an event devoted to ending youth homelessness.

The YWCA Youth Board’s event is set for 1-7 p.m. Sunday, May 6, at Generations Pub and Restaurant. Proceeds will be donated to Youth Services System Inc. to benefit teens aging out of foster care. 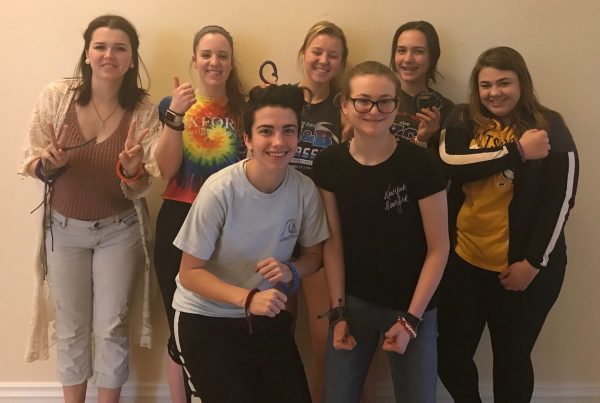 “The idea for Summer FEST (Fundraiser Ending Street-Living Teens) came from the Leadership Challenge Retreat held in December,” said Heather Lapp, chief strategic officer at the YWCA. “The retreat attendees came up with four different social issues and ideas for fundraisers for each. The youth board decided to tackle teen homelessness and teens aging out of the foster care system as their first big project.

“Other issues they dealt with at the retreat were self-harm, diversity and peer pressure. The Leadership Challenge was funded by a grant from Comcast and the proceeds from Show of Hands; the retreat was a free event offered to all area teenage girls. Over the four days, the girls experienced hands-on training on various tools for success: public speaking, changing a tire, writing a resume, team building, STEM activities hosted by ColourPop Cosmetics and much more,” Lapp said.

Summer FEST will be held at Generations Pub & Restaurant. Generations will donate a percentage of their sales to the fundraiser. Generously offering their time for the event are four bands: John McFarland (1 p.m.); Matt Smith (2:30 p.m.); Kelz (4 p.m.); and Mr. Fancy Pants (5:30 p.m.). There will be a $5 cover charge for Summer FEST. The Youth Board also is making survival bracelets that they will sell for $5 each.

“It’s a music festival that will do more than engage you and make you groove, it will provide a sense of purpose and keep you informed about area youth who might otherwise be homeless,” Emily Croft, chair of Summer FEST and YWCA Youth Board member, said. “We hope to raise awareness about the desperate decisions homeless young people are forced to make. We decided to assist YSS and local homeless teens that have aged out of the foster care system because it has become such an important issue in our community and the country and it affects teens our age.”

“YSS and the YWCA both see young adults in crisis. We meet and serve youth needing housing, support and guidance who are young,” said Mike Toothman, YSS public information director. “Our emergency shelters serve some of these youth, and for older youth (17-21), we can help make the transition to adulthood better. Many of these youth aren’t  counted as homeless, but they face real dangers when they are out on the street and away from caring adults.

“This event by the YWCA Youth Board is a great example of youth helping their peers. We love it,” Toothman said.

The YWCA Wheeling Youth Board is a unique volunteer experience that offers teens the ability to create change. They are Girls Leading Our World in a safe and diverse manner. Each month, 15 students from across the valley meet to focus on learning everyday leadership skills, values and tools while engaging in community service activities and social solutions. This is an opportunity to make a direct impact on their peers by meeting with community leaders and assessing the needs of youth in our community, Lapp pointed out. 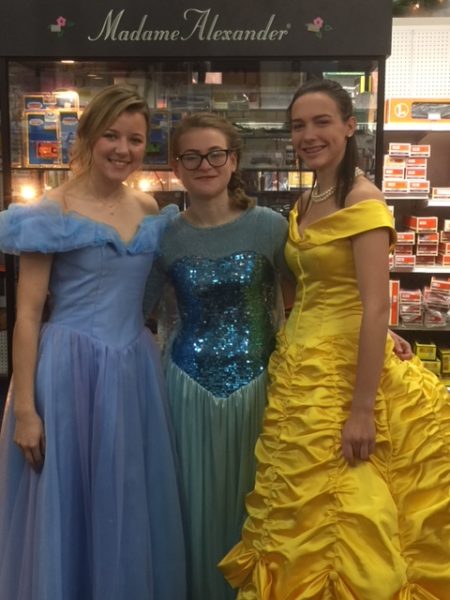 “During 2017, the Youth Board sponsored a Leadership Challenge Lock-In and then a Leadership Challenge Retreat for middle school and high school teens. They organized a Princess Tea fundraiser and assisted in various YWCA fundraisers (High Tea, Over the Edge, Tribute to Women, Arts & Culture Festival). They had the opportunity to attend the United Nations Girl Up Leadership Summit in Washington D.C., and then went to Capitol Hill to lobby with West Virginia politicians for girls’ education rights,” she said.