The City of Wheeling recently announced a $33,000 commitment for a new website. According to a report from WTRF, it has some local residents raising questions. It may seem like a lot of money and it might be frustrating that an outside vendor (from Colorado) was chosen. I can understand where people are coming from on both counts.

However, this is a New Wheeling.

First, we should respect the autonomy of our recently elected Mayor and City Council. There is no denying the fact that the new council has been working hard to solicit feedback, consider what successful models in other similar cities are and challenge the “ways things have always been done”. The introduction of social media and video stream of coucil meetings are inexpensive initiatives that are already paying off. Consider the fact that each Ward has a Facebook Page. Residents can raise issues and hear from fellow citizens and their representative in a matter of hours…. and a Facebook page is free. That’s communication that is light years from even a year ago. 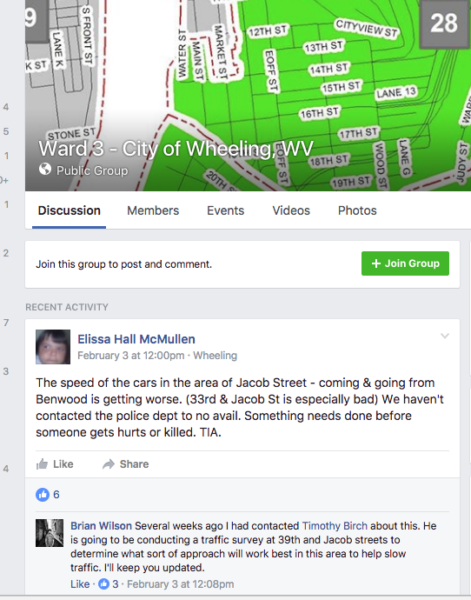 From my perspective, they are focusing on an effort to pull Wheeling into the 21st century. A new website is the next logical step, considering that the current website is a decade old. It looks like it is ten years old, its navigation functionality is a nightmare, and you can’t accomplish any city-related business through it, you still need to call during business hours or head to the City-County building in person.

The city needs a site that looks contemporary, captures the essence of Wheeling, and is attractive to potential new businesses or residents considering a move. Evo Studios, Inc., specializes in municipal sites. Take their Dover, Delaware site as an example:

From a brief initial visit you will easily find ways to pay bills, find codes, and find minutes and video of meetings. You can also see what’s going on in town and there’s even a page that’s all about “locating” to Dover. I trust that there are no local web developers who specialize in these kind of sites.

In conclusion, props to the Mayor and Council for moving forward in a direction that focuses on the future. I am confident that this $33,000 purchase will produce a return on investment that dwarfs it.

Thank you for Doing Something!