To buy tickets and receive a $2.00 Weelunk Discount click on the link above and use Promo code:  2office

The dollars were down and interest waned, but those facts did not matter to one man when he set out to make the annual Symphony on Ice a tradition once again in the Wheeling area.

Thanks to board member Paul Tucker, the maestro of the Wheeling Symphony Orchestra, Andre Raphel, will conduct the performance on Dec. 3 at Wesbanco Arena with 50 musicians, 250 young, local voices, and 50 professional and local ice skaters.

“We held several of them up until 2008, and that’s when the decision was made to discontinue the event because some of the energy behind the event as a fundraiser dissipated, and it was barely keeping up financially,” explained Bruce Wheeler, executive director of the Wheeling Symphony Orchestra. “People started to say that it was not worth the effort. 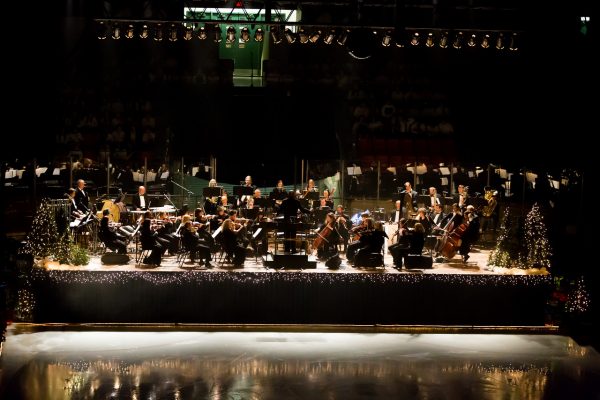 The venue will be much different from the members of the Wheeling Symphony Orchestra but maestro Andre Raphel will be on stage to conduct.

“Now Symphony on Ice is back and mainly due to the efforts to one individual, Paul Tucker. He is a wonderful board member who is now a retired attorney, and he decided that it was a great event when it started, and he determined to bring it back as a part of his retirement,” Wheeler reported. “He wanted to bring back Symphony on Ice with a vengeance. He did a lot of the groundwork to make it happen, and here we are in our second year.”

Symphony on Ice returned last December, and tickets for this year’s show are available online at http://www.etix.com/ticket/p/4181502/main-street-bank-symphony-on-ice-at-wesbanco-arena-wheeling-the-capitol-theatre-wheeling-symphony-orchestra or by calling the Wesbanco Arena box office at 304-233-4470. Those purchasing tickets can receive a $2 discount by entering “2office” as the promotion code online or by offering it to your sales representative. 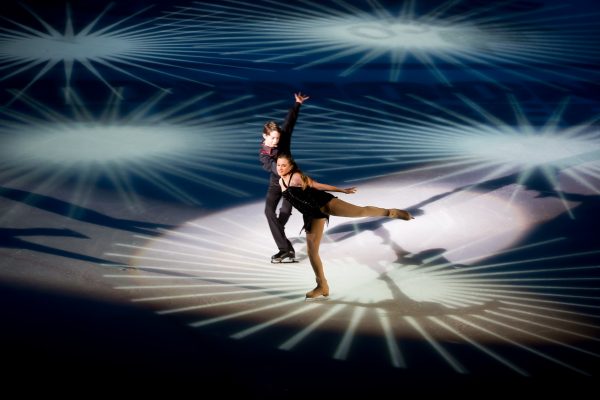 Professionals and skate club members from Wheeling and Pittsburgh will perform during the annual event on Dec. 3.

“And it’s coming back the second year very, very strong,” Wheeler insisted. “The orchestra will be positioned on a stage on the south end of Wesbanco Arena, and in front of them we will have the ice for the skaters’ performances.

“We will have national pro skaters joined by many skaters who are from here in the Valley. Those performers are members of the skate clubs here in Wheeling and in Pittsburgh, and they will be skating to choreographed numbers that are all in the holiday theme,” he said. “Symphony on Ice is a great way to continue kicking off the holiday season here in this area because we have scheduled it for early December. And we have scheduled it for a Thursday this year to make it easier on the children who are performing on the ice or in the chorus.” 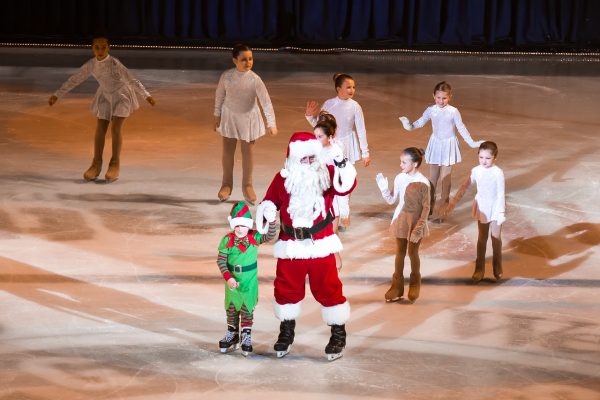 Of course Santa Claus will make an appearance at Wesbanco Arena.

“I’ve had the chance to hear a lot of young voices from many different schools rehearse for the show, and they sounded wonderful,” said Wheeler. “The holiday chorus for Symphony on Ice will be about 250 voices strong this year, and we are very lucky because we have several directors in this area who make being in the chorus cool.

“It’s has to be fun, and there are a lot of directors who understand that,” he said. “So our holiday chorus will feature hundreds of young men and women from right here in the Upper Ohio Valley.”

Symphony on Ice places the orchestra in a very unique setting, but for the skaters the performance is far different from that to which the athletes are accustomed.

“It’s very interesting working with professional skaters because when we are watching them on TV, they are usually performing to recorded music, but Symphony on Ice is much different,” Wheeler said. “They are used to the recorded music, so it’s something very different for them, and they have to adapt. 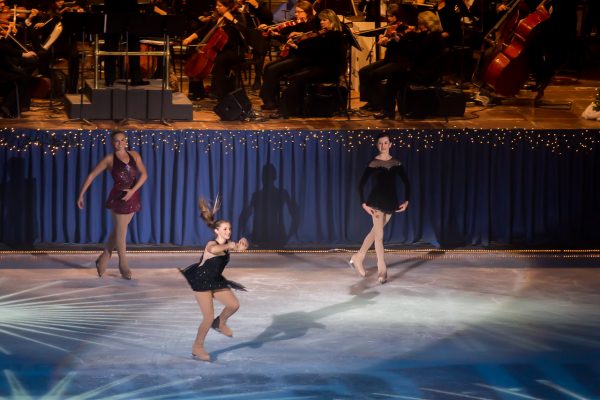 As many as 50 skaters will participate in Symphony on Ice.

“Plus, there’s a lot of work that needs to be done concerning the selection of the arrangements that they will perform to, and that’s more difficult than it sounds because of the nature of symphonies and the performance time for the skaters,” he explained. “Our maestro, Andre Raphel, plays an enormous role when it comes to those selections, of course, and he always picks the perfect pieces.”

This year’s show will benefit from the capital improvements that have been performed on the interior of Wesbanco Arena; not only will patrons enjoy the newly installed seating, but Wheeler expects the video boards to be utilized, and concessions will be served by Generations, Quaker Steak & Lube, River City Restaurant, Depasquale’s Trattoria, and Wesbanco Arena.

“As always we will have some of our donors seated next to the ice for a dinner before the show, but everyone else can enjoy all of the different foods and drinks that are now available inside the arena,” Wheeler said. “And people likely do not think of the little essences that go into productions like these. For example, we always use rope lights around the skating area, and that’s for a couple of reasons. First, it looks very nice, but second, it provides a line of demarcation so the skaters can easily see the borders.

“The goal for everyone involved with Symphony on Ice is to offer that great holiday feeling that we all enjoy so much at this time of year, and that’s why the it will offer everything from favorite Christmas classics to what the children love the most,” he added. “It’s a very unique celebration, and as executive director I am thrilled that the decision was made to return it to the ice at Wesbanco Arena.”

Editor’s Note: This is a paid advertorial.  To learn more about advertising with Weelunk.com, email us weelunk@weelunk.com.