The Avett Brothers Are Coming: Are You?

Here’s an IDEA: When a really cool, nationally recognized, critically acclaimed, award-winning band, whose founding members are still with the band and still considered “hip” or, as in this case, “hipster,” comes to the Capitol Theatre in Wheeling, W.Va., then the people of Wheeling, W.Va., and the surrounding Ohio Valley should promote it, sell it out, and celebrate its success.  By not doing so, the chances of the same thing happening again decrease, and the chances of bands that will fail to engage new audiences and people from far beyond Wheeling will unfortunately increase. 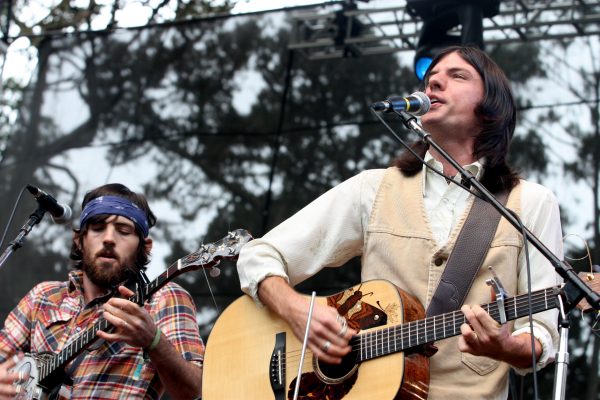 Here is one person’s opinion on why you should see the Avett Brothers this Tuesday, at 7 p.m. at Wheeling’s Capitol Theatre.

You must understand that I am sort of obsessed with the band.  We had already secured our tickets for the Cleveland show on Thursday, when the news of the band heading to Wheeling broke.  So, yes I’m a generation X-er here with a job and family, and I’m seeing the same band twice, on weeknights this week. 🙂

The Avett Brothers are a folk rock band from Concord, North Carolina. The band is made up of two brothers, Scott Avett (banjo) and Seth Avett (guitar).  The band combines bluegrass, country, pop, indie rock, folk. and jam all of those sounds with smart and soulful lyrics to produce a novel sound described by the San Francisco Chronicle as having the “heavy sadness of Townes Van Zandt, the light pop concision of Buddy Holly, the tuneful jangle of the Beatles, the raw energy of the Ramones.” 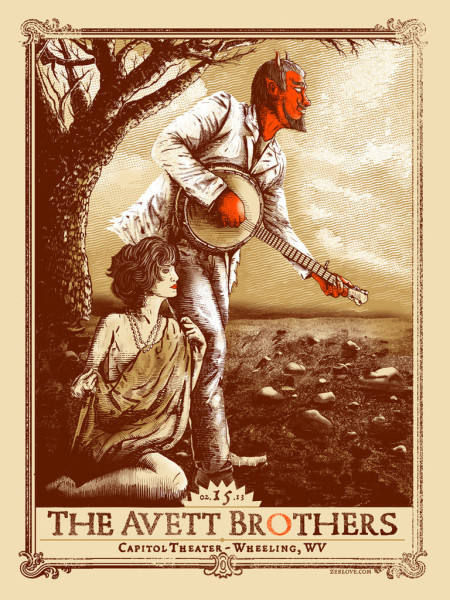 The Avett Borthers came to the Capitol (poster above), out of nowhere, in February of 2013.  The experience of attending a sold-out show with a contemporary, great band that night, and the fact that the show was just freaking fantastic, was an eye-opener in my hopefulness that Wheeling could actually make a turnaround.  Something like this didn’t happen here 10 years ago, but it’s happening now, WHY?  Who cares? We can’t let it just be these occasions or just this band.  As a live music lover, I am always keeping track of where my favorite bands are touring. Well, sometimes the closest I can get is Columbus, and if it’s Pittsburgh, I feel like I hit the jackpot. So for this band to come to Wheeling and not sell out is purely mind-boggling. 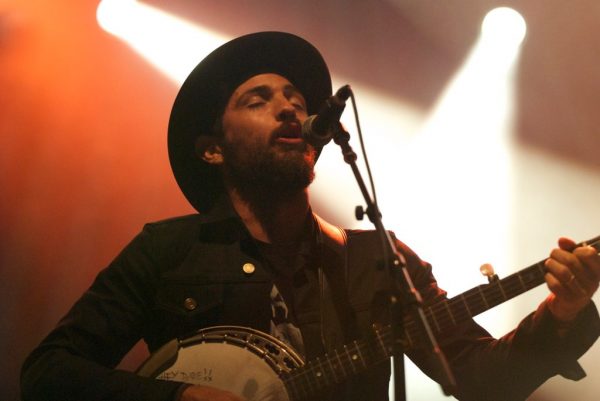 “We definitely call ourselves Avett Brothers fans, although we probably don’t fit what most people would think of as their typical fan profile, but we think that speaks to exactly what makes the Avett Brothers so relatable; they are hard to place in a particular genre. Their lyrics are simple and complex at the same time, and they speak to so many people at so many stages in their lives. And the music is an eclectic mix, but always demonstrates a depth and breadth of musicianship. We have seen them perform live six times, and by the end of the Wheeling-Cleveland-Columbus leg of this tour  that number will nearly double. We consider it time well spent.”

So you should come to the show on Tuesday. And here, I will try to convince you to do so.

Time to kick back, access your computer or smart phone’s best audio system, and check out some of my favorites from the Avett Brothers, here:

The Hipster Anthem, “I and Love and You,” Live on Letterman…

And they play “Country Roads”!!!

Coming to the show?