Two of his battle buddies came to Wheeling for the Upper Ohio Valley Italian Heritage Festival in 2011 because they had heard Michael’s stories about the event for years while serving together in the United States Army.

Steve Delarwelle traveled to Wheeling from Wisconsin with his wife, Tami, and Bert Schleicher lived in the St. Louis area at the time. They wanted the Sons of Italy Italian sausage sandwich. They wanted chicken on a stick. They wanted to see the thousands of people that Michael always bragged about on the Wheeling waterfront.

And they got all of it and much more. The veterans were quite taken with the Little Italy section and with the long rows of merchandise vendors, the boaters on the Ohio River, and the live entertainment. They were also astonished with our community because of the “feel,” as Bert still explains it today. 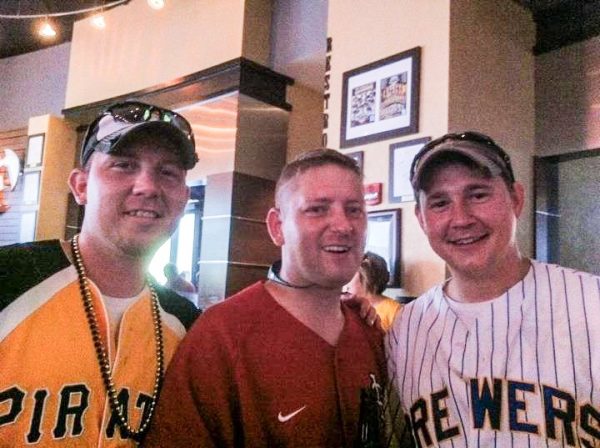 Michael Novotney, Bert Schleicher, and Steve Delarwelle all served in the 101st Airborne Division of the United States Army.

This homecoming group stayed until closing on Friday night as Michael continued introducing his buddies to members of our community. With each introduction, in fact, these veterans were treated to beer after beer to the point their table was loaded with full beverages. Steve and Bert seemed surprised with the reception they received, but it was explained to them that the Upper Ohio Valley has a dense population of American veterans.

Per capita, in fact, citizens of West Virginia have served in the armed forces more so than any other state in our nation, and many services are readily available today for veterans thanks to the presence of the Wheeling Vet Center and Helping Heroes in Moundsville.

The group returned to the Italian Festival for lunch on Saturday and then again during the dinner rush, where they discovered an even larger crowd than the night before. From one end of the event to the other, they were overwhelmed by the friendly nature of Michael’s neighbors and with the respect they displayed to those who had served our country.

They cut it short Saturday night, though, and they went to bed far earlier than they had crashed the night before. These veterans were not tired, and they were not traveling Sunday. The reason for the abbreviated evening was simple to understand – they needed to be somewhere early Sunday morning to pay their respects. 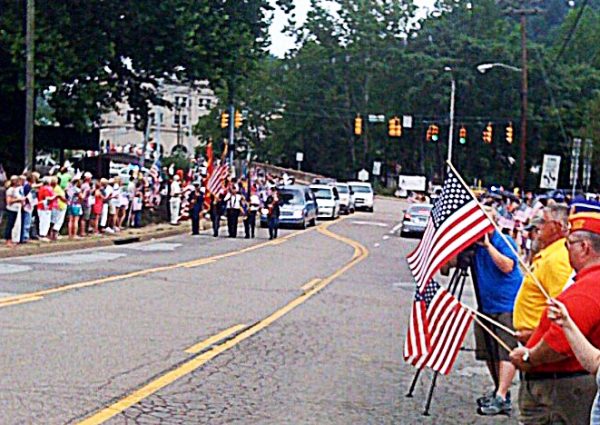 U.S. Army Capt. David VanCamp, a 2000 graduate of Wheeling Park High School, gave the ultimate sacrifice to his country when he was killed in action during a rocket attack in Iraq on June 29, 2011. He was only 29 years old. He was stationed at Fort Hood, Texas, and was the commander of Company H, 2nd Squadron, 3rd Armored Calvary Regiment.

My wife and I picked up our Wheeling visitors at 8:45 a.m. so we could make our way to Kruger Street in time for a procession that began at the Ohio County Airport. Far before we could see the hearse, we felt the vibrations from hundreds of members of the Patriot Guard Riders on their motorcycles. A number of vehicles followed the bikes packed with David’s family and friends, and some of them waved to the hundreds of local residents who lined Kruger Street from the U.S. 40 intersection all the way to Kepner’s Funeral Home.

And then we saw David, and we all waved our American Flags and wiped away our tears over and over again. After the hearse passed us, our eyes followed it as it continued toward Kepner’s. We were silent, still weeping, and our only thoughts pertained to the VanCamp family and the cost of freedom. 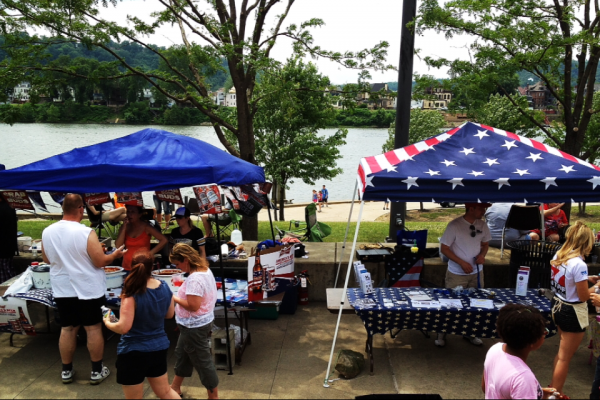 The Wheeling Vet Center can be found at several of the festivals at Heritage Port in Wheeling.

Once the procession was out of our sight, Steve was the first to speak to me.

Then Bert said, “I was going to say the same thing. This is incredible.”

“Look over there,” I said to both of them.

I was referring to Del. Erikka Storch and her husband, Tom. The couple was on the other side of Kruger Street, and with them were their three children.

“That’s one of local lawmakers, and that’s her husband and their kids,” I continued. “That’s exactly why things like this happen in this area. We are taught pretty young about what it takes for Americans to live in a free country.”

Steve and Bert just stared at me for a moment, and then Steve said, “More people in this country need to see things like this. This community is incredible.”

We will have another opportunity this morning at 11 a.m. to teach our children more about respecting why we, as American citizens, possess our rights and live freely when members of American Legion Post 1 conduct the annual Memorial Day service at the Veterans Amphitheatre at Heritage Port. The ceremony honors our veterans who perished in the line of duty during all wars, and it lasts less than an hour.

The crowd usually comprises  mostly veterans, though, so it would be a wonderful sight to see more Wheeling residents take the time to attend with their children before enjoying the day off our veterans give to us each year. 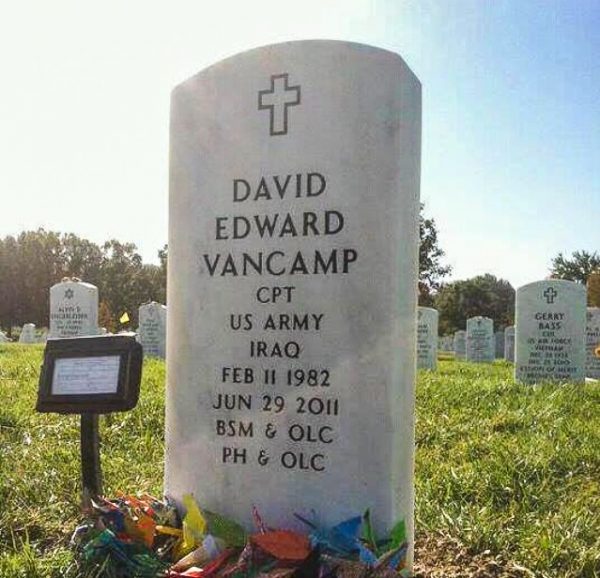 Capt. David VanCamp was laid to rest at the Arlington National Cemetery.