Christmas of 2001 will not make it to my “Top 10 Most Enjoyable Christmases” list. As a Navy Reservist, I had celebrated an occasional birthday while on my required annual military duty, usually in England, and had missed a few important events my daughter was in. Since the Desert Shield/Desert Storm campaign in the early 1990s, the military had realized that Reservists were the biggest bargain around, and the “one weekend a month, 2 weeks a year” required duty was long gone- at least it was for the Naval Intelligence Reserve Program. Throughout the late 90s, everyone I knew was averaging four to five weeks a year of active duty time, along with an extra weekend or two thrown in. That was what was expected, and what we all did. And then 9/11 happened.

I think everyone in the military knew it was going to be different after September 11, 2001. Reservists and National Guard members had all been operating at higher OPTEMPO (Operational Tempo- I had to throw in some military acronyms!) for some time, and I think everyone inherently knew this would fundamentally change things for everyone. As an example, a good friend of mine Commander (now Admiral) Gene Price was called the Friday after 9/11 and was on his way to European Command HQ in Stuttgart the following Monday. I knew I was going to be re-called, we all expected it, but as a junior Commander I was in the sweet spot for the ranks they needed: senior enough to have some clout but junior enough to fill just about any job that needed filled. Soon after getting to EUCOM HQ Gene emailed and said there was a job they needed an O5 (Commander or Lieutenant Colonel) to fill, and it was pretty important and significant. I decided to pick my poison and agreed to take that one. 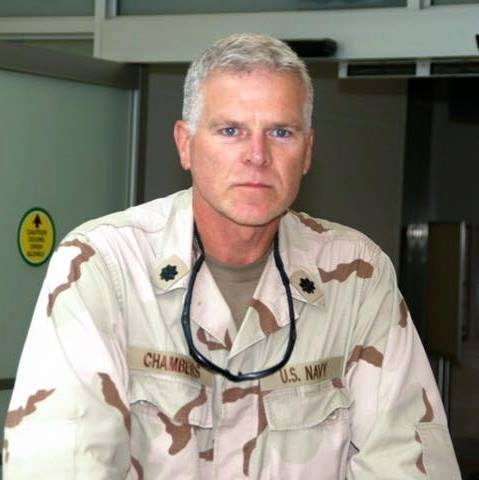 I left just before Thanksgiving (and for some reason, Thanksgiving that year is a blank, I do not remember anything about it). The first four to six weeks on active duty in any new command is a whirlwind. It is for anyone- active duty or reserve. I believe that is more true in the intelligence world than almost anywhere else. Intel is charged with knowing everything there is to know about the bad guys. Well, the bad guys in the European theater are totally different than the bad guys in Iraq, and are different than the bad guys in Mali, or Indonesia. Being up to speed on intel in a particular neck of the woods doesn’t mean squat if you change forests. And joining a high-paced, high expectation organization that needs current and accurate intelligence means there isn’t a two-week learning curve. Most, but not everyone, will know you’re new and cut some slack, but when a two or three-star General asks a specific question in a briefing, “I’m sorry sir, but I just got here,” isn’t really what he wants to hear. The division I worked in was primarily active duty with some reservists (more and more all the time as workspace and living space was created to accommodate everyone coming in to begin fighting the Global War on Terror). Everyone worked 12-hour days, that was common. That first six weeks I – and I assume anyone else coming in – was working 14-16 hours a day to try to learn as much as possible, as quickly as possible. I was up at 4:30 every morning and in the office at 0600, and that first month it was rare if I left before 2000 hours (8 p.m.). Sleep a little, work a lot, eat when you could, do what you needed to do on Saturday evenings and Sundays.

Gene and Sean McCann, another intel colleague from the Atlanta area, and I tried to schedule times to have lunch or dinner together, but with our work schedules lunch usually was eaten at our desks and we all were leaving at different times at night so we’d just wave to each other in the halls. As people came in, they were randomly placed in whatever housing was available. I was lucky in that I was in a hotel at an adjacent base that was pretty nice. It was military housing, but nice for military housing. Still, it was a hotel room, and it seemed to get smaller by the week. Thankfully, other than to sleep, I wasn’t there much.

By mid-December, I had settled into the routine, and was facing a long German winter. Since Germany is considerably more north in latitude than the U.S., the winter days are even shorter than here. It was depressing, and knowing I was going to spend my first Christmas away from home made it even more depressing. And that’s where the tree comes in. One day around December 15th or so there was a note on my door saying I had a box at the front desk. When I opened it in the room, it was a small, tabletop Christmas Tree that my wife at the time had sent, complete with some plastic ornaments and Christmas lights! It was one of the best surprise gifts I’ve ever gotten. Other than a couple of Christmas cards, there was nothing in the room that gave any indication that Christmas was two weeks away. It was cold (and I learned that German winters are Long with a capital L, and Cold with a capital C). 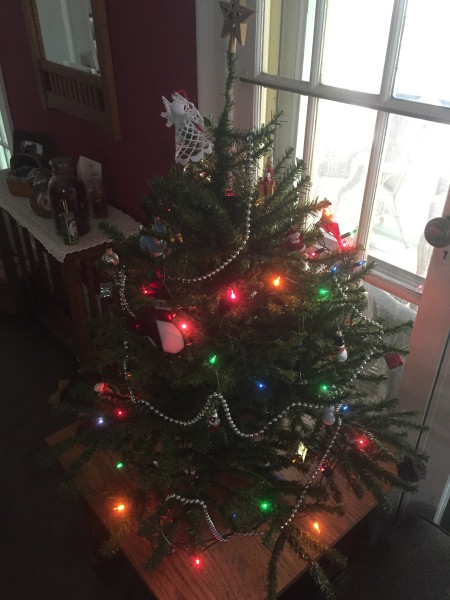 It was dark. I was getting up at 4:30 every morning. There wasn’t really time or an opportunity to meet anyone, although we all ran into people we had known and/or worked with from time to time. In short, it was really depressing. The Christmas Tree became something I looked forward to. When I would get to the room, I’d take my one electric voltage converter, plug in the tree lights, and plug it in, and for a few minutes every night, feel like it was Christmas. It kept me sane. That’s hyperbole, I know. But it really did keep me from becoming depressed. It was a little bit of normalcy. I’m pretty certain I worked all day the Saturday before Christmas, which was on a Tuesday (the same day of the week as September 11, ironically).

That Sunday I went to a local church for Christmas service. The congregation was about half locals and half service members, from what I could tell (haircuts are a dead giveaway). It was snowing when I went in, and it snowed hard the entire service. By the time we got out, there were at least four inches of snow on top of what was already on the ground, and I really wondered if I was going to make it back to the hotel. That Sunday was my last day off for a while. I don’t remember what happened, but on Christmas Eve there was a serious threat that we all were working on, and Christmas Eve was a long day at work. Christmas Day was a long day at work…and it was a long time after New Year’s Day before I had another day off.

Throughout that time I would come back to my room at night and look at the tree, getting my little time and place of normalcy before going to sleep. I kept it up long past New Year’s Day for that reason, using the Twelve Days of Christmas as my rationale- I can keep it up at least that long. When I left Germany, I don’t remember if I shipped the Tree back home, or brought it with me as luggage, but I knew then I’d always want the Sanity Tree up during Christmas. There would always be a big tree, a main tree, but this tree had helped me through a tough Christmas, and was now a part of me. I made sure to get the tree when we were divorced several years ago, and it’s been up every year- a couple of years it was the only tree up at Christmas. Which was okay- it’s the one that kept me sane.

Epilogue: Since the Christmas of 2001, I’ve spent another Christmas overseas, this time in Iraq in 2007. But that was different. We were a small Task Force that all worked together, ate together, stayed in housing units next to each other- in short we were a big team. We celebrated Christmas together as an organization. Those that wanted to gathered around a 55 gallon burn barrel on Christmas Eve and sang carols. It was a different environment and not nearly as depressing. That was the only Christmas since 2001 that I haven’t had the tree up, but I was okay without it there. So many people had sent cards and gifts and decorations and candy and goodies, that it felt like Christmas even without the tree.

So, if you know anyone who is deployed, especially overseas, send them something. Send a card, and a box of candy, and some candy canes, and a small wreath. And if you can, I’d bet a small Christmas Tree would be appreciated, too. 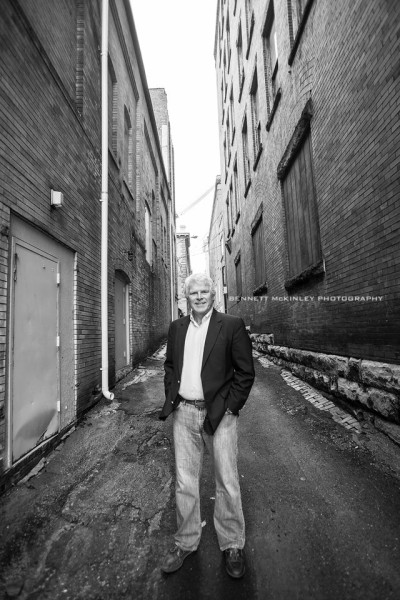