Thanksgiving is a favorite holiday for many. It has a treasured place not only in our bellies but in our country’s life.  But what is the history of Thanksgiving and why do we celebrate it?  A huge meal served at mid-afternoon on a Thursday is sometimes traced to the vision of Pilgrim leaders, or to the generosity of the Native Americans who lived along Massachusetts Bay; or to Abraham Lincoln and Franklin Roosevelt, who put Thanksgiving on the national calendar.

But the real hero of Thanksgiving may be Daniel Webster, a former congressman whose powerful speech two centuries after the Mayflower landed at Plymouth branded the word “Pilgrims” into the American conscience, reshaping their passage from Europe to America into a national parable, and transformed the 1621 feast of plenty into a feast of patriotism and optimism. 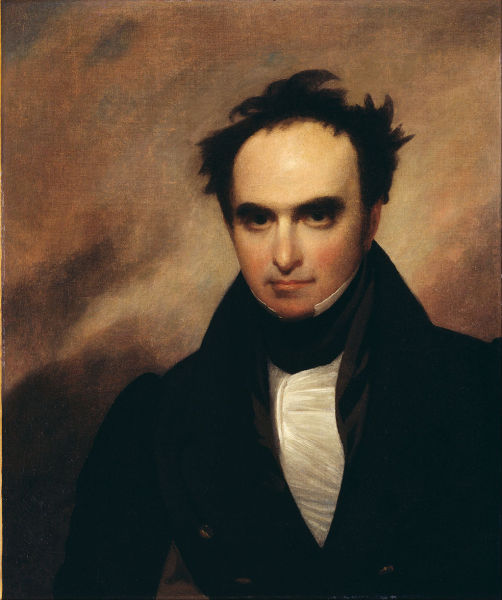 Ideals for an Unfinished America

A nearly two hour speech changed the way we regard the settlers and the way we view the Thanksgiving they celebrated. Towards the beginning of his speech, Webster said, “We live in the past by a knowledge of its history; and in the future by hope and anticipation.”

With that one sentence, Webster tells the story of an entire nation, inspired by a difficult and daring past and leaning forward toward an audacious future.

Webster referred to the Pilgrims often throughout his speech, “weary and distressed, broken in everything but spirit, poor in all but faith and courage,” explaining that “when they saw these shores, rough, cold, barbarous and barren, as then they were, they beheld their country” — a country where, he argued in another passage, “some advancement has been made in the elegant, as well as in the useful arts.”

At the heart of Webster’s speech was American idealism and his acknowledgment that the American project was unfinished.

Ideals for an Unfinished Wheeling

The same can be said of Wheeling, WV, today.  The Wheeling revitalization project is unfinished, and in many ways has just begun.  It is important for us to remember the past and to be thankful for the rich history that our city has. However, we should be careful to avoid staring in the rear-view mirror reminiscing of what Wheeling used to be, but instead we must look forward into the future with hope and anticipation as Wheeling grows into all that it is capable of being.

From the first week my family moved here I sensed a “woe-is-us” attitude from many.  Fortunately, day-by-day, week-by-week and year-by-year I have noticed that attitude diminishing.  Why is it diminishing?  Because one of the most powerful and least known virtues in our society is increasing: gratitude.

Gratitude is the key to not only experiencing what I believe our community wants, an authentic, thriving joy — but is what Chesterton called the highest form of thinking. To thank is to think. Thinking that is foundational to healthy relationships, strong communities, and vibrant culture. At a time when it seems easy to point out all that’s wrong with our city, advancing the common good requires a lens through which one actually sees the good. Finding, celebrating and cultivating the good, true and beautiful, is key to how we together will shape the future of our city.

So this Thanksgiving, I am thankful for the city that my family and I moved to 4 years ago from Arizona. I am thankful for the church (Covenant Community Church -C3-) that I pastor and for all the other churches and non-profits that join us in impacting the community in a positive way. I am thankful for the small businesses that entrepreneurs are opening and the ever-increasing sense that Wheeling is at the inception of greater things than we can even imagine.  It will take hard work, optimism, and collaboration like never before, but as we “thank and think” together, Wheeling will increasingly become a desired destination for businesses and families alike.  So this Thanksgiving, join me in celebrating Wheeling, for its rich history and its even richer future.  Happy Thanksgiving!