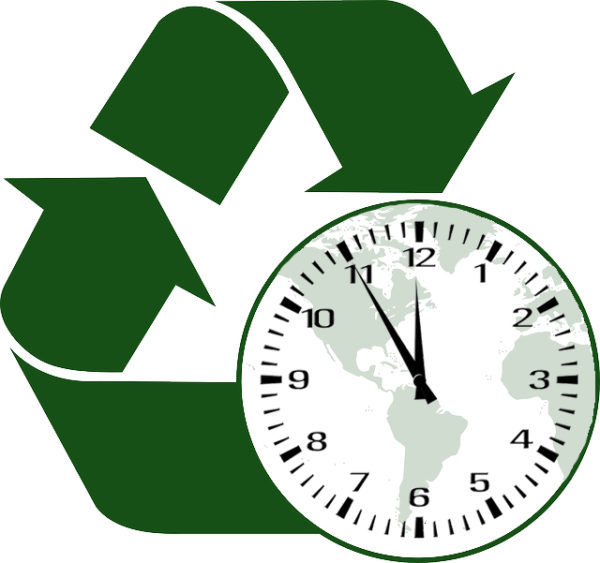 Editor’s note: In part two of a continuing series of stories on how Wheeling is “greening up,” we look at one local teacher and how she and her students are asking area restaurants to do more for the environment by doing a little, well, less. Watch for more stories in coming weeks about area businesses that are leaning green, other models of recycling and an open discussion on Wheeling’s eco-future with city officials.

Restaurant owners: The letters are in the mail. And, they’re mostly polite.

“It was hard to teach them to persuade and not threaten,” Ann Railing said with a raise of her eyebrows and a wry tilt of the head. Students in her fifth-grade class at Steenrod Elementary were so worked up over an end-of-the-school-year project to reduce the use of plastic straws at area eateries that a few got a little, well, feisty in their letter-writing campaign. As in, “plastic is bad, animals will die and you may, too!” feisty. 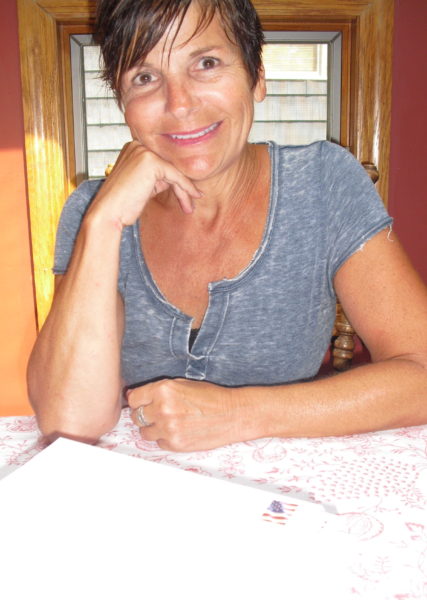 Ann Railing, who co-leads the Green Team at Steenrod Elementary School, displays a stack of letters her fifth graders wrote to area restaurants, asking owners to eliminate or reduce the use of plastic drinking straws.

Railing said the kids’ hearts were in the right place, however. Deeply moved by a study of “plastic island” — a floating sea of debris in the Pacific Ocean that is twice the size of Texas — they simply wanted to do their part to protect marine life from everyday human life.

Their nearly two dozen letters will go to city restaurants in coming days. In them, students used persuasive-writing skills to urge owners to either eliminate plastic straws or reduce their use by only giving them out on request.

Starbucks, the international coffee chain, is in the middle of such a change. Students were impressed that at least one Centre Market eatery, Later Alligator, already has taken the plunge, switching to paper straws that will compost.

Railing said, before writing the letters to other local restaurants, students called Later Alligator during class to ask for more information about how that change worked. They gathered quotes from Later Alligator signs about its straw policy to bolster a slew of pro-reduction facts gathered from the internet.

“It was really cool to see them get sucked in and buy into it,” Railing said of the fifth-graders. 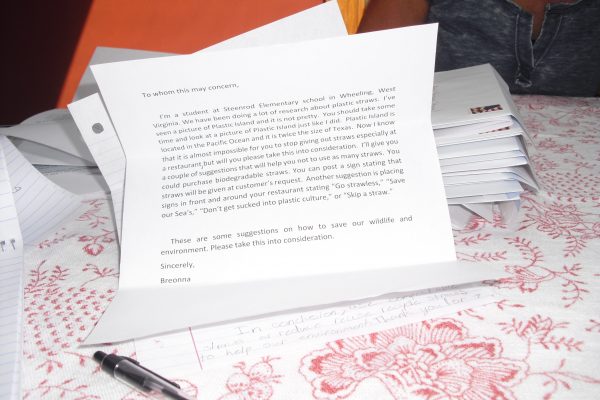 Team leaders are now working on broader sustainability, such as the reduction of plastic use campaign. In the last school year, the group also worked with graduate students from Carnegie Mellon University in Pittsburgh to create an online sustainability game called Trash Traders. Teachers such as Railing are also working with Grow Ohio Valley to garden on site.

As with the straw effort, Railing said most team efforts focus on students, with leaders counting on the potential of youthful energy to drive adults to fit greener ways into their busy days.

HEY RESTAURANT OWNERS: Are you thinking of going straw-free? If so, what’s your plan? Please comment below or on Weelunk’s Facebook page.