It’s only an idea at this point, but it’s something two Wheeling business partners believe can add to the transformation that is taking place at this time in the Friendly City.

Howard Scott and Nick Pusateri with Scott Home Construction have approached a few different organizations in Wheeling to investigate whether or not there is interest in a tiny home community for struggling families and homeless individuals. The partners have researched similar projects that have taken place in Texas, California, Illinois, Washington, and Tennessee.

“The way we see it is that the struggling families and the homeless are still a part of the Wheeling community, and I wish everyone thought that way. But instead of complaining about it, we want to do something to help,” Scott said. “You are always going to run into people who have a very negative opinion of the homeless, but this is all about the positives and not about the negatives. 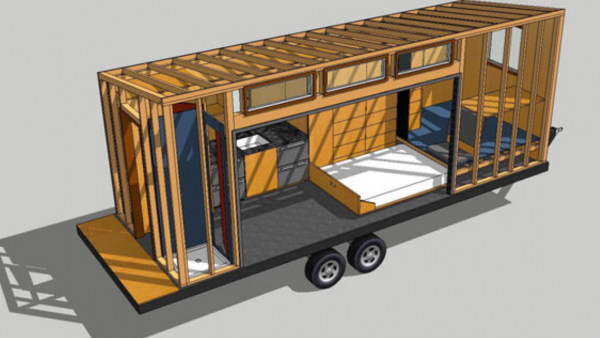 The tiny homes can also be made to be mobile.

“We know this will be a long process to accomplish what we want to do, but it’s all about taking the right steps,” he continued. “I know we can pull this off here in Wheeling, but we are going to need to make some very important partnerships.”

The most basic tiny home measures eight feet by 20 feet, or 160 square feet. The ceiling is typically eight feet, and each tiny home is equipped with a loft for the bed.

“Everything is on one level except for the loft where your bed would go, and the tiny homes are very energy efficient,” Scott said. “There are solar panels on these homes, and they are also equipped with Berkey water filters for the collection of rain water. Three-quarters of the cost of living is cut by living in one of these.

“In the summer months you have free heat, free water, and free electric, and in the winter months there’s the energy from the solar panels, and there’s also propane backup,” he continued. “There’s also a storage tank for more water if you need more, and it’s suitable for drinking, bathing, and cooking.”

Tiny home communities similar to what Scott and Pusateri would like to build can be found in several cities across the country, including Chicago, Dallas, and Nashville. Each of the communities has been constructed thanks to public-private partnerships.

“In our research we have found that there are state, private, and federal funds that have been granted for projects in other areas of our country, so we are hopeful that we can get involved with those organizations here in West Virginia,” Scott said. “We may be talking about tiny homes, but this is a big project with a lot of factors that we are working on now. 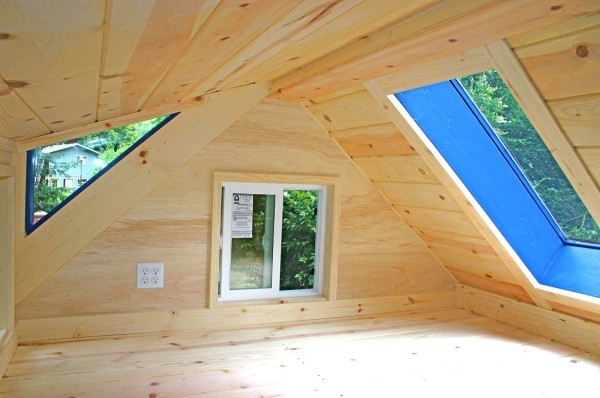 Each tiny home would feature a small bedroom loft.

“Each one of these homes, in their basic form, will cost between $10,000 and $12,000, so funding is a very important part of making this happen,” he said. “These homes would be available to the general public because I know there are people who are looking to downsize all of the time.”

The partners are currently in the process of building the partnerships they believe will be necessary to move the project forward.

“We have had some discussions with officials with Youth Services System, and they will continue with them in the spring,” said Pusateri. “That’s when we will be ready to make our presentation to them, and we are also hopeful that officials with the Greater Wheeling Homeless Coalition will be interested in this project, as well.

“Our goal is to be able to do this project as well as continue growing the construction business at the same time,” he continued. “But we know if we can get this going, that it will be very beneficial to our community.”

The location of a tiny home community is one detail that has not been finalized, and a conversation with city of Wheeling officials has not yet taken place. However, Pusateri and Scott are aware that the city and the state own most of the vacant lots throughout the municipality. 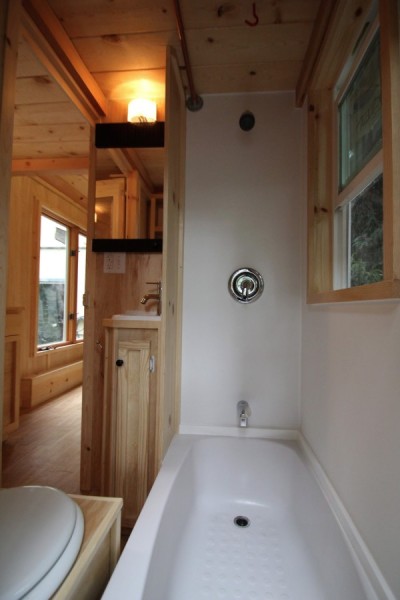 “There are a lot great things happening in Wheeling, but there’s a lot more that can be accomplished. When we drive around Wheeling, we still see a lot of vacant properties that are owned by the government,” Scott said. “We want to utilize some of that unused space, and we’re hoping we can get cooperation from city officials, too.

“Ideally we would like to find areas to place these tiny homes near stores and services so the residents would be able to get the help that they need,” he continued. “This is all about helping these folks get through what they are experiencing in the best possible way.”

Scott and Pusateri are not only business partners but also longtime friends since they first met as students of Wheeling Park High School.

“Howard and I were always friends throughout high school, but then we went into different directions. He went into construction, and I went into the sales business and moved out West,” Pusateri explained. “I was out there for about two years, but when I came back, he and I contacted each other.

“And we both want the city where we grew up to continue getting better and better, and this is the idea we’ve developed that we believe can do that,” he said. “I bring the sales and marketing to the business, and now we’re working on growing the business and helping our community.” 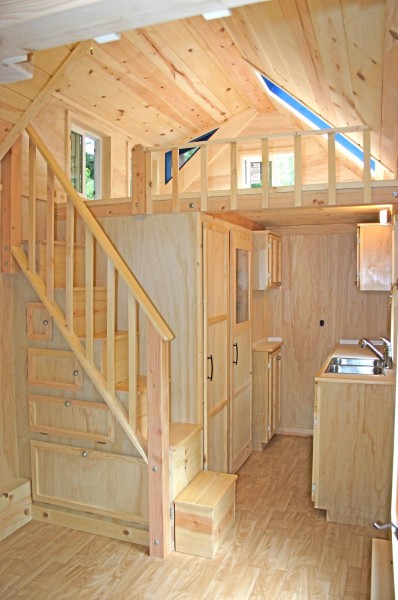 This design is more complex than what Scott wishes to construct for struggling families and homeless individuals in the Wheeling area.

According to Bankrate.com, 76 percent of the American population was living paycheck to paycheck in 2013, and the U.S. Department of Housing and Urban Development reported earlier this year that more than 500,000 citizens are currently homeless. In fact, mayors in Los Angeles, Seattle, and Portland have declared emergencies over big increases in homelessness, and it is also an issue in Hawaii.

In Wheeling, the YSS Winter Freeze Shelter was at full capacity each night between mid-November and mid-March, according to development director Tammy Kruse.

Pusateri and Scott, though, wish to change that fact.

“As we grow our business, it’s important to us to give back to our community,” Scott insisted. “That goal got us thinking how we can do that using the skills that we have and that’s when we realized that we have a lot of great organizations here in Wheeling that help the struggling and the homeless.

“We want to discuss our idea with the Homeless Coalition and YSS and see what’s possible as far as the tiny homes are concerned,” he continued. “This is happening in a lot of other areas because of the economy, and we all know that we have struggling families and homeless individuals in the Wheeling area. Why not do something to make their lives better if we can?”