First of all, I turned 45 today, and I have never had a birthday party. Every year until I was around 10, my mother made me a birthday cake. (Chocolate is still my favorite.) Sometimes she would light a candle, and I would blow it out. Other than that, my birthday was never much of an affair beyond the hustle and bustle of getting ready for and going trick-or-treating, which in all likelihood is the reason why no one has thrown me a birthday party to date.

My friends and family would send me cards and give me gifts. (The best ever was a giant pumpkin for carving on my 17th birthday.) But I always wondered what it would be like to have a party just for me; in honor of me. Of course, I could throw one for myself, but now that I am a mother, I spend my time getting my son’s costume put together (he was Robert Plant when he was 4!) and helping with his class Halloween party.

I sort of laugh it off when I talk about it. I mean, after all, there really is a party somewhere on my birthday. It’s Halloween! But I feel like I am missing out somehow on never being the guest of honor. My husband finds my desire childish and self-centered, and yet he looks forward to the special birthday party I have for him every year. Like me, his birthday is close to a major holiday (Christmas), and for his whole life, his special day fell by the wayside in favor of bigger doings.

I think it is a part of the human condition to want to feel special or unique, and in the absence of a party, I attempted to find other ways that my Halloween birthday made me stand out in some way. From around the age of 9, I lived in the public library. My dad would drop me off on Saturday mornings, and I would stay there until a few minutes before it closed. My favorite thing to do was sit on the floor in the stacks and pull books off the shelves, leafing through their yellowing pages in search of higher truths as well as mundane facts. 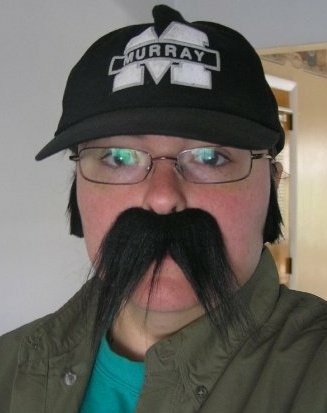 At some point during those early years, I became obsessed with Halloween. I believed for quite some time that I simply must be imbued with magical powers of some kind because of my magical day of birth. I became an expert on all things Halloween, including its Celtic roots. Samhain was the day before the Celtic New Year on Nov. 1. Celts believed that it was the only night of the year when the dead could return to the living world. On Samhain, prophecies were thought to be more accurate, animals and crops were burned at sacrificial bonfires, and Celts would wear animal skins and heads to disguise themselves from evil spirits that might be crossing over.

Later, of course, these traditions would be co-opted by Christianity as Nov. 1 became All Soul’s Day and Oct. 31 became All-hallowmas from Middle English Alholowmesse, which means All Saints’ Day. The night before became All-Hallows Eve, and eventually, Halloween.

These early origins fascinated me. For well over 2,000 years, humans have been celebrating Halloween, and I was lucky enough to be born on such a day when the membrane between the worlds of the living and the dead became a gauzy, penetrable film. Surely, I thought, this must make me special.

I searched in every book I could find about the significance of Halloween babies and didn’t discover much at all. Some sources said people born on Halloween have the second sight. That is, they could see into the future. Other sources say we are immune to evil spirits. And still, other sources argue that Halloweeners can communicate with spirits. 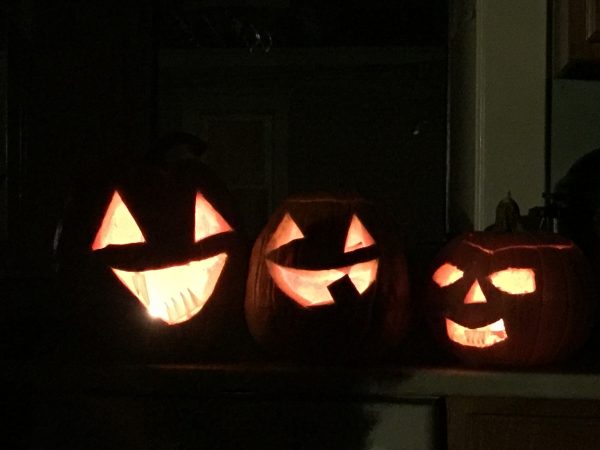 One thing for sure is that it is an uncommon day to be born. A 2011 Yale study found that 11.3 percent fewer babies are born on Halloween than any other day of the year. It seems, according to the study, that women who can choose through elective c-sections on which day to give birth avoid Halloween because of its “evil associations.”

My grandmother Theresa was one of those people who thought that Halloween babies were in touch with the great beyond. And I suppose she would, given that she raised her family of 10 kids on tales of supposedly true hauntings that went back to before West Virginia was a state. I became the keeper of those ghostly tales of haunted houses, an old woman who hanged herself in her attic and visited frightened house guests in the night, and an uncle who died in a Halloween night car crash coming back for candy and one last kiss from his young bride. 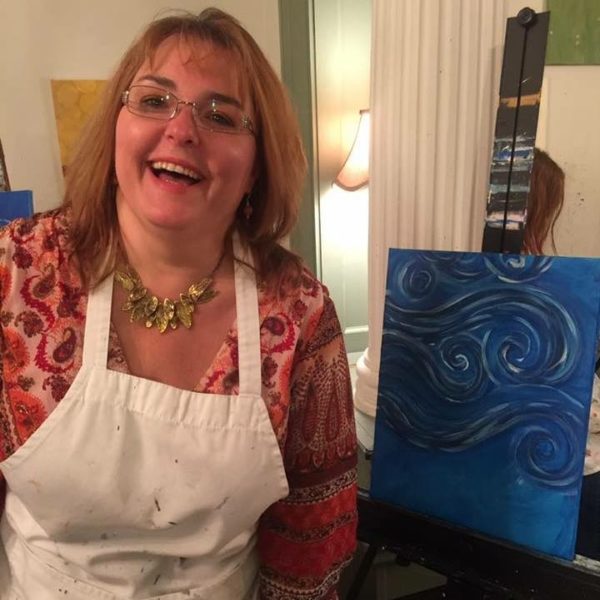 By the time I became a teenager in the 1980s, my interests in my day of birth turned from its history and significance to a near-rabid consumption of all things scary. I was a horror movie aficionado; a master of all things that go bump in the night on the big screen. I stayed up late on the weekends watching Chiller Theater with my dad. (Come on, you know you remember Bill “Chilly Billy” Cardille.) My favorites went from the tragic Night of the Living Dead to the gorefest that is Friday the 13th to the unexpectedly horrifying The Blob. If it came out before 2005 and it was scary, I watched it. In fact, for my 30th birthday in 2003, I went to see The Ring, and it still freaks me out when I think about that dark walk back to my car in the movie theater parking lot. I swear, Samara was right behind me in her water-rotted dress; her face concealed behind a greasy veil of stringy black hair.

When I wasn’t watching horror films, I was devouring books by the master of modern horror, Stephen King. I have read every book and short story he has ever written, but by far, the book that remains the scariest is Pet Semetary, which is being made into a second movie set to come out in 2019. But I will never forget screaming and jumping into my grandmother’s lap the night we watched Carrie. That end scene when Sissy Spacek’s arm comes out of her burial cairn still sends a jolt through my body when I recall it. A recent interview with Spacek revealed that she insisted that her real arm be used in that scene and not an arm double. She wanted the scene to be authentic, and it was!

Since my son came along in 2011, I have watched progressively fewer horror films and read even fewer scary stories. Occasionally, though, I am tapped to teach our Horror in Literature course at my university, and I love it! Talking with students about what makes 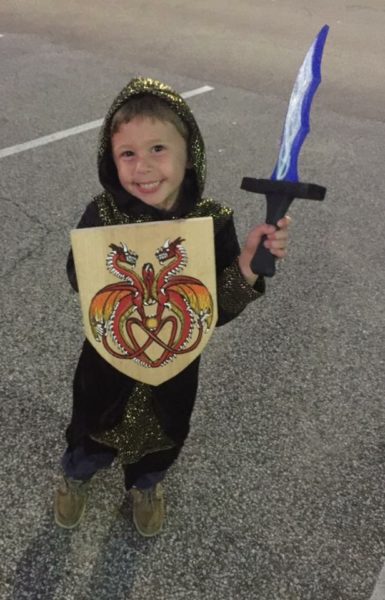 some writing scary and why is a rare pleasure. We even go on ghost tours of the campus and surrounding community to explore the nature of human fear and storytelling.

This Halloween I am dressing up as my calico cat Ginger who passed away in July. My son is going as Link from the new Legend of Zelda video game, Breath of the Wild. We have already traipsed through Storybook Forest for their Halloboo event, hopped the train at Boo at the Zoo at Oglebay, carved our pumpkins into jack-o-lanterns, attended his class Halloween party and gone trunk-or-treating. All that remains is tonight — my favorite night of the year. We will go trick-or-treating with friends and stop at the Alpha for a Bridgeport Brownie. What more could a person want for their birthday than to hold the hand of a costumed little boy as he knocks on neighbors’ doors with his gaggle of giggling friends on a cool fall night when the only ghosts we’ll see are made out of mama’s bedsheets?

Being a Halloween baby is far from the curse that some may imagine it to be. It is the best day of the year to have a birthday. After all, there’s always candy … and chocolate cake!