Even polka found a place at No. 4 in the entertainment lineup for Saturday’s inaugural Oktoberfest at Centre Market, and that’s because, well, it’s polka.

“It’s tradition, so I believed it would be great to break things up near the middle of the day for that change of pace that everyone will enjoy,” explained local musician Jon Banco, who helped the city of Wheeling’s Kurt Zende with formatting the day’s live and local entertainment. “The polka music will not dominate the day, of course, but it will definitely add to the overall show.”

The event will benefit the United Way of the Ohio Valley, an organization that serves as the “umbrella” organization for 31 non-profit agencies in West Virginia and East Ohio. The United Way will raise funds by providing over 60 volunteers, by selling wristbands, beer mugs, and soda pop and water.

“It was important to me to keep it as local as possible as far as the entertainment is concerned because we’ve really seen a lot of great things from our musicians from the Wheeling area in the last five or 10 years,” Banco said. “There was that time here when we didn’t have too many venues willing to hire live entertainment, but we’ve seen that evolve, and that’s attracted a lot more musicians to get started and to get established here.

“This inaugural Oktoberfest will feature several great examples of that,” he continued. “I also believe it’s a great mixture of sound from one band to the next so it’s going to be very diverse and a great variety of genres of music.”

Initially, this band was known as The Cherry Street Band when the five-piece group played a plethora of shows in the Morgantown area for several years earlier this decade.

These days, Wheeling natives Drew Nickerson, Greg Mulley, and Logan Seidler perform as The Cherry Trio, and they are set to lead off the entertainment at noon. The band is known for cris-crossing genre when performing cover songs, and that also are expected to offer a few soulful originals, as well.

“The guys in The Cherry Trio are younger, and they are playing a lot of great songs they learned while in college,” Banco said. “They will perform both covers and originals, and they are mix between folk and jazz. It’s difficult to compare their style to anyone else’s because of how unique their sound is.

“It’s great stuff, and they are leading off to get us off to a great start on Saturday,” he said. “I believe the crowd is going to enjoy them.” 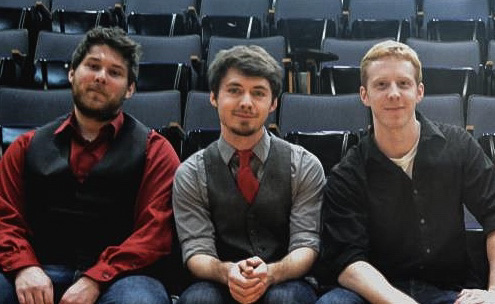 The Cherry Trio got started in Morgantown but now books the majority of their shows in the Wheeling area.

Locals likely now are familiar with Jim Miller from the 1170 Band, Chad Smith from his drumming days for Brad Paisley, Mike Mazure from Crystal Ball, and all three of them from the Fabulous Bender Boys.

These days, though, they leave at home the massive PA systems, the drum kit, and all the fancy amplifiers so they can strip down to their well-grown roots. This trio plays most of the covers everyone knows and is set to take the Centre Market stage at 1:30 p.m.

“These guys have been a Wheeling staple for a lot of years, especially since they are three-fourths of The Fabulous Bender Boys for a lot of years in this area,” Banco said. “They are seasoned veterans as far as the local music scene is concerned, and their sound is very, very tight. It’s real easy at times to think that you are listening to a recording. They are that tight.”

Yeah, he has friends in low places, and he loves when the thunder rolls. If tomorrow never comes, he’ll dance by the river and pray for unanswered prayers, but it is doubtful he’ll mention the name Chris Gaines.

And, yeah, Tim Ullom loves his Garth Brooks because he can perform the country music legend’s songs spot on, but also because Brooks was king of country when Ullom was discovering music for himself. These days, Ullom surrounds himself with guitarist Jason Treuman, bassist Buck Allemond, and percussionist Jason Birch to produce a sound that’s proven most popular in the Wheeling area.

“It’s Tim, and he’s awesome. That’s the first thing that always comes to my mind when he’s scheduled to play somewhere. You just know it’s going to be a great show,” Banco explained. “He has that country voice that was very popular in the 1990s and still is today, and the music fans around here can’t get enough of it.

“His band is maybe the best collection of musicians in the valley area, and they really sound awesome when they get out on that stage,” he continued. “They are an outstanding combination of sound, and I’m really happy that it worked out so they could be involved with Oktoberfest.” 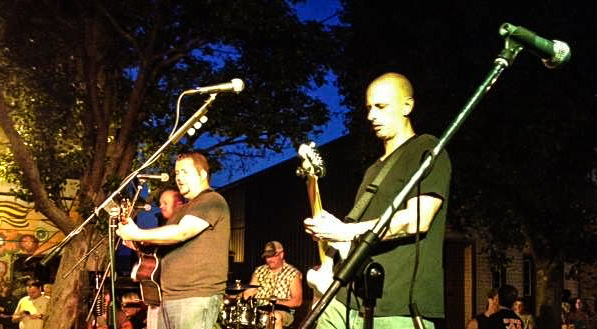 The very first Oktoberfest will include the tradition of polka music beginning at 3:30 p.m. The band of six members hails from the Pittsburgh area and is expected to change the pace of the inaugural event.

“When I have attended any Octoberfest events in my lifetime, there’s always been polka music and a lot of people enjoying it,” Banco said. “So why not have some fun with it for an hour? People in this area love it, and I think even the young people in attendance at that time will realize how much culture we have here in the Wheeling area.

“I worked with John Hargleroad from Oglebay Park to acquire the names of the bands he has used during the decades of Oglebayfest, and we got lucky to schedule the Tady Bears,” he continued. “I’m sure when the crowd hears polka, the reaction is going to be a lot of fun to watch.”

Billy The Kid and The Regulators

“These guys are the real deal, and they have been playing the blues for a lot of years,” Banco said quickly when asked. “Bill has been involved with the Bluesfest from the very beginning, and when you hear him and his band, you’ll immediately know why.”

Billy Evanochko, Andy Taravella, John Bartholomay, and Tim Mabin all hail from different areas of Pittsburgh but when they collect on stage, they form a high-powered, guitar-driven, rhythm and blues band that’s widely known through the tri-state area. The group has been very successful in the International Blues Challenge in Memphis, Tenn., and they have won blues challenges in both western Pennsylvania and in Appalachia.

“Billy has been a big part of the blues scene not only in Wheeling and Pittsburgh, but also up and down the East Coast,” Banco added. “He and his band have either opened for the national blues acts, or they have been the main attraction because he’s very entertaining. People at Oktoberfest should expect him to leave the stage and get out in the crowd because he loves to get the people pretty fired up.” 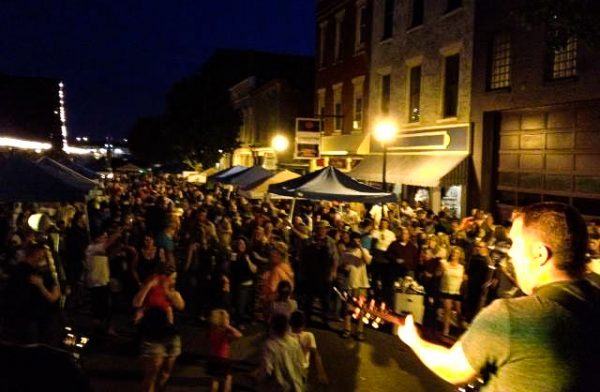 The final band of the evening, The Joseph Sisters, will begin at 9:30 p.m.

Since they were children, that’s how long this trio has performed with each other, and, according to Banco, there’s something very special when their three voices blend.

“They come from a great family, and the music fans in this area really, really enjoy their performances,” Banco said. “All three of them are established singers, and their harmonies are genetic, and that’s something very rare no matter where you are. It such a beautiful thing when you hear it, and it definitely will get your attention if you are there Saturday evening.

“The ladies are the final performance that will get started at 9:30 p.m., and they love to interact with the crowd,” he added. “They do a great job with blending class country and several other genres of music, and along with the cover songs they perform, they also are very talented songwriters.”

Marybeth Joseph, Jamie Joseph, and Shalyn Joseph officially formed the band in 2011 and have since opened for Toby Keith, Jerrod Neimann, Aaron Lewis, The Clarks, Phil Vasser and The Oak Ridge Boys, and they have also performed at Jamboree in the Hills.