Officials of the United Way of the Upper Ohio Valley are now in the final planning stages for this year’s “Night at the Races” at Wheeling Island Hotel-Casino-Racetrack.

The annual event, one of two big fundraisers staged by the non-profit organization each year, is set for Friday, March 11, at 6:30 p.m. Tickets for the event are $35 each and may be purchased by contacting the United Way office at 304-232-4625. A ticket includes a program, reserved seating, and a sumptuous buffet dinner. A separate ticket for $3 each or two for $5 will be available so those in attendance will have the chance to claim a great prize. Prize tickets also are available at the United Way.

“This event is very important to us because it helps raise the monies that are distributed to our 28 agencies,” explained George Smoulder, executive director of the United Way of the Upper Ohio Valley. “The monies raised allow us to help those agencies respond to the emergency situations that are encountered by the folks at those different agencies.

“Our young people and our older people are facing some pretty tough times, and the needs for those residents are expanding every day,” he continued. “Our young people are encountering a much different world than we did when we were growing up, and our older folks are trying to stay in their homes for as long as possible before having to move into an assisted living situation. Those are just a couple of reasons why we hope our community continues to support our efforts again this year.” 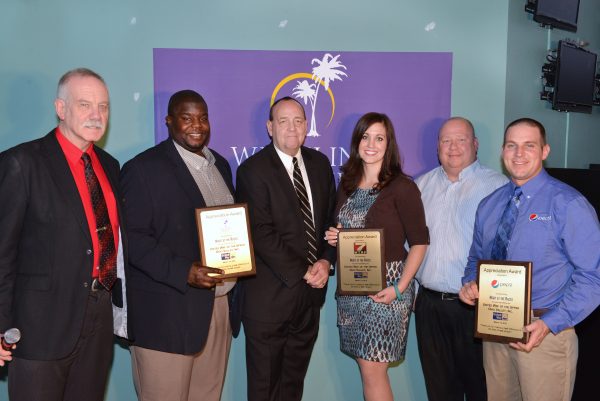 The organization, Smoulder confirmed, is close to its annual fundraising goal of $808,000.

“Thus far we have raised a total of $764,000, and that represents 94.5 percent of the total we hope to raise before our annual campaign is complete,” he said. “That is one of the many reasons why we’re looking forward to welcoming a big crowd to the ‘Night at the Races’ event.

“The people and the businesses in this community have used ‘Night at the Races’ as a bridge between winter and the summer, and it’s a great opportunity to meet up with friends you haven’t seen for a while, and it’s also a great chance to meet new people who are working hard to make our community a better place,” Smoulder continued. “Our community comes forward to help us every year because they realize the tremendous job that our 28 agencies are doing to help those who need help in this area.”

United Way of the Upper Ohio Valley serves both sides of the river. Belmont County and a portion of Monroe County are included in its coverage area as are citizens in Ohio and Brooke, Ohio, Marshall and Wetzel counties in West Virginia. Local volunteers serve on the board of directors, and currently there are 36 boards members representing all segments of the community. 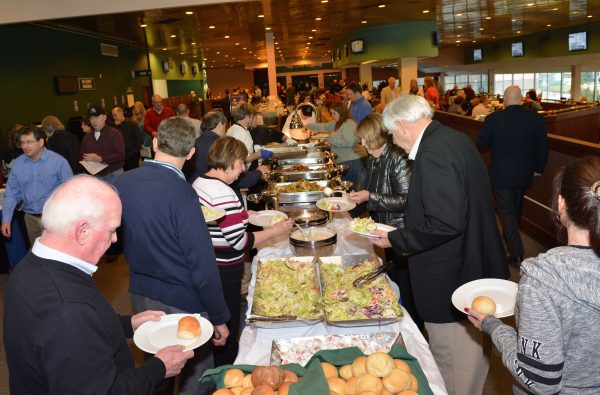 Smoulder said the buffet dinner is top-notch every year for the United Way’s ‘Night at the Races.’

“’The Night at the Races’ brings the United Way annual campaign to its conclusion,” said Bernadette M. Smith, president of the board for the United Way of the Upper Ohio Valley. “As a community we celebrate the hard work of the campaign. Our staff, board members and volunteers, our agencies, and our business partners all share the evening appreciating each other’s contribution to a better community.”

Major sponsors for the “Night at the Races” evening include Wheeling Island Hotel Casino Racetrack, WTRF-TV, and Pepsi. “Win” sponsorships are being provided by Gold, Khourey & Turak, and Wallace Jewelers. Panhandle Cleaning and Restoration is a “Place” sponsor.

“Show” sponsorships still are available for $400. 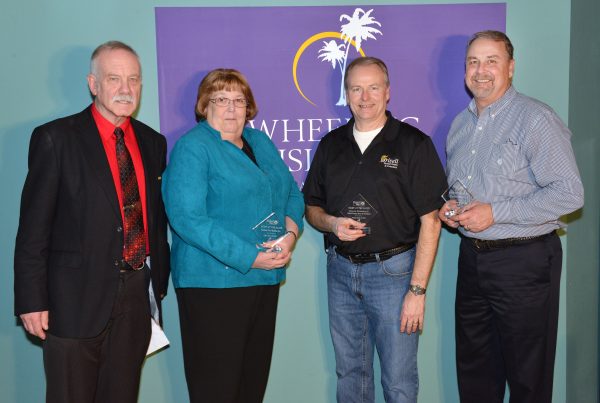 “We have the ‘Night at the Races,’ and we do our reverse raffle, too, but we are very lucky to benefit from several other fundraisers that businesses and organizations hold so they can contribute to what we do here,” Smoulder reported. “A great example is the annual Wheeling Feeling Chili Cookoff that is held at the beginning of June. Those folks have contributed thousands of dollars to the United Way of the Upper Valley because people in this valley care about their neighbors.

“Another example is the grant that we received today from AEP Power,” he continued. “They have contributed $20,000 that we will distribute to 10 different non-profit agencies, and some of them are United Way agencies and some of them are not. The mission here is to just make sure we are helping the people who need to help for whatever reason.” 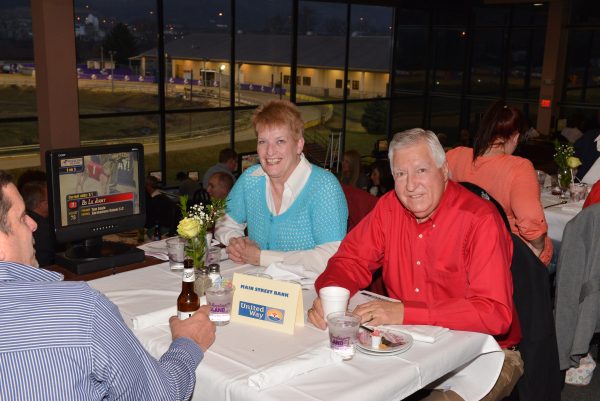 Ninety cents of every dollar collected is utilized to help residents of the Upper Ohio Valley region, Smoulder said. The organization also operates the “2-1-1 System,” a telephone number that connects callers to information about critical social service needs. By dialing 2-1-1 anywhere in West Virginia and in Belmont County and the caller will be connected to a representative that can give you proper referrals for your needs. This is a free service.

“We wanted to make getting the help we can offer as easy as it could be and 2-1-1 is a very easy number to remember,” Smoulder added. “And it is something that we remind people about all the time so they can help spread the word, and we plan to do it again while our donors are having a great time at our ‘Night at the Races’ event.”

(Photos provided by the United Way of the Upper Ohio Valley)