What they knew for sure was that W.A.T.C.H. wanted to build a greenhouse to expand upon skill development opportunities for the local residents who depend on the organization.

What they knew about “Show of Hands”?

That was the case because no one in management at Russell Nesbitt Services had attended a previous “Show of Hands” event, so they really didn’t know what to expect.

What they know now, though, is that the quarterly showcase of ideas is an example of community members coming together to support the reinvention of the city of Wheeling and that they walked away with $3,135 to use toward the greenhouse initiative. 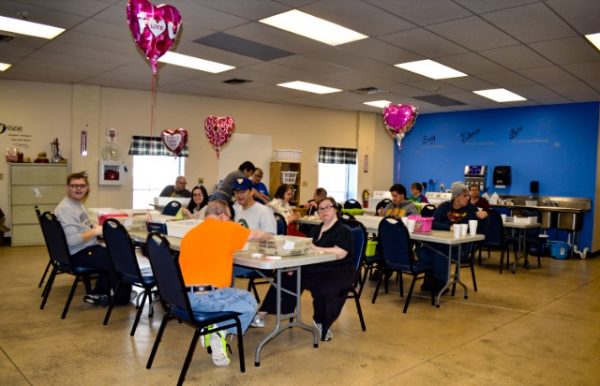 Several consumers report to W.A.T.C.H. to work in the direct mailing operation.

“I know I didn’t know what to expect,” said Stephanie Hockenberry, marketing director for Russell Nesbitt Services. “But it was really great to see such a large crowd of people who obviously care about the city of Wheeling and about what is going to take place in the future of the city.

“It was also very impressive to me to hear the other presentations because the level of creativity that we have in this area is truly incredible,” she said. “It’s really unbelievable and makes we very proud to live in this area. I am definitely a fan of ‘Show of Hands’ and I know I plan to attend as many of them as I can in the future.”

The greenhouse will be operated by trainers and the consumers that report to the Center Wheeling facility Mondays through Fridays, and the staff plans to grow flowers and vegetables that will be sold to customers. The greenhouse will be located behind the Main Street structure and is scheduled for an April 20 grand opening.

“We are preparing right now to break ground on our project to build a greenhouse for our consumers to work in so they can learn a new skill that will allow them to enter the workforce in the future,” Hockenberry explained. “The greenhouse has been ordered, and it is expected to be delivered near the beginning of March. Once it arrives, the plan is that we will start building it on March 11. 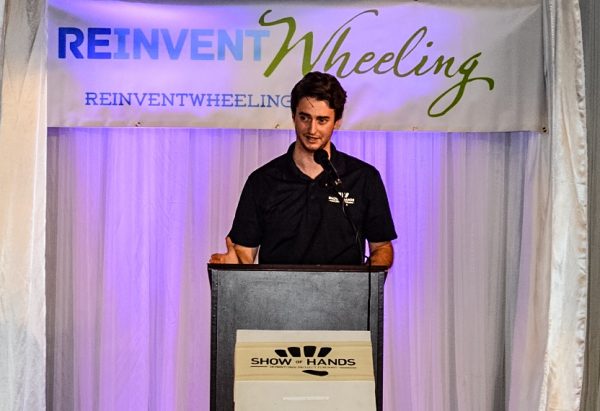 Jake Dougherty, executive director of Wheeling Heritage, has hosted each “Show of Hands” since the crowdfunding event was founded.

“The funds that we won at ‘Show of Hands’ will be used for the footers and for the foundation,” she said. “This is all about adding another opportunity for our consumers so they have the chance to learn new life skills so they can grow their independence.”

W.A.T.C.H. is a vocational program that transforms the participants from recipients to contributors to the community because the organization offers paid employment to individuals with cognitive, physical, and developmental disabilities.

“W.A.T.C.H. is our training center, and the people who report there on a daily basis are really, really amazing,” Hockenberry said. “W.A.T.C.H. has so many programs for individuals with disabilities, and the organization supplies employment opportunities for our consumers whether they work with the direct mail program or the shredding program.

“On any given day there will be 20 to 40 consumers that are at the training facility to work or to learn new skills,” she said. “The greenhouse will add another layer for them, and once we have grown both vegetables and flowers, those products will be available for sale to local residents.” 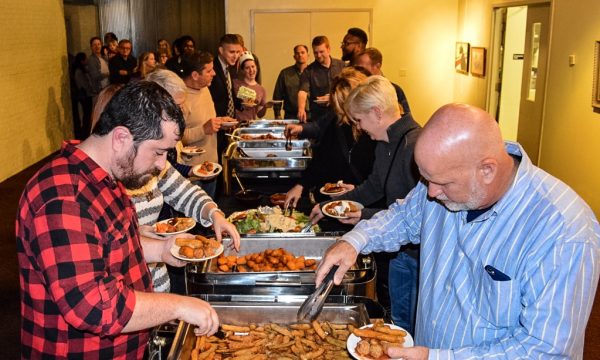 River City Restaurant provides the appetizers that are served once the four presentations are complete.

Hockenberry and Russell Nesbitt’s executive director, Brian Breyer, will be on hand this evening during the “Show of Hands” event at the Wheeling Artisan Center to update the community on the progress of the pitch that proved victorious at the end of November. The festivities will begin at 5:30 p.m. on the third floor with Mr. Fancy Pants entertaining and BrewKeepers selling drafts, and the pitches are set to begin at 6:30 p.m.

Those who attend are asked for a $5 donation that adds to the amount won by the presenter receiving the most votes. People who wish to donate $10 will be offered a couple of minutes at the microphone to promote a business, event, or a project of their own. The collected donations are combined with the guaranteed winnings of $2,000 thanks to Orrick and the “Friends of Show of Hands.” 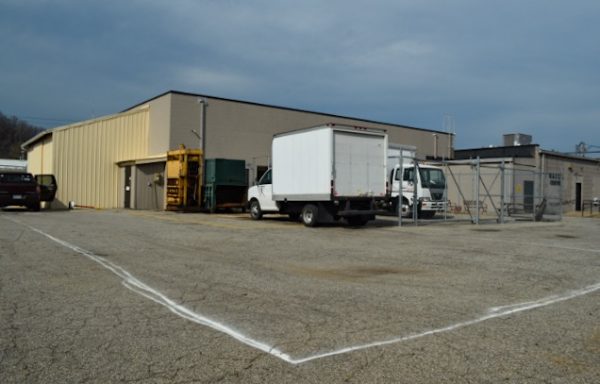 The white lines indicate where the greenhouse will be constructed at the W.A.T.C.H. facility in Center Wheeling.

A grand total of $21,405 has been distributed to the nine winners to benefit the downtown Wheeling area.

This evening’s participants will be representatives from Cat’s Paw Studio, the Children’s Museum of the Ohio Valley, David and Goliath Film, and Second Chance Technology. Voting should begin around 7:15 p.m., River City Restaurant will provide appetizers, and community announcements will precede the final vote count.

“I think we went into it believing we were the underdog because we really didn’t know what to expect,” she continued. “All we could do was to get prepared for it and hope we could win, but you really didn’t know how the people in the audience would react to the presentation. I’m sure it will be the same for this event’s presenters.”