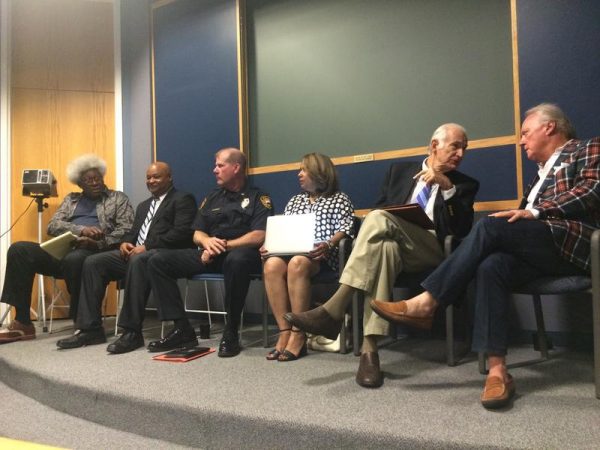 The NAACP’s annual state convention took place over the weekend on the campus of Wheeling Jesuit University featuring a panel discussion where speakers tackled some of the biggest racial issues facing the state.

A couple hundred people came out over the weekend for the banquet at Wheeling Jesuit University to hear a keynote address from author and attorney Sharon Eubanks – a civil litigation trial lawyer. Eubanks was lead counsel in the historic federal tobacco lawsuit United States v. Philip Morris USA. She offered moving, personal accounts of racial hurdles she overcame to achieve professional success.

The NAACP’s panel discussion was titled: “Justice in America in Black and White.” Speakers included local law enforcement officials and community leaders from around the state and region.

One panelist – Charleston-resident Reverend Matthew Watts, offered history and analysis of the racial disparities in the state. He spoke, for example, about how the felon label is a cornerstone of dysfunction in our society – along with a myriad of other failed government policies.

“We have major problems in West Virginia and we are in an absolute state of denial about how bad things are for black people wherever they live,” Watts said. “And because blacks are in such small numbers they’re not rioting and protesting and demonstrating – and fortunately police are doing a pretty good job – they’re not shooting unarmed people.”

But Hancock County Judge Ronald Wilson pointed out that here in West Virginia we do send a disproportionate percentage of the black community to jail:

“There is no question that the statistics are not good in WV. The black population is only about three percent, but in our prison system, of every 100,000 people 400 are white 2000 are black.” 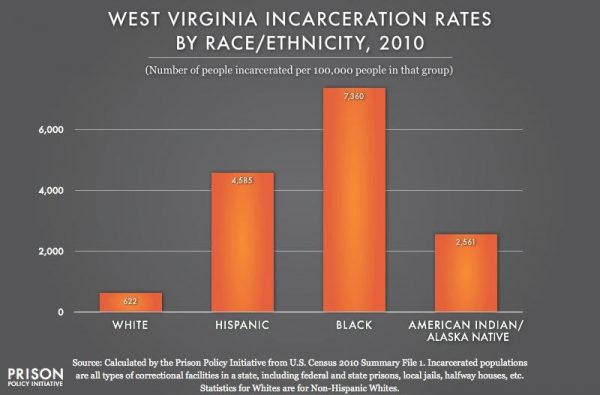 If the Census Bureau’s federal prison counts were removed from this analysis, the incarceration rates would be 396 for Whites, 370 for Hispanics, 1911 for Blacks, and 726 for American Indian and Alaska Natives.

Wheeling’s Chief of Police offered thoughts about how and why there are so few black officers on the force – but said he was quote “handcuffed” and unable to do anything about it. Ideas were tossed between panelists and audience members on how to address this and many issues. But Rev. Watts is calling for less conversation and more action like reinvesting in urban America and restoring full citizenship for all non-violent offenders.

The conversation on racial issues this weekend revealed systemic dysfunction in the state. Speakers identified how it will probably take multiple reforms from the highest levels of government to effectively address the problems.