What piece of this puzzle can you provide?

That’s an important question in the city of Wheeling right now, and that is because residents of all ages are engaged and discussing the future of the Friendly City. While there are several organizations working directly with municipal government, it takes people to drive that effort.

For example, Jeremy Morris is the executive director of the Wheeling National Heritage Area Corporation, a big job in a most historical city such as Wheeling. Morris works with local historians, city, state, and the federal government officials, and with the Wheeling Convention and Visitors Bureau, but he also is constantly researching what history he can save and preserve.

But Morris stepped up when a bona fide effort arose to construct a dog park in the city of Wheeling. He’s worked with several volunteers in order to choose and design a location and raise monies in order to make it a reality, and he hopes to break ground on the facility this spring near the Tunnel Green sports complex in East Wheeling. The fundraising, though, is far from over, and it is likely the park will cost more than $100,000 mainly because of the amount of fencing that is needed for such a community amenity. 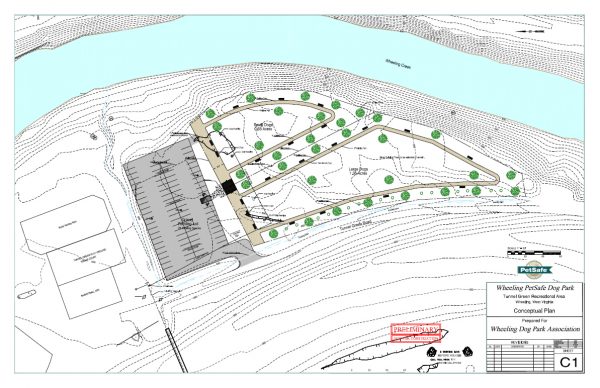 Supporters hope to break ground on the Wheeling Dog Park this year. The design currently calls for the park to be split into two fenced-off areas – one section for smaller dogs and one for canines that weigh more than 30 pounds.

Great ideas – like artistic bike racks and a dog-cleaning machine – are wonderful to discuss, but gaining the financial resources necessary is a completely different animal. The committee united the community during PetSmart’s “Bark for Your Park” contest two years ago, and Wheeling did win a grant worth $25,000, but the site work, the fencing, and whatever is chosen to be inside those barriers will ultimately cost more.

A pair of Wheeling ladies has provided local residents two other examples, and they are Diana Mey and Lorraine McCardle.

Mey spearheaded the effort to get the Wheeling Skatepark constructed in Elm Grove near the J.B. Chambers I-470 Complex after her son, Nathan, addressed the member of Wheeling Council at the tender age of 12.  The council members had voted to ban skateboards on sidewalks, and he was upset about it. His mother encouraged him to register his complaint with city officials, and the young man took it a step further.

He wanted a skatepark, and Mom made it happen by addressing anyone who would listen. The project had a lot of naysayers, but her efforts were relentless. Mey wrote letters, performed presentations to as many foundations as she could discover, and then in 2007 after she raised more than $350,000, the Friendly City had a Grindline-designed skatepark. 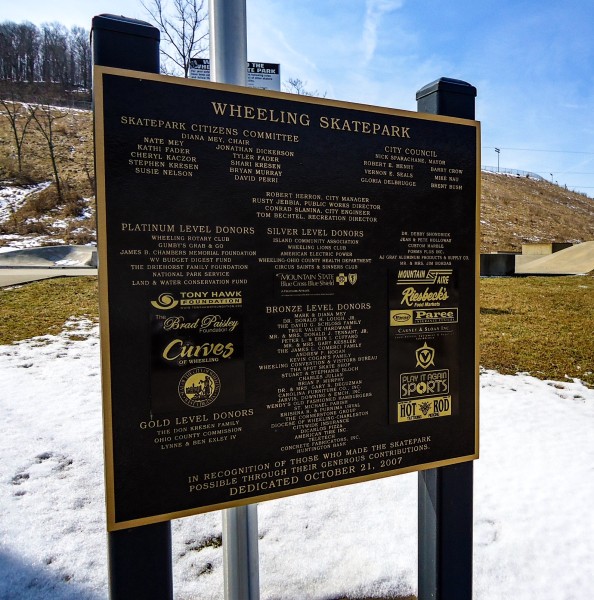 The Wheeling Skatepark opened in 2007 thanks to the volunteer work by Diana Mey and several supporters.

McCardle is the “mother” of the Miracle League of the Ohio Valley, but her efforts started by being Austin McCardle’s mom. Austin was born with a nervous system ailment known as Pelizaeus-Merzbacher disease, but that did not stop him from wishing to play football. He communicated that wish while watching the Super Bowl in 2008.

McCardle immediately did a Google search for athletic facilities for special-needs athletes, and although she discovered nothing about the game of football, she did find the Miracle League on the Internet and learned that the city of Morgantown had constructed a facility inside Mylan Park. Not only did she begin fundraising for a local facility, but she also organized folks in the Upper Ohio Valley to make trips to Morgantown so Austin and many other children could play ball.

Initially, McCardle believed approximately $500,000 would be needed to construct a similar facility in Wheeling because that’s how much the park in Morgantown cost, but by the time she had partnered with Easter Seals, the price tag was much more. In fact, it doubled. But she refused to quit.

In May 2013, with support from foundations, local citizens, donors from across the country, and Pittsburgh Pirates Charities, Austin and his friends played baseball on the valley’s own Miracle League Field at the J.B. Chambers I-470 Complex that rests just above Mey’s skatepark. McCardle and her volunteers organize a spring season, a fall season, and even football and cheerleading clinics during the winter months. Miracle League games are a wonderful experience for all involved because no player ever makes an out, everyone scores, the last batter always hits a grand slam, the score is always tied, and the smiles spread wide with every swing.

Players representing Wheeling Post 1, West Liberty University, and Wheeling Jesuit University often can be seen serving as the athletes’ “buddies,” and the number of special-needs participants continues to increase. That’s because they now get to play just like any other child. 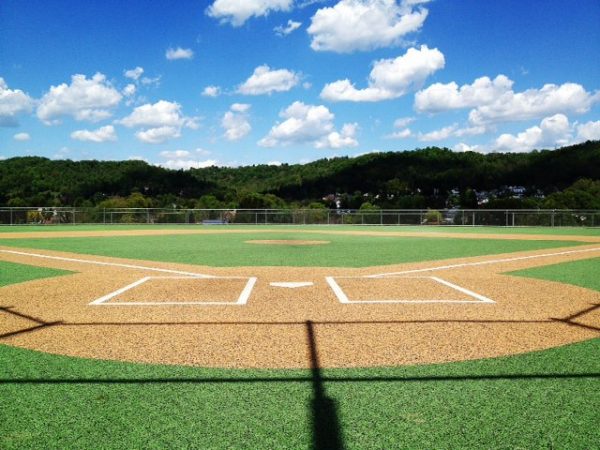 The Miracle League Field at the J.B. Chambers I-470 Complex officially opened on May 18, 2013, with several representatives from the Pittsburgh Pirates in attendance.

So you see, it’s about figuring out what piece to the puzzle you might be able to provide for whatever reason. Morris got involved because he loves his dog; Mey, because she respected the efforts of her son; and McCardle, because Austin wanted to play a sport despite his physical challenges. The tireless work of these three city citizens have improved the quality of life for all of us in Wheeling just as the devotion of many others has, too.

What do we need, and who is willing to work to fill it?

The process always begins with a dream, and then the second step is conjuring the confidence to share it with one other person, and then with another and another and so on, and this is a puzzle with an unknown number of pieces at this point in time. Each downtown building that gets bought, every new business that opens, and every resident who steps forward to push for improvements like Morris, Mey, and McCardle have are all pieces in place.

What piece of this puzzle can you provide?

It’s not, however, the only important question in the city of Wheeling right now.

Is it time for your turn to do something?