Feature Photo By Glenn Elliott.  By the Way, Glenn is running for Mayor Of Wheeling next year – check out his site here: Glenn for Mayor.

What a beautiful week it has been in Wheeling, W.Va.  Time to count our blessings by going out and DOING SOMETHING this weekend. 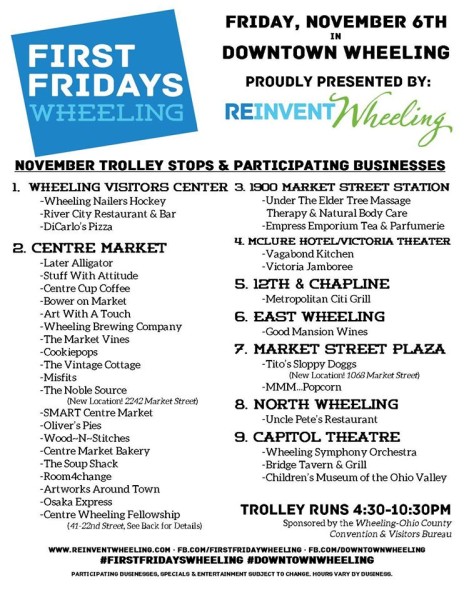 The Wheeling SleepOut was developed in 2011 to raise community awareness and money to address the critical problem of runaway and homeless youth in the Ohio Valley. The 2014 Wheeling SleepOut rasied $31,104 for Youth Services System’s Transitional Living Program.

Those participating in the SleepOut will be asking friends, co-workers, and family to donate to YSS. Those sleeping out will stay overnight at the I-470 Fields, in a tent (no stakes), in a sleeping bag, or in a cardboard appliance box. The event will take place rain or shine. (And it did rain in 2012!) 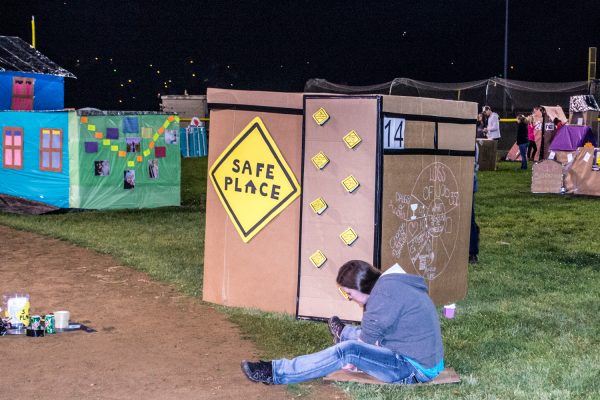 This is the beginning of a larger exhibition that attempts to capture Wheeling in its completeness. Working largely in HDR digital photography, Croft photographs all of the beauty and inelegance and the past, present, and future of Wheeling and the surrounding areas.

Andrew Croft, a freelance photographer with an eye for detail, lines, and composition, was born and raised in West Warwick, R.I. He moved to the Wheeling area, with his wife, Patricia, in 2009 via AmeriCorps. Andrew and Patricia are owners of Arts & Crofts (www.croft.gallery), a company based in Wheeling that creates and sells fine art in the mediums of photography and painting.

Andrew is currently a member of the Wheeling Arts & Cultural Commission and permanent fixture at Artworks Around Town Gallery. He has shown in several juried exhibitions in the Wheeling and Pittsburgh areas including Cross-Currents, OglebayFest, and the Three Rivers Art Festival. 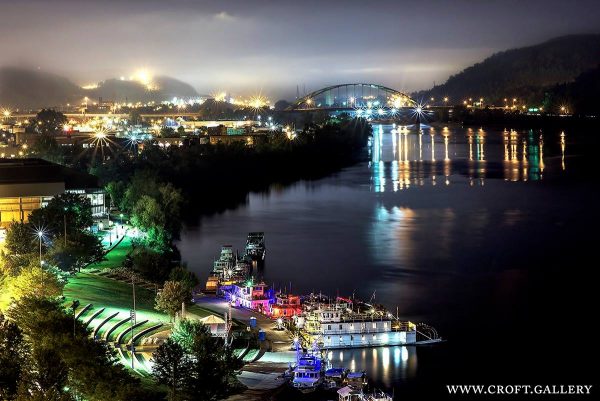 Head to Oglebay Park’s Benedum Theater at the Good Zoo to take in some of this sweet action:

Pink Floyd: Dark Side of the Moon, The Wall 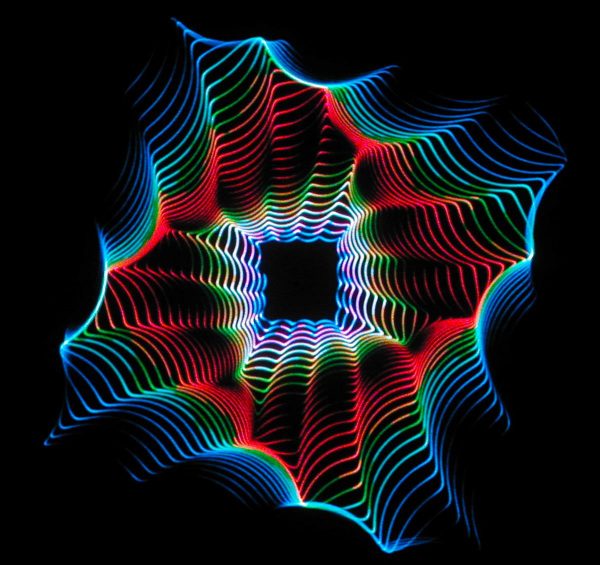 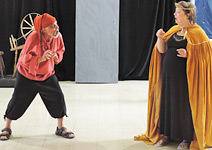 Dancing With the Ohio Valley Stars

The 5th annual Dancing with the Ohio Valley Stars lineup is so dynamic you will want to “run, not waltz” to get your tickets, which are currently on sale at WesBanco Box Office or online at www.augustalevy.org. This year’s ALL-STAR lineup includes the following: mayoral candidate and attorney Glenn Elliott dancing with Lacey Baker Booth from Turn it Out Dance Academy; West Virginia State Delegate Shawn Fluharty dancing with Chelsea Loy from Take a Bow Dance Centre; Vagabond Chef Matt Welsch dancing with Kristin McCombs from Take a Bow Dance Centre; financial advisor at Hazlett, Burt & Watson Walker Holloway dancing with professional freelance dancer Claire Norman; WTRF news anchor Tate Blanchard dancing with Taylor Lucas from Take a Bow Dance Centre, Senior Vice President and Senior Trust Officer at WesBanco Kristie Barnett dancing with Augusta Levy’s own Chad Onifer; and MPR Transloading & Energy Services President Natalie Humphreys Brown dancing with Caleb Cooper from Take A Bow Dance Centre.Co-hosting this year’s event will be WTRF News Anchor Laurie Conway and David Blomquist from the Bloomdaddy Experience. Dancing with the Ohio Valley Stars will be held on Saturday, Nov. 7, 2015, at 7 p.m. at the Capitol Theatre. Tickets are $30 and will also be available at the door on the night of the event starting at 6 p.m. 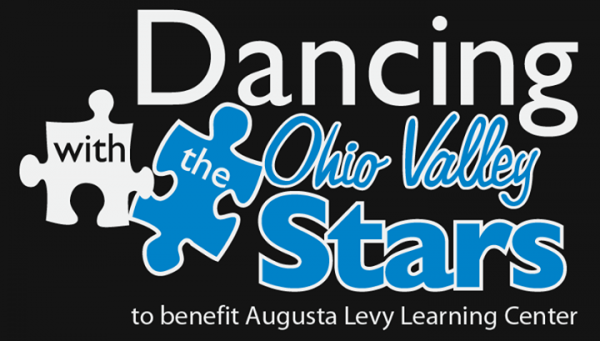 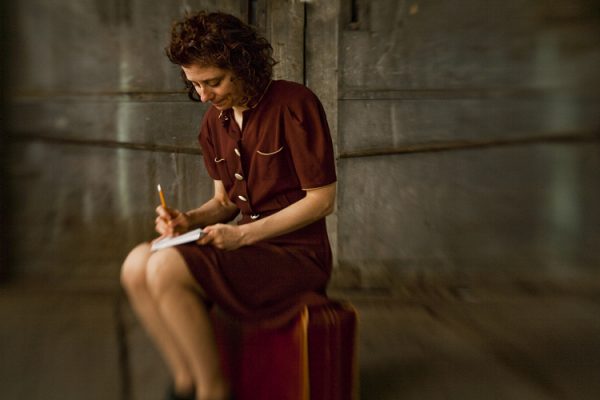 Licensed to Susan Stein for use in promoting “Etty” play. May be reproduced only in association with this production. For other uses, please contact photographer: rb@ricardobarros.com © 2009 All Rights Reserved.

Etty, a Holocaust play with a message of tolerance and social justice, which is co-sponsored by St. Michael Parish and Temple Shalom, will be performed at 7 p.m. on Sunday, Nov. 8, at St. Michael’s Church.

The event coincides with Kristallnacht, a night of violent demonstrations against Jews in Nazi Germany and Austria from Nov. 9-10, 1938. Kristallnacht means Night of Broken Glass; the name is derived from the shards of glass that littered the streets after the windows of Jewish-owned stores, buildings and synagogues were smashed.

The play is based on the diaries and letters of Esther “Etty” Hillesum, a 29-year-old Dutch Jewish woman who lived, and perished, during the Holocaust.

Upon the recommendation of her therapist, Hillesum began a diary on March 8, 1941, to cope with her depression. Hoping to become a writer, she used those diaries to convey her literary growth and spiritual transformation.

As the Nazis began to deport Jews, she among them, east to the death camps, Hillesum prepared for the three-day journey by exploring through her writing “this piece of history.” She rose above any hatred or bitterness she may have harbored and, in the process, asked her readers not to leave her at Auschwitz, but to let her have a “bit of a say” in what she hopes will be a new and better world.

Her writings were published posthumously in 1981.

Actress Susan Stein stars in the one-woman, one-act production, followed by a dialogue with the audience; Msgr. Jeremiah McSweeney and Rabbi Beth Jacowitz Chottiner will participate in the discussion.

Austin Pendleton, a famed actor, director and playwright (Fiddler on the Roof, My Cousin Vinnyand Catch-22) directed the play, which has been performed internationally, including at Yad Vashem, Israel’s national Holocaust memorial and museum.

Etty is free and open to the public for adults and high school students. For more information, visit ettyplay.org.