Dr. E. Gordon Gee carried this sentiment throughout the 20 minutes he spent speaking to the Rotary Club of Wheeling.

The president of West Virginia University eloquently captured his view of the state and the people here. He stated that he has lived all over the country and the one thing the Mountain State does better than anywhere else: State Pride.

And how right is he!

He spoke of traveling, noting that no matter where you go, West Virginians are proud to be from here. He talked of Ohio and all of the professional sports teams and large markets. Everyone has their favorite. The difference in our state, regardless of where you went to school — from Weirton to Welch — we are all Mountaineers. In his view, which is echoed by many others, WVU is West Virginia’s University.

Dr. Gee has served as President of two Ivy League schools; he has served in Ohio and Colorado; and now he is serving West Virginia University for the second time. 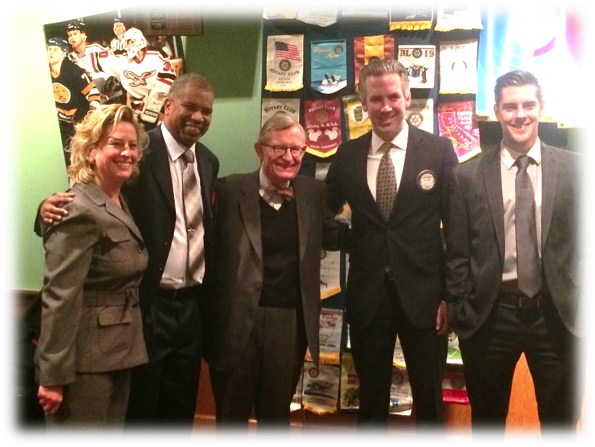 Filled with funny anecdotes, his speech had serious undertones. He has a way of delivering messages of leadership that are thought-provoking and insightful, and at the same time he makes the audience laugh. Those in attendance were captivated by his wit, charm, and undeniable intelligence.

His self-deprecating humor shows he sees the world in an honest way, and he appreciates others’ views. He speaks very quickly, rapidly firing information and advice.

Dr. Gee said that in order for any economy to prosper, it needs an educated workforce. He commented on the changing physical landscape of the region. The drive from Pittsburgh to Morgantown used to be a landscape of billowing steel mills – the physical signs of commerce. Now it looks much different, but that is a good thing, and he cited that Google and Microsoft were born on college campuses and that Gates and Jobs are the Carnegie and Rockefeller of our time. He recognized the need for partnerships, spending the remainder of his visit at West Liberty University.

Ever insightful, he pulled out of his breast pocket a small laminated card about two inches square. On it, he said, are the guiding principles of his vision for WVU. As he read from it, he said that if your organization can’t fit its mission and goals on a card that size, then you’re making it too complicated.

He is engaging. He is intelligent. He is supremely funny, as shown here in the story he shared with us:

“I received a thank you note from a local business owner. I sent him well-wishes for his company’s recent move to a new building. He said there must be some mistake because the card we got says, ‘Our deepest sympathies.’ My staff was baffled by the mistake. Then I thought, somewhere there is a funeral with a card that says, ‘Congratulations on your new location!’” 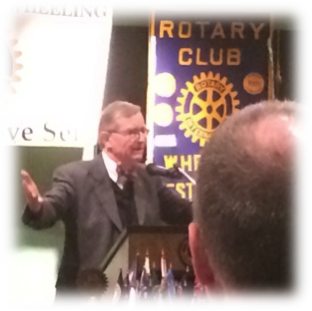 He was gracious and kind to everyone in attendance. He patiently and happily posed for pictures with anyone who asked. Dr. Gee is known for two things: his bow tie and his love of ‘selfies.’

He sported both in Wheeling.