When the Wheeling Civic Center was opened in downtown Wheeling nearly 40 years ago, it was modern, spacious, and it proved popular with national touring artists and show promoters.

It also was very popular with citizens of the tri-state region.

Trends in the entertainment industry have changed, however, while the arena has not. In fact, the same seats installed in the late 1970s remain today. But that is expected to change soon.

The Greater Wheeling Sports and Entertainment Authority, in conjunction with the city of Wheeling, unveiled a three-stage plan to bring Wesbanco Arena into the 21st Century, according to the facility’s general manager and Wheeling’s city manager.

“The building is dated. We all realize that, and what these updates will do is bring the building up to date with many other facilities in the country,” said Denny Magruder, general manager of Wesbanco Arena and the Capitol Theatre. “The public wants the upgrades, and the promoters want curb appeal.

“Patrons will come, and it will be a new experience for them,” he said. “It will look like a brand new building when it’s all completed.”

The first phase, if approved by Wheeling City Council, would involve the installation of a new, four-panel scoreboard to replace the original board. If council approves, the installation would take place during a Wheeling Nailers’ road trip in the middle of January.

The second phase, expected in the summer of 2015, involves replacing all the seating inside the venue. “We are looking to virtually gut the arena of all its seats that are in there now in June 2015 and replace them all,” Magruder said.

“I hope we can have it completed by the middle of September 2015, and when it is completed, I think the public will be very pleased,” he added. “I have no idea what color the seats will be, but I do know they will not be orange again.”

Phase Three is the two-year construction of a new façade along 14th Street that would expand meeting space, improve handicap accessibility, enclose the ticket office, and increase the facility’s visibility in downtown Wheeling. 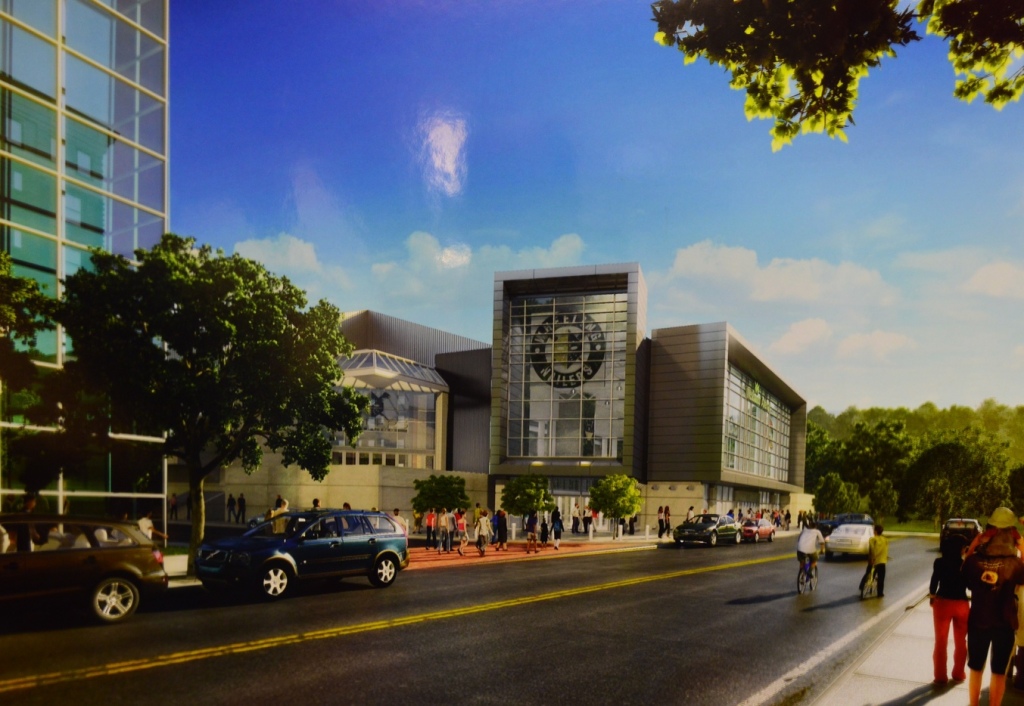 “Unless you live here or you are from the Upper Ohio Valley, you may not know the building is where it is,” Magruder explained. “Building this out to the street would allow motorists and their passengers to see where we are while they are traveling Main Street. As it is now, we’re pretty hidden away.” 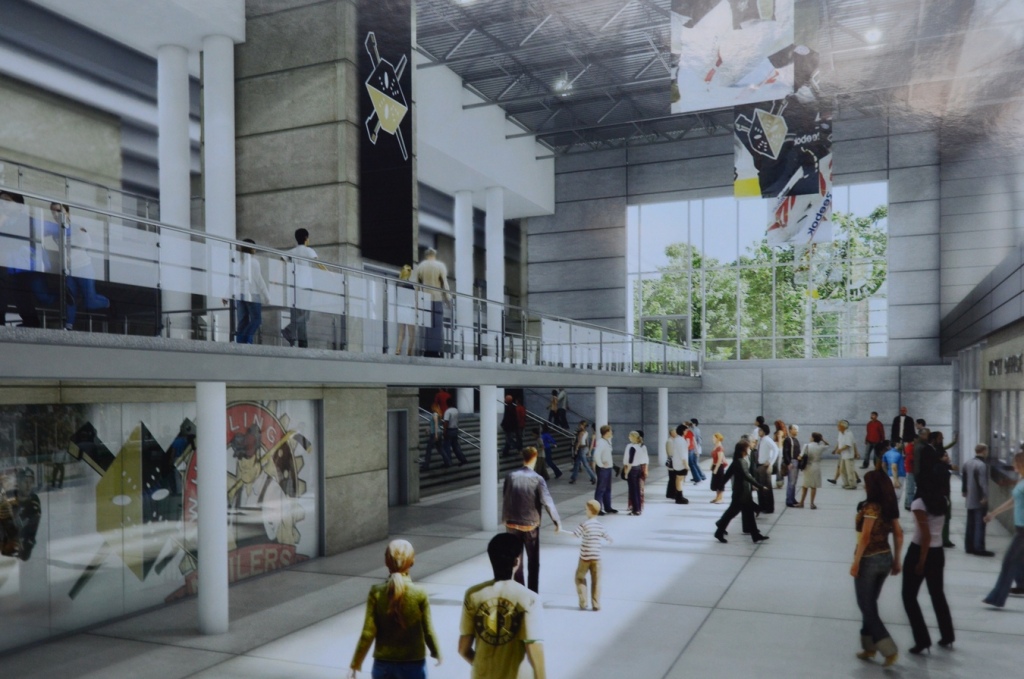 Magruder said he believes all three projects will cost as much as $5.5 million. The funding for the capital improvements will flow from bonds sold for 15 years based on city sales tax revenue.

“As long as everything is implemented the way I think it will be, on July 1, 2015, this is how we will move forward,” Wheeling City Manager Robert Herron explained. “Because we are reducing the B&O Tax by 6 percent for most of the business of Wheeling, that will eliminate $600,000 of revenue. But the sales tax revenue will replace those funds.

“At that time, 28 percent of the sales tax revenue will go into the general fund, and the other 72 percent is split equally for the arena and capital improvements,” he said. “That will equal approximately $620,000 that will go toward our city’s infrastructure, and $620,000 that will go toward the improvements at the arena. And we will sell bonds against that $620,000.”

Herron added that recruiting a hotel developer to construct a lodging facility in close proximity to the arena is a priority. Such a development, he said, would offer more booking opportunities to Magruder and his staff.

“What we would like to do is use about $500,000 for the arena, and then leave a little cushion in case there’s a possibility for a convention space in the area of the arena,” Herron explained. “We felt that if we could do that, there would be a dollar amount we could contribute to a project that would build a hotel and convention space.”

The Wheeling Civic Center was constructed for approximately $10 million, and according to Herron, the structure still possesses, “good bones.”

“We couldn’t build that building today for less than $70-$80 million,” Herron said. “And so we have an asset that needs some help, but the bones are good. The arena is structurally sound. It’s the right size. It’s got everything that this community needs, so we’re going to bring it into the 21st Century.” 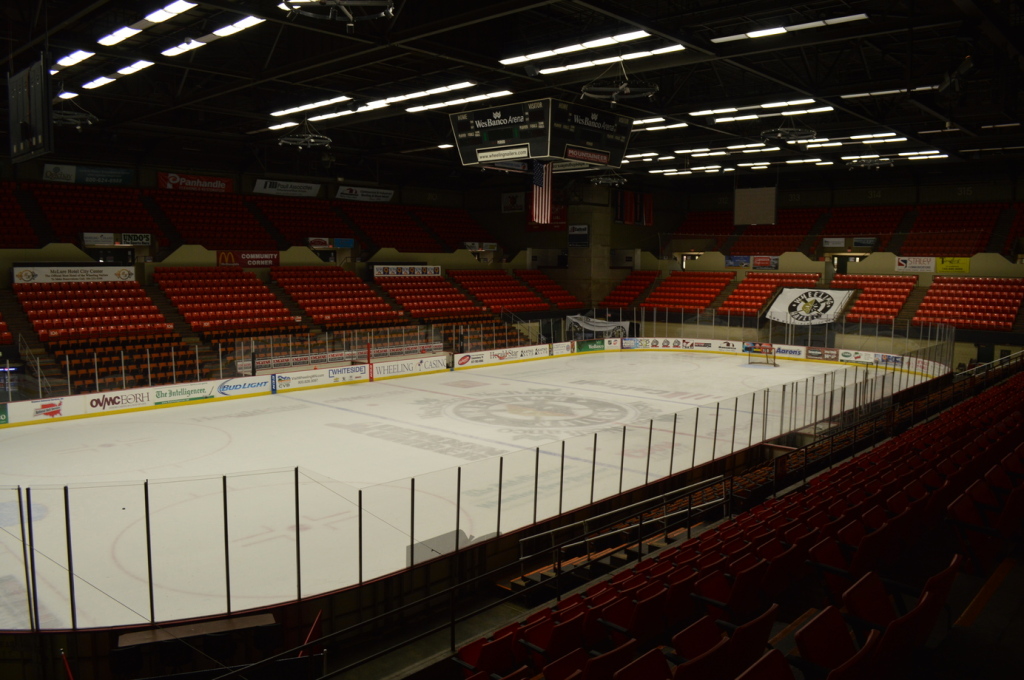