Search
Home
Athletics
Despite what your parents might have told you as a rambunctious child, you can play football inside.

The West Virginia Roughriders professional football team certainly makes that case, bringing top-tier talent and fast-paced play to Wheeling’s WesBanco Arena. The team’s strong early season spurs hope that another championship banner may soon be added to the rafters; anchored by NCAA and NFL veterans such as former WVU standout running back Noel Devine, the Roughriders are currently leading the American Arena League’s Northern Division with a 6-0 record. 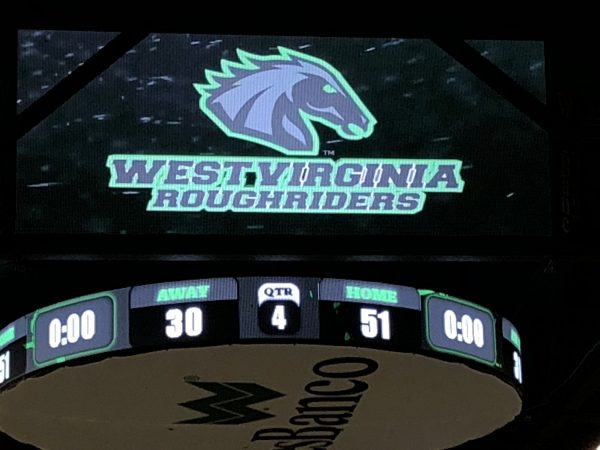 A winning scoreboard is becoming a familiar site for Roughriders fans as the team is currently 6-0 for its inaugural season in Wheeling. The next home game is Saturday, May 18, against the Jersey Flight.

The Roughriders are a new addition to the Ohio Valley, moving to the area this year from Richmond, Virginia. According to Gregg Fornario, owner and general manager, coming to Wheeling was the right decision.

“We were in Richmond for two years, but knew we’d have to leave due to our original venue being replaced,” said Fornario. “Wheeling was the best fit for us to bring the team; it’s been great so far.”

It’s not only quality football that the Roughriders offer in downtown Wheeling, but a fun-focused fan experience as well. The tight confines of arena football allow balls to occasionally be thrown or kicked into the stands for fans to catch, which in the first and third quarters the lucky receivers can keep as a souvenir. If your fortune and skill align for a catch, be sure to head down to the field after the game to meet the team and snag a signature on your new ball!

It’s not only the team that’s new; the Roughriders have also teamed up with sponsors Muxie and Carenbauer Distributing to offer the Yuengling Party Zone on the arena’s second-floor landing, providing the perfect place to meet up with friends before the game. And if you haven’t had enough fun over four quarters of football, head just across the street to River City for the Official After Party. 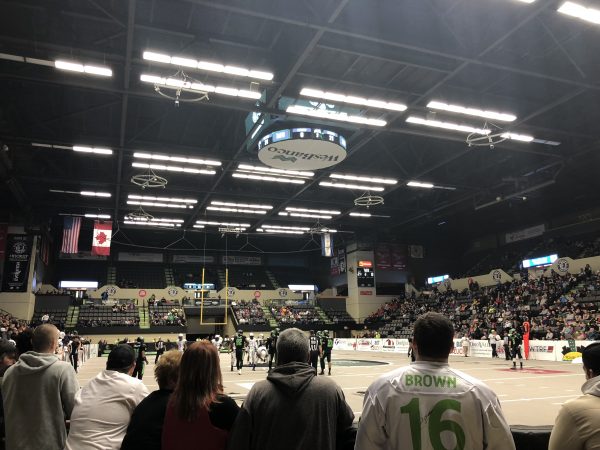 Open to all fans, the Generations Suite offers close-up views just a few feet from the center of the action.

For die-hard football fans of all ages, WesBanco Arena offers the unique opportunity to be right next to the action. With great seats for any budget, there is truly no such thing as a bad view. And like many sporting events at WesBanco Arena, Roughriders fans are always welcome to stand along the edge of the end zone in the Generations Suite for the ultimate up-close experience.

Though new to the Ohio Valley, the Roughriders have already gathered a steady following of fans. Even on a Monday night, the prospect of another win pulled in thousands of spectators for the home team’s 51-30 victory of the Carolina Wildcats. The team has certainly appreciated those fans and the sponsors from the Ohio Valley who have helped make their first season in Wheeling a success.

“Thank you to everyone for all of the support,” Fornario said. “We look forward to your continued support throughout the season as we head toward the playoffs.”

•  Nick Musgrave is a self-described history geek living in Wheeling, W.Va. He is a graduate of Hastings College in Hastings, Nebraska, where he earned his bachelor’s degrees in history and political science. When not writing for Weelunk or uncovering cool stories about the past, he can often be found reading in his hammock or trying to brew the perfect cup of coffee.