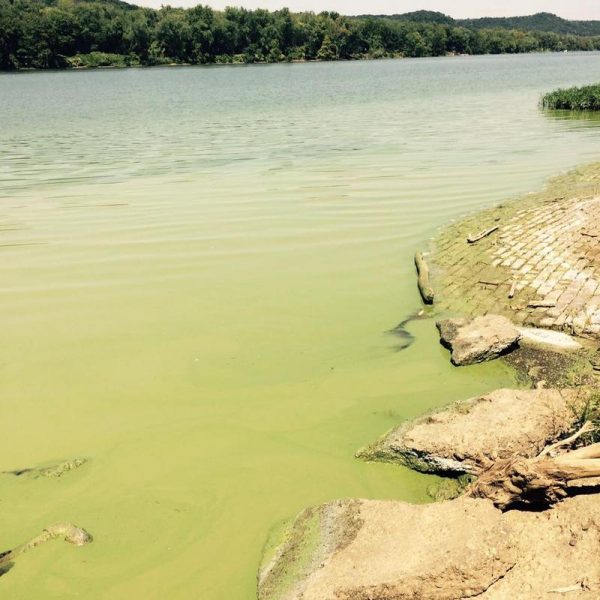 Algal bloom in Sistersville, West Virginia. August 28, 2015 “It is there some days and others it’s gone,” says photographer and West Virginia resident Ethan Wells. “Just depends on how bright the sun is and how fast the river flows.” Photo by Ethan Wells

The West Virginia Department of Health and Human Resources’ Bureau for Public Health issued a Public Health Advisory in response to the blue-green algae blooms in the Ohio River and in some of its tributaries.

In a release, Commissioner of the Bureau for Public Health Dr. Rahul Gupta said his office is working with public water systems and the state’s Department of Environmental Protection to monitor water supplies. A this point his office is simply warning citizens to avoid contact with the blooms.

Public water systems are being advised to remain vigilant and tests performed, where appropriate, have been acceptable.

Citizens should avoid water that:

The following guidelines are recommended to avoid exposure to harmful algal blooms (HABs):

Cyanobacteria, also called blue-green algae, are microscopic organisms found naturally in all types of water. But some give off what are called cyanotoxins. Symptoms from contact are wide ranging. They include everything from loss of appetite to stumbling, tremors, convulsions, diarrhea, and skin irritation. Gupta says more serious or life-threatening reactions can occur if someone has an allergic reaction but no such cases have been reported in West Virginia.

The blooms are historically uncommon in the Ohio River. A series of circumstances likely led to the organisms flourishing in the river and tributaries including:

Dr. Gupta says water tests are underway to try to determine what kinds of nutrients are feeding the organisms. He says local health departments may issue a No Contact Advisory if toxin levels exceeded the advisory threshold, or if one or more probable cases of human illness or pet deaths is attributable to the toxin.

West Virginia’s DEP has compiled a group of aerial photos of the blooms, complete with a map and details of photo locations: Here 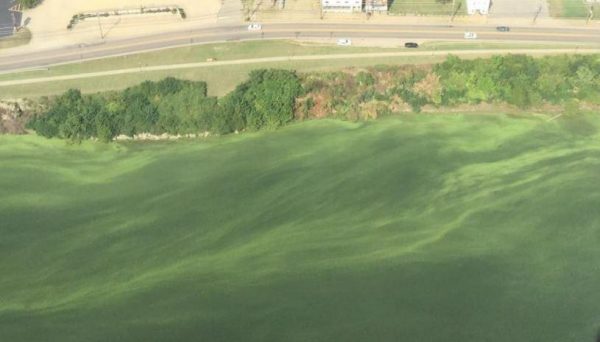 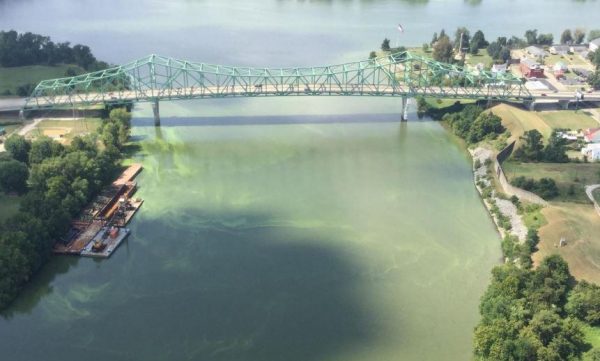