(Editor’s Note: This story is the first of a three-part series that will examine the potential that exists in the Wheeling area as we enter a new year.)

Believe it or not, the coming of The Health Plan headquarters to downtown Wheeling began more than a decade ago.

In the beginning of the New Year, more than 400 employees of the regional insurance company will begin working in the Friendly City’s primary business district, and nearly everything leading up the announcement by former Mayor Andy McKenzie on Dec. 1, 2015, would not have been possible without the implementation of Home Rule by city government.

Nick Sparachane, mayor of Wheeling from 2000-2008, took the lead for the city of Wheeling during the legislative process in Charleston and then orchestrated its approval and use by city council. Without Home Rule, a TIF District (tax increment financing) could not have been established, and that means state tax dollars generated within a certain area are directed to the debt service for selected projects. 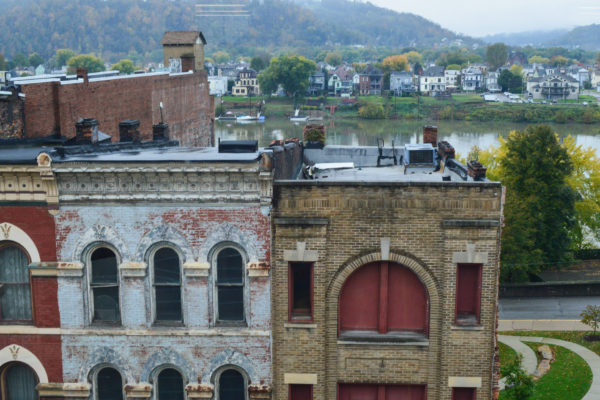 Much interest has been shown in two buildings along Main Street that are situated across the street from The Health Plan Headquarters.

Initially, the mechanism was used by Sparachane to gain ownership control over most of the buildings within the 1100 block of Main and Market streets, and then McKenzie triggered a few more purchases and the demolitions of those buildings while negotiating the Health Plan deal.

So, for more than two years Wheeling residents have known “what’s next,” and a few different businesses have opened in anticipation of the new foot traffic. Local and state governments have been discussing beautification and traffic-flow projects, and loft living in the downtown area is catching on.

But what IS next?

The Health Plan project rests as the first privately funded new-building construction project in downtown Wheeling since the mid-1980s, and despite the 30-plus-year gap, people want to know what the second one will be.

And where? And when? 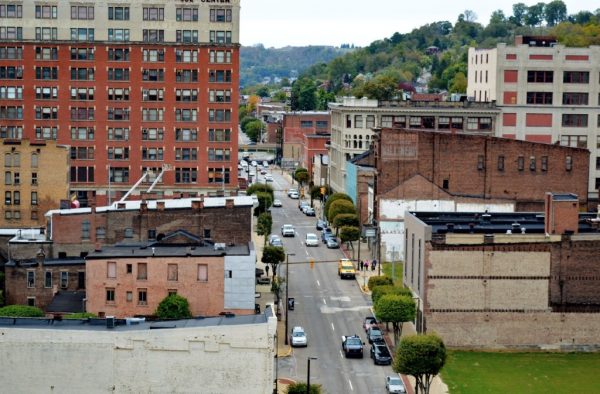 Traffic flow along Main Street has been one-way for more than 60 years, but a traffic study is under way to examine the feasibility of changing it to a two-way roadway.

The curiosity not only pertains to what the coming year will bring as far as gaining population and increased business membership for the Wheeling Chamber of Commerce, but also to traffic patterns in the city of Wheeling.

Not only are Mayor Glenn Elliott and city council investigating how feasible it is to change Main and Market streets from one-way to two-way roadways, but detours will be frequent along Interstate 70 as contractors prepare to perform repairs and renovations to 25 bridges and ramps along the highway. One of the spans is expected to be demolished and completely replaced during the five-to-six-year time frame, according to District 6 Engineer Gus Suwaid.

“Many of the decisions about traffic patterns will be made by the selected contractor that’s eventually hired for this private-public project,” he explained. “We will do our very best to make sure that the public knows of the closures and detours that are necessary during this process, but folks should realize this isn’t going to be easy.

“This stretch of Interstate 70 is the state of West Virginia’s number one priority, and that’s because of the condition of a lot of these bridges and ramps,” Suwaid continued. “But yes, traffic patterns will be affected.”

At the same time, Suwaid is busy with two other initiatives involving the city of Wheeling, and they involve a streetscaping and paving project as well as examining whether or not it makes sense to change Main and Market streets from one-way roadways to two-way.

“We will see what the traffic study tells us about the two-way question,” Suwaid explained. “If we move forward beyond that, then that’s when the costs of everything will come into play.

“As far as the streetscaping, we’ve moved forward with the design process, so when the time arrives when we can get it started, I suspect it will,” he added. “The downtown area in Wheeling is a pretty busy place right now as far as construction, but once those projects are completed, the state will get started.” 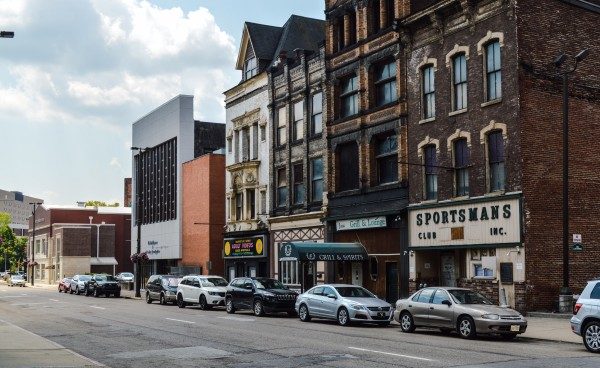 City leaders are hopeful a developer will re-develop four buildings within the 1400 block of Market Street.

That’s how McKenzie, mayor of Wheeling from 2008 until 2016, described the 1100 block of downtown Wheeling once all but two buildings were erased a year before The Health Plan CEO Jim Pennington announced the decision to relocate its offices from Belmont County to downtown Wheeling.

The same can be said about the vacant lots along Main and Market streets, and there could be more if city officials fail to find a developer for four structures along the 1400 block of Market Street near Independence Hall.

The rear portions of the structures had to be razed in the last two months because of falling bricks and concern about structural integrity and public safety, but council members approved earlier this year the allotment of $300,000 for new roofs for those four and two the city owns at 1107 and 1109 Main Street.

“There has not been much interest expressed about the four buildings on Market Street,” said City Manager Bob Herron. “But there has been a lot of interest in the buildings across the street from The Health Plan building. Right now, we’re waiting to hear from one potential developer.

“If that outfit passes on the projects, we’ll just move on to the next one because there’s much more interest in those buildings compared to the four on Market Street,” he said. “I’m pretty confident that something will happen with the two on Main Street.” 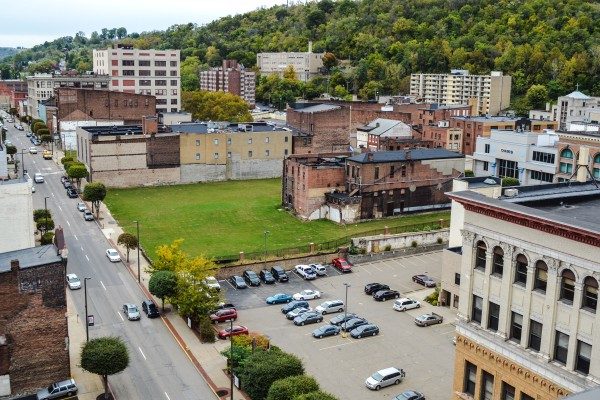 To former Wheeling mayor Andy McKenzie, the green space that once existed within the 1100 block represented “Potential.”

As far as the vacant downtown structures like the former Wheeling-Pitt headquarters and the Absure Tower, many believe a lot of the immediate future depends on what PTT Global officials decide about the proposed ethane cracker plant. Those same officials postponed any final announcement last week while promising positive news soon next year, and one local elected official believes potential investors will continue waiting for the final word.

“This is how it works,” said Belmont County Commissioner Mark Thomas. “If their answer is no, we’ll just wait for the next one because the site in Dilles Bottom is perfect for this kind of facility. Plus, the fact that Shell is building a cracker plant just 70 miles up the river is a very positive development for all of the riverfront between here and there.

Last week, though, the petrochemical company headquartered out of Thailand communicated that the corporation was not ready to offer an answer. Instead, their brief statement was the following: “PTTGC America will have a significant update that will demonstrate momentum for this project early in 2018. We thank all Ohio and Belmont County partners for their support, and we wish you a happy holiday season.”

Thomas was not surprised.

“No matter what, we have a lot going on in this valley right now with the growth of the gas and oil industries,” he said. “As far as PTT, it’s a big decision because $6 billion is a lot of money.”