(Editor’s Note: This story is the third and final of a three-part series that will examine the potential that exists in the Wheeling area as we enter a new year.)

It seems simple. It’s a bus stop, after all, for Greyhound motorcoaches.

During the last few months of 2017, though, a debate of sorts has taken place about the location of the stop and where a new one could exist that meets with the approval of business owners and city officials. For several years the bus station was located on 12th Street in a space owned by the proprietors of the McLure Hotel, but it moved once the Robert C. Byrd Intermodal Transportation Center opened at 14th and Main streets in 1998.

Once the franchisee sold the rights to the ticket-selling business, Greyhound buses started stopping near National Equipment, but then that owner moved to western Pennsylvania and sold the franchise to Patrick Viola, owner of Security Travel at 1207 Market Street. Initially, Viola gained permission to establish a new stop near the intersection of 12th and Market streets, but that was when the McLain Building’s street level was completely vacant.

Today it is not.

The bus stop has been moved across Market Street for the next month or so because 12th Street between Main and Market streets is closed in favor of a storm sewer separation project, but what happens to it once 12th Street reopens? 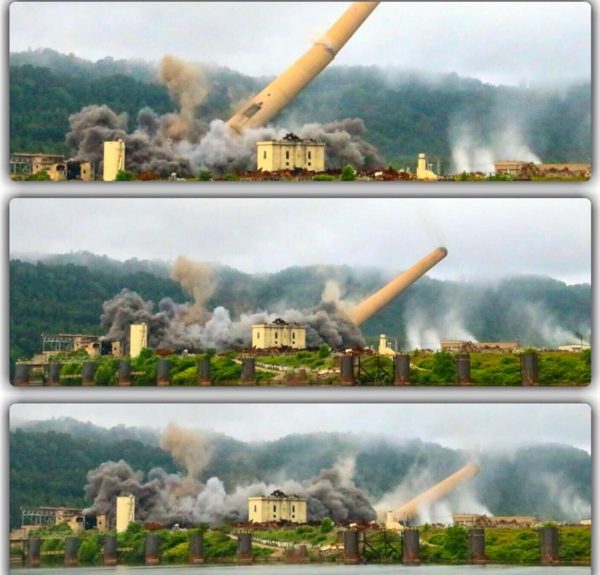 Belmont County Commissioner Mark Thomas provided this image of the First Energy smokestack coming down last year. The property was purchased by PTT Global Ohio for $114 million several months ago.

It’s one of several questions facing the city of Wheeling, its municipal leaders, residents and business owners entering the new year, and another is whether or not the ownership of PTT Global will move forward with the construction of a $6 billion ethane cracker plant 10 miles south in Dilles Bottom in Belmont County. The Thailand-based corporation delayed announcing its final decision a week ago, a second pause by PTT since officials notified Ohio and county officials that the riverfront area where the Burger Power Plant was the site they would investigate.

Another perplexing query concerns drug abuse and the fact both law enforcement and Wheeling Fire Department personnel now have an opioid antidote readily available. According to Ohio County Sheriff Tom Howard, more than 100 overdoses took place in the county in 2017, and Narcan revived more than 90 of the victims.

“If we didn’t have the opioid pills and the heroin in Ohio County, we would have very little crime taking place,” the elected official reported. “Most of what our deputies respond to, in the city and out in the county, are connected to drugs. The breaking-and-entering offenses, the shoplifting, and prostitution can all be linked to the drug trafficking.

“We still have cocaine, crack, some meth, and marijuana, but heroin, Fetanyl, and the pills are still huge, and the most frustrating thing for our guys is that they have treated the same people over and over,” Howard continued. “But that’s how bad it can be. It really depends on what these out-of-towners bring into the area, but we know if a ‘hot batch’ was sold here because there are always more overdose calls when that takes place. 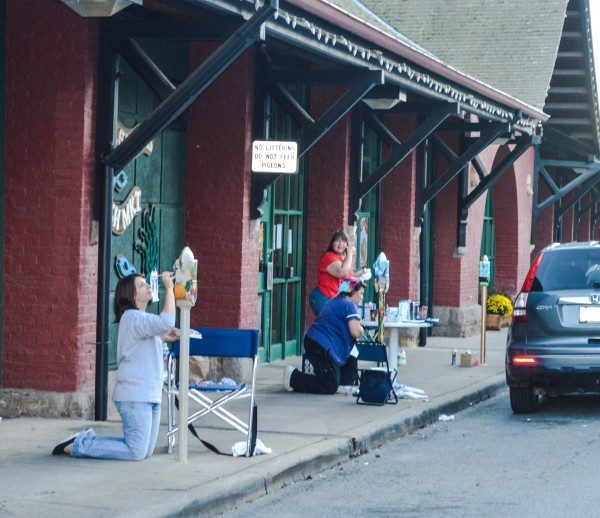 Most of the parking meters surrounding Centre Market became works of art two years ago, and since July 1, an expired meter has cost the ticketed $10 instead of three dollars.

That’s how much a ticket for an expired parking meter has cost an employee, a business patron, and a resident of business districts on Wheeling Island, in Elm Grove, and in most of the city’s downtown area since July 1. The change was made to deter employees from claiming spaces that otherwise could be filled by potential customers and to increase the use of the Robert C. Byrd Intermodal Transportation Center.

From Christmas through Jan. 1, a “Food for Fines” program was approved by City Council, allowing the ticketed to instead offer five canned goods in lieu of the ten bucks. The initiative has been a success, according to City Manager Bob Herron, because fewer complaints have been received, and more parking is taking place at the Intermodal.

But what happens when a $10 million streetscape project takes place along Main and Market streets? It is a partnership project with the state Division of Highways and inherited by Wheeling Mayor Glenn Elliott, and it’s an initiative he’s procured during the last 18 months. It’s an 80-20 split and involves paving and sidewalk and tree replacement along Main and Market streets and parts of Chapline Street, and the project time frame is two years.

“Since we added 10,000 square yards of sidewalk, we’re talking about a much more involved project,” explained DOH District 6 Engineer Gus Suwaid. “We do expect some challenges because of what has been uncovered with The Health Plan project. The contractors just may encounter similar vaults. 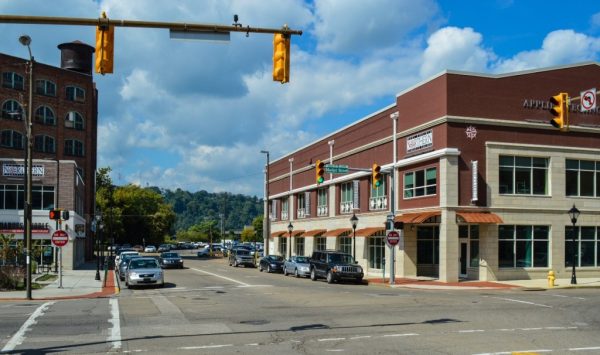 A two-year streetscaping project will not only involve the paving of downtown roadways, but will also improve sidewalks in the area.

“Our goal is to do the sidewalks and accessibility ramps one year, and the paving of the roads the second year,” he said. “When it’s is all finished, it will be better for the people walking during a visit and for the people who live in the area.”

Many downtown business and property owners look forward to the outcome but wonder about the process. Will they have to close? And will areas with solid sidewalks be spared the jackhammer activity?

Dean Connors is a local developer in the downtown, and his dedication to Wheeling’s primary business district was recently featured in an article in the Wheeling newspapers. He owns three properties, two of which are in Market Plaza, and he has invested about $500,000 thus far. One of his tenants is the Wilbraham, Lawler, & Buba Law Firm at 25 11th Street.

“I know I’m not worried about the street-scaping project because I realize we have to go through the ugliness and inconvenience to get to the end result,” he said. “Now, the project will not hamper the folks I rent to, either, so that’s one of the reasons why I feel the way I do about it. But it’s also because, when it’s all completed, we’ll have new traffic lights, paved roads, and all new sidewalks.

“Those things, honestly, make the downtown look pretty ugly at the moment, to be honest, but that’s all going to change because of this project, and I am looking forward to that,” Connors continued. “Yes, it’s going to be inconvenient for everyone, and it’s not going to be pretty, but just because it’s taking place doesn’t mean people aren’t going to go to work. The customer base will still be here.” 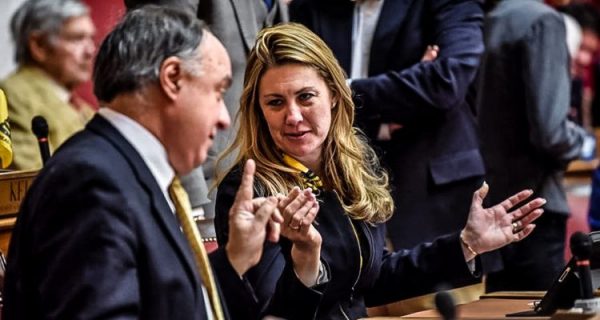 For whom will the people vote?

The mid-term elections are set in 2018 with West Virginia and Ohio primary voting scheduled for May 8, and the general election slated for Nov. 6. In some cases, local incumbents of the U.S. House of Representatives will face challengers as will county officials in both of the state’s primaries, and then a few weeks before Thanksgiving a shift in political power could take place, or it could not.

At this time, the Mountain State is dominated on the federal and state levels by members of the Republican Party with majorities in both chambers of the West Virginia Legislature, and there is only one Democrat out of five congressional members currently serving in the nation’s capital. The same is true in the Buckeye State, where just five members of the Democratic Party serve in 18 Senate and House positions in Washington, D.C., and the Republican Party members now sit in 68 percent of 132 seats in Ohio General Assembly.

It will not be until May 2020, when a municipal election will take place in Wheeling as Mayor Glenn Elliott and six council members reach the midway point on July 1. Elliott and five council members are serving first terms and thus far concentrations on playgrounds redevelopment, parking, future downtown development, historic preservation, and beautification have proved prevalent.

The Friendly City’s mayor also spent time conversing with Gov. Jim Justice about Senate Bill 437, proposed legislation that would eliminate hundreds of jobs in the greyhound racing industry and open a window for Delaware North to close Wheeling Island Hotel-Casino-Racetrack in favor of a location outside of the city of Wheeling and away from Wheeling’s B&O Tax. 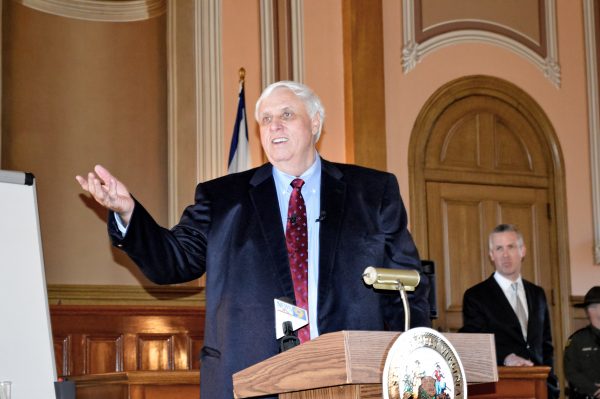 W.Va. Gov. Jim Justice paid a visit to Wheeling in April to officially veto the “Greyhound Bill” in the courthouse at Independence Hall.

Prior to the governor’s veto in Wheeling in early April, Elliott explained how devastating such a move would be to the city’s bottom line.

“If that happened, the impact on our TIF district would be catastrophic,” Elliott said in April. “But even if they do not move, the very fact that they can move in and of itself will compromise our ability to issue future TIF bonds to stimulate investment inside the TIF district, which includes most of downtown.”

He added: “I have no doubts that moving the casino will be one of the options that they consider. That said, they have a very sizable investment on the southern end of Wheeling Island, and they indicated that they have no current plans to leave.”

The problem is, though, the legislation is expected to be re-introduced soon after the Legislature’s regular session begins in less than two weeks.

“There are members of the majority party that disapproved of gambling, and those members view this as a chance to eliminate a part of the state’s gaming industry,” explained Del. Shawn Fluharty (D-3rd). “It passed in both the House and the Senate last year, and one of the reasons why it did was because it would have allowed the state to take about $15 million from the Greyhound Development Fund, and those are funds that don’t belong to the state.