Erika Donaghy, chair of the Wheeling Arts and Cultural Commission and lead organizer of the annual event, announced this week that the two organizations have merged their efforts to combine the annual arts festival and the multicultural celebration on June 18-19 at Heritage Port in downtown Wheeling. The festival will be from 11 a.m. – 7 p.m. on Saturday and from 11 a.m. – 5 p.m. on Sunday.

As always, the Arts Fest will celebrate live and local music, visual arts, theater and dance, and literature, and the event will feature both culinary arts demonstrations and children’s and adult art classes. The arts festival was centered around the downtown campus of West Virginia Community College for the first five years, and the multicultural event has been held at Heritage Port for two years in conjunction with the Rib and Chicken Festival.

“The members of the Wheeling Arts and Cultural Commission are overjoyed with this partnership, and we are very happy with the fact that officials of the YWCA approached us about teaming up,” said Donaghy. “It’s really a natural partnership, and we are very much looking forward to having an increase in the cultural programming for this year’s event. 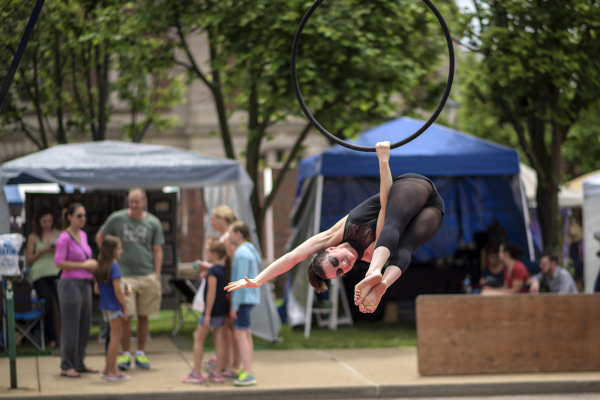 Aerial performers were a big part of last year’s event.

“We have always wished for more of the cultural aspect during Arts Fest, and this partnership will allow that to happen in a wonderful way,” she continued. “And we are very excited with the move to Heritage Port and the expansion to a two-day event. I believe having it for two days will allow us to increase our number of art and food vendors, and it will definitely expand the amount of live entertainment.”

“The members of our Multicultural Festival are ecstatic to be collaborating with the people from the Arts Fest for this year’s event,” said Lori Jones, executive director of the Wheeling YWCA. “The members of the Arts and Cultural Commission will be presenting everything about the arts in our community, and we will be concentrating on the culture aspect of the event.

“The Arts Fest had a very unique setting in years past at WVNCC, and they utilized both the Ohio County Library and Independence Hall, and it is our hope that in the future this festival will expand to other parts of downtown Wheeling, too,” she continued. “So we are both very pleased and very blessed to be a part of this partnership.” 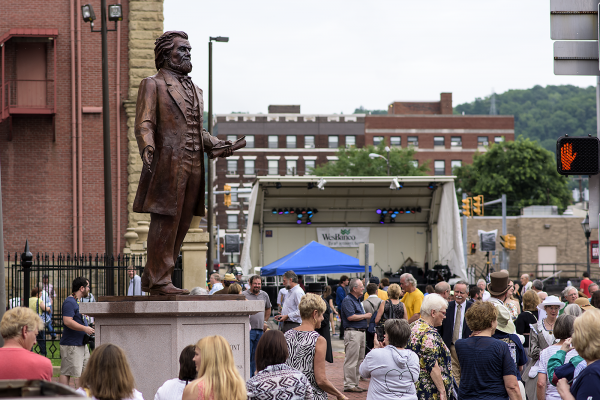 The Francis Pierpont statue was unveiled during the 2015 Wheeling Arts Fest.

Artists, food vendors, and local musicians can apply to participate by visiting this web site.

“We will continue to offer the ‘Around the World’ carnival just as we have the past couple of years, and it has been our mission to expand what we offer as far as cultural food vendors,” Jones explained. “We are very hopeful that some of the folks who are involved with our other festivals in our area will choose to participate as a way of promoting their events.

Last year’s Arts Fest was staged on West Virginia Day, and the statue of Francis Pierpont was unveiled. Included in the live entertainment schedule was percussionist and performer Elec Simon, a native of Martins Ferry and a graduate of Buckeye Local High. Simon performed for a few years on Broadway in, “STOMP!” He is a self-taught percussionist/drummer and plays in Carnival in Bahia, Brazil, every year with Marivaldo dos Santos. He’s also traveled the world with his own band, Elec Simon and Friends, and also visits schools where he holds anti-bullying assemblies. 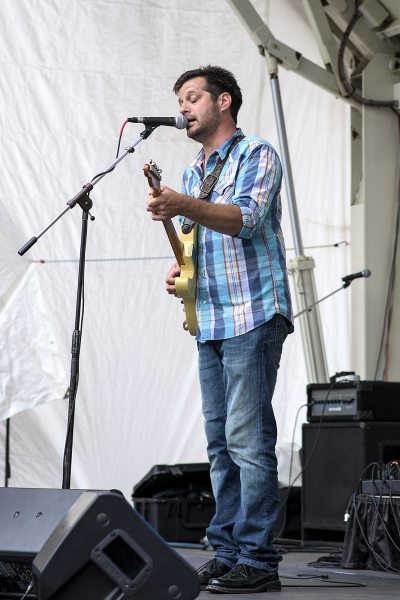 Donaghy explained that while the event will be moving to the Friendly City’s riverfront, associated programming will continue at the Ohio County Library.

“We are continuing our planning process, but we hope that the vendors and the musicians will apply soon so we can move forward with a lot of those decisions,” Donaghy said. “We are looking forward to offering as much local music as we can for free, and we are hoping to have an artist market that is larger than ever before.”