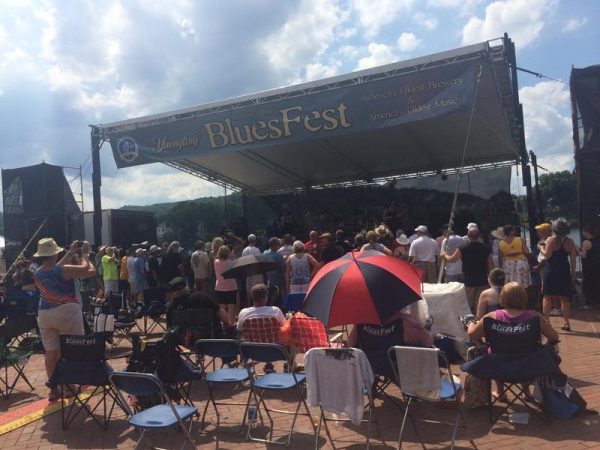 When the sun was out it was HOT. And when the rain came it POURED. But attendees seemed happy, even if they were pretty wet. GLYNIS BOARD / WEST VIRGINIA PUBLIC BROACASTING

At the 16th annual Blues Fest in Wheeling this weekend it rained hard and shined hot, and at Wheeling’s Heritage Area Port the weekend blues musicians rocked on through it all. About 2,400 paying blues fans came from far and wide and dealt with both deluges of rain and sweltering sun.

“It’s a combination of the talent that’s on the stage, the volunteer crew that puts it together so well, and the setting of the Heritage Port in Wheeling, West Virginia.

“To sit here and look at the historic suspension bridge, listening to blues music right on the bank of the Ohio River that has it’s connections down to the delta where the blue started,” Wheeler said, “I think there’s some magic here.”

Fans and musicians came from Ohio, Georgia, Florida, California, Canada – and there were also local die-hards like West Virginia’s poet laureate, and Wheeling resident Marc Harshman. This is his 15th BluesFest:

“It’s such a shot in the arm – this high energy blues music. It ends the summer with just the right note for me. I feel like I’ve been revived after being here for three days listening to old time country acoustic blues, to high-powered electric rhythm and blues. I love it. And the best names in the business it’s really an incredible lineup year and year.” 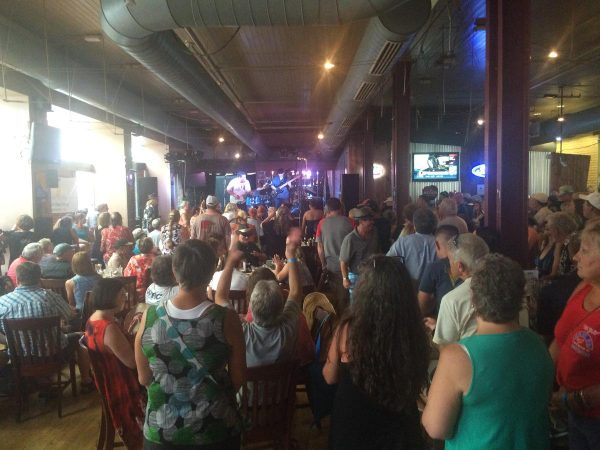 On Sunday when the rain really came hard, the Blues festival moved here into a nearby restaurant, River City Ale Works, and carried on. CREDIT GLYNIS BOARD / WEST VIRGINIA PUBLIC BROADCASTING