The filing period for candidates in Wheeling’s upcoming municipal balloting on May 10 expired over the weekend, and now Friendly City residents know which citizens wish to represent them as members of Wheeling’s City Council.

A total of 23 individuals completed the necessary paperwork and paid the $50 fee to run for the mayor’s position and for the six seats representing the wards of Wheeling. At this time no debates featuring the candidates are scheduled, but several of those running have expressed a willingness to do so. 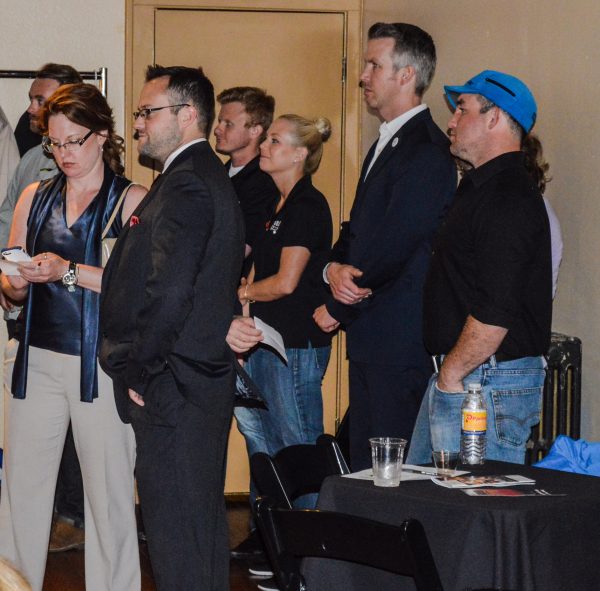 Candidates Glenn Elliott (tall man with dark suit) and Chad Thalman (in suit on left) have been very active with ReInvent Wheeling.

In the race for Wheeling mayor, four candidates wish to follow the two terms served by Mayor Andy McKenzie, a former 12-year senator in the West Virginia Legislature prior to winning the position in 2008. Two residents of Wheeling Island, one from Elm Grove, and a resident of downtown Wheeling registered to run for mayor.

Because Gloria Delbrugge made the decision to retire from public service after 12 years as a member Wheeling Council, Ward 1 is one of three sections guaranteed to elect a new representative come May 10. Two candidates will be on the ballot — Warwood residents John Bishop and Chad Thalman. 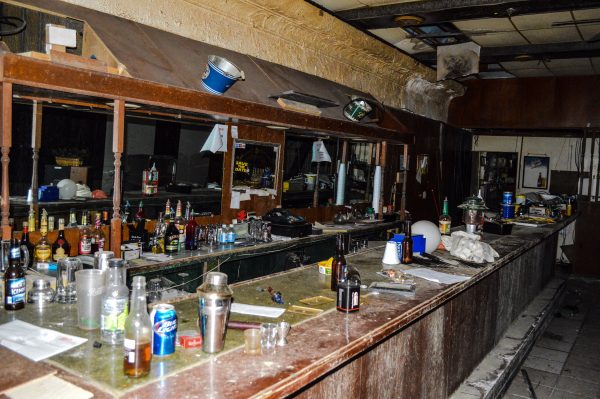 Wheeling Council approved the purchase of three downtown buildings along Market Street, but two of the structures have been vacant for several years.

Incumbent Ken Imer is seeking re-election as one of five residents wishing to represent Ward 2, a section of Wheeling that includes Wheeling Island, a portion of North Wheeling, the downtown district, and the Fulton neighborhood. Imer will be joined on the ballot by Charles Ballouz, Karen Corona Merritt, Loma Nevels, and Morgan Wood.

Residents of Ward 3 also will elect new council representation in May as Robert “Herk” Henry will step down after more than two decades in the position. The ward includes East Wheeling, Center Wheeling, South Wheeling, and Mozart. Three of the four candidates reside in Mozart, and Brian Wilson resides in East Wheeling. 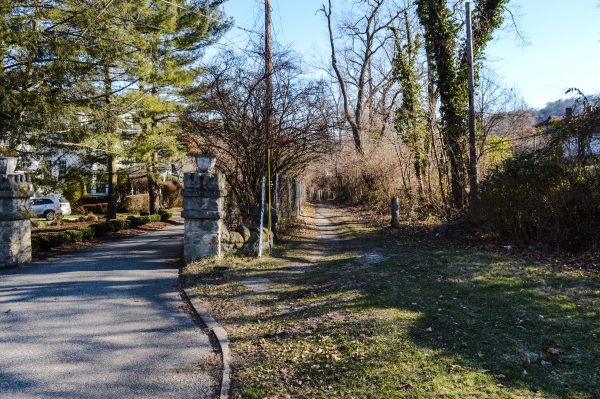 The “Pig Path” is a popular shortcut for residents of Ward 4.

Wheeling’s 4th Ward includes much of the Woodsdale section of Wheeling, an area stoked with in-demand residential and commercial properties. Two candidates, the incumbent and one challenging, will vie for the council position. 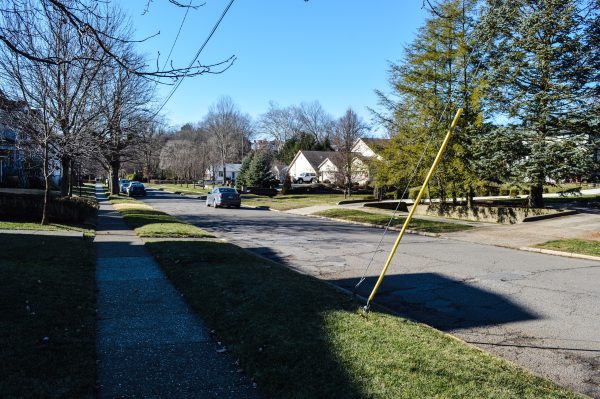 Residents along this stretch of Elm Street in Woodsdale have experienced flooding during the past year because of the amount of debris in Elm Run.

The third and final area that will select a new representative on Wheeling Council is Ward 6. Fahey has represented the ward for the past seven-plus years after defeating Barry Crow in 2008, and now voters will choose between two gentlemen, both of whom are residents of Elm Grove.