When I was a young girl, my Saturday mornings weren’t spent in front of the television watching cartoons.  In fact, my mother encouraged me to do more “productive” things and to engage in pursuits that “sharpened my mind.”  “Read a book,” she would say. “Take a walk and identify the calls of the birds you hear.”  “Don’t waste your time on such childish pursuits.”

As an adult I still struggle with how I should spend my free time, balancing doing what is “fun” with what “sharpens my mind.”

If you have ever vowed to stay off social media for a certain period of time or have thrown away all of your magazines and pledged to read only literary classics or purged your Pandora account of everything but classical music, you can relate to what I am talking about.

When it comes to literary and artistic consumption, why are we so quick to dismiss “lesser” works?  Are “fun” and “educational” mutually exclusive?  I think not.

I recently had the opportunity to talk with cartoon art enthusiast and collector Dr. Dan Joseph of Wheeling. He says cartoons make us smarter and serve as an introduction to a larger world of entertainment and culture.

Joseph has an extensive collection of animation art dating from the 1930s to the 1980s and is an expert on the history of animation. Many of his pieces are on display in Oglebay Institute’s latest exhibit “Toontastic! A Celebration of Animation Art,” which is on display at the Stifel Fine Arts Center.  Joseph has been the driving force behind the exhibit as well as a series of events that are taking place in Wheeling this month to celebrate the art of cartooning –including workshops with master cartoonist Joe Wos, and a production of Bugs Bunny at the Symphony II, performed by the Wheeling Symphony at the Capitol Theatre on April 11.

Joseph wanted to bring these programs to Wheeling because, he says, cartoons break down a lot of social and cultural barriers, and although cartoons are often passed off as juvenile, the stories and humor are intelligent and sophisticated.

He said the best examples of this can be found in Warner Bros.’ animated shorts produced from the 1940s to the 1960s during the Golden Age of Animation and better known asLooney Tunes.

Joseph said it is the masterful skill of the creators and the intelligent, bold, irreverent humor that give cartoons their “staying power.”

“Kids find them funny, but they were written for adults. The writing is brilliant. Anyone can tell a story, but to make it funny, you must have a great command of language and of the subject matter.  These guys had seven minutes to capture your attention, tell a complete story, and have you laughing at the end.  That’s not an easy thing to do. It takes a type of brilliance that not a lot of people have.”

Dr. Joseph gave me a lot of insight into the educational benefits of watching Looney Tunes.  (I wish he had talked to my mom 30 plus years ago.)

For example, in the way that fairy tales can convey important moral insights to children, cartoons can teach important lessons in language and storytelling – lessons that stick with us because they made us laugh.

Looney Tunes teach us irony (what happens when the predator Wile E. Coyote falls victim to its prey the Road Runner), metaphor (what does it really mean for something to “hit you like a ton of bricks”) and absurdity (a taking rabbit with a Brooklyn accent).  The examples are endless.

Another fascinating aspect of cartoons is the music.  Many people, particularly Americans, got their introduction to classical music by watching cartoons.

Cases in point: Rabbit of Seville (a spoof of Gioachino Rossini’s The Barber of Seville), Rhapsody Rabbit (employing Hungarian Rhapsody No. 2 by Franz Liszt) and, of course, What’s Opera, Doc? (consistently ranked as the best cartoon of all time) in which Elmer Fudd chases Bugs Bunny through a parody of Richard Wagner’s operas and features the famous line “Kill the Wabbit,” sung by Fudd to the tune of Wagner’s Ride of the Valkyries.

Bugs Bunny and friends are more than just pop culture icons.  They are cultural ambassadors, introducing us to a broad cultural landscape.

So grab your family and visit the Toontastic! exhibit at the Stifel Fine Arts Center. Sign up for an Animation Workshop with your kids.  Watch cartoons on the big screen at the Capitol Theatre with live orchestral accompaniment during Bugs Bunny at the Symphony II.

I’ll see you there.  I am bringing my mom. 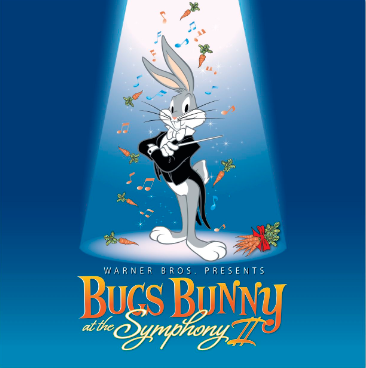 (Toontastic!: A Celebration of Animation Art is on display now through June 12 at Oglebay Institute’s Stifel Fine Art Center.  Workshops with cartoonist Joe Wos, visiting resident cartoonist of the Charles M. Schulz Museum in Santa Rosa, Calif., and founder and former executive director of the ToonSeum, Pittsburgh’s museum of comic and cartoon art, take place at Stifel April 7 and 8. Bugs Bunny at the Symphony II is April 11 at the Capitol Theatre.)