Throughout the COVID-19 pandemic, getting out of the house for fresh air has become a necessity and, of course, Wheeling Heritage Trail has become a popular spot for walking, running and biking. This newfound popularity raised questions of the history of the trail and how it came to be a recreation hub.

The fact that the Wheeling Heritage Trail was built on the path of Baltimore and Ohio Railroad tracks is mentioned on every website referring to the trail, but how the entire trail came to be had some unexpected twists.

A few years later, the CSX Corporation planned to demolish sections of the railroads in Wheeling. This prompted the Friends of Wheeling to successfully petition the West Virginia Division of Culture and History to prevent the demolition of the historic railroad.

Following the Friends of Wheeling acquisition of some sections of the railroad, the City of Wheeling acquired sections of the north/south railway from Conrail with the inspiration to connect citizens of Wheeling back to its heritage as a major trading port connected by the river, road and rail. The transformation of this public space to the current Wheeling Heritage Trail was spearheaded by Paul Mcintire Sr. and Hydie Friend. 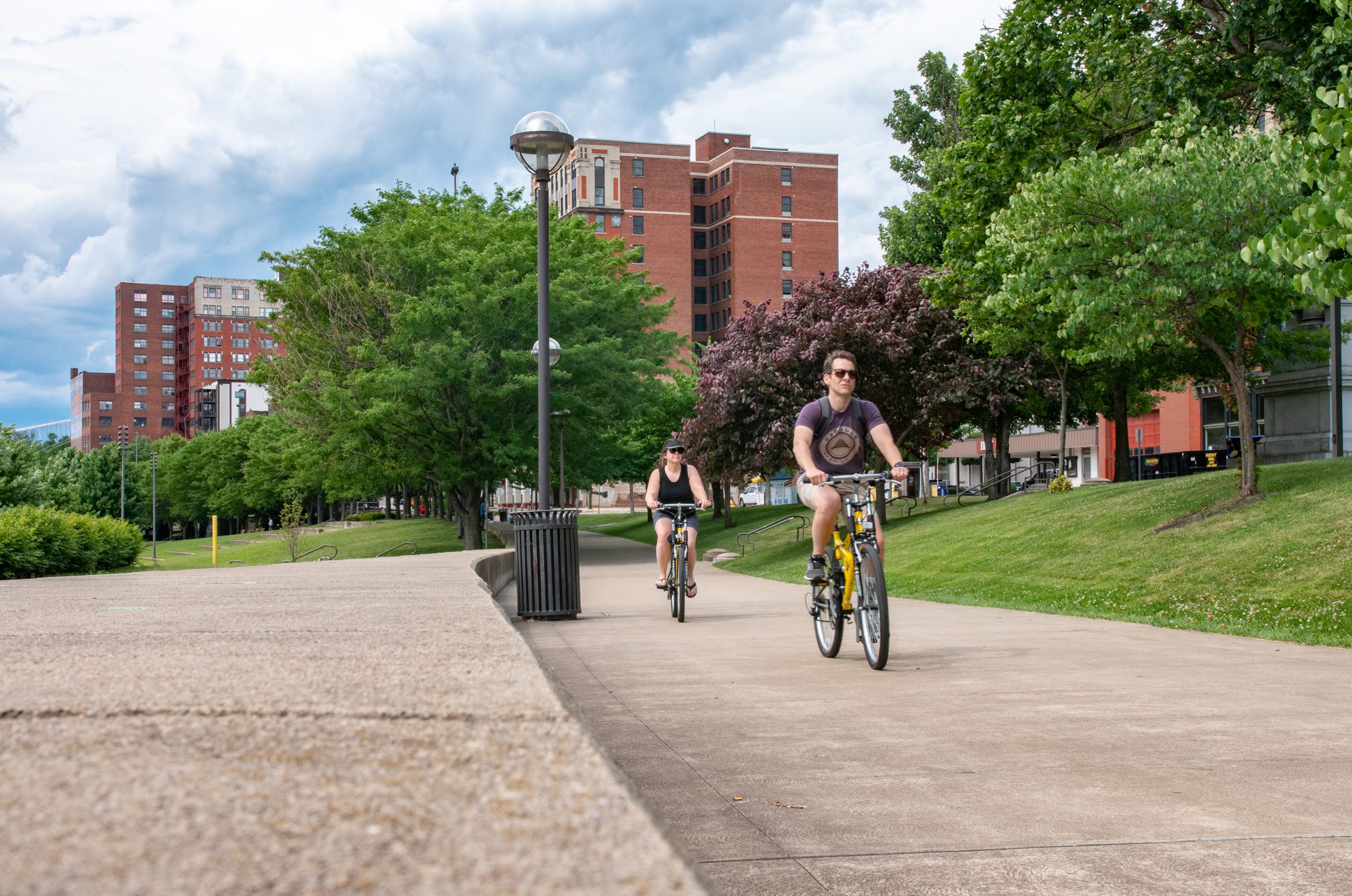 A section of the trail today.

By 1992, Wheeling Heritage, the Heritage Trail Partners and the City of Wheeling developed a plan for a 13-mile bike and pedestrian trail (now an 18-mile trail) to occupy portions of the abandoned railroad tracks. This Wheeling Heritage Trail was completed in 1995 and opened to the public for recreation. Since its first opening, the trail has gradually expanded throughout the city of Wheeling, spreading farther north and south, followed later with the eastern expansion of the trail.

• The Wheeling Wharf was the major port in Wheeling from the late 18th century until the 1950s when a parking garage was built on the site. Since its time as a port, the Wharf has been transformed into the Wharf Garage and finally the Heritage Port that was developed in 1997 and constructed beginning in 1999. Heritage Port opened to the public in the early 2000s and still maintains remnants of its port history with iron rings embedded in the sandstone wall. This spot references the historic importance of the wharf in connecting Wheeling to the commercial trade of the Ohio River. 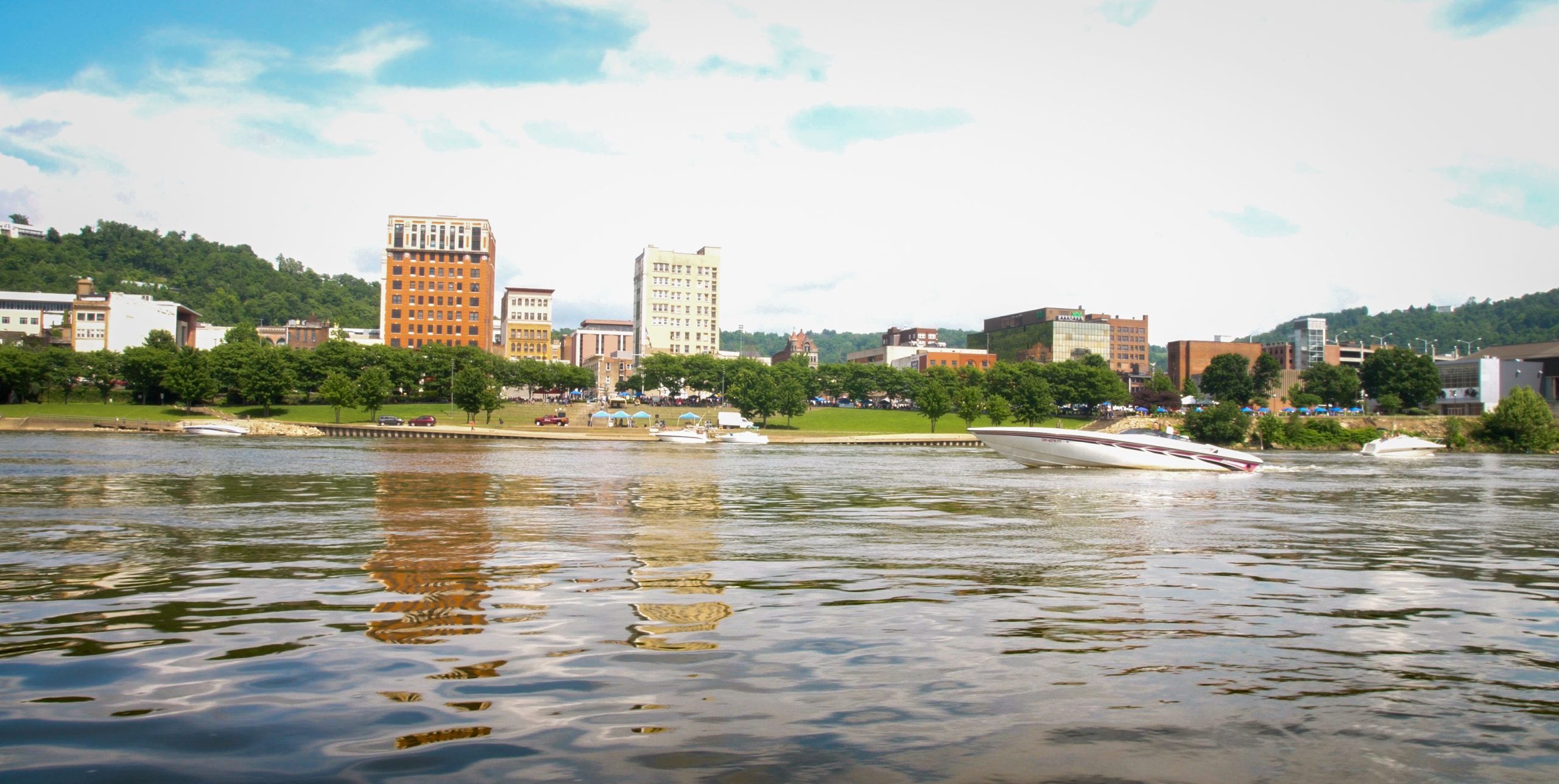 • The Hempfield Viaduct and Tunnel were part of the initial Hempfield Railroad mentioned above, and the current Wheeling Heritage Trail passes through the 163-year-old Hempfield Tunnel. This tunnel is not only historic but also said to be haunted from incidents of unearthing graves, train fatalities and the graveyard located above the tunnel.

• The Wheeling Suspension Bridge can be seen from the Wheeling Heritage Trail. This bridge was completed in 1849 and repaired multiple times over its 170-year life including in in the 1980s and again in 1999. This was the first bridge to cross the Ohio river and is considered the “Gateway to the West,” connecting people and goods on both sides of the river. 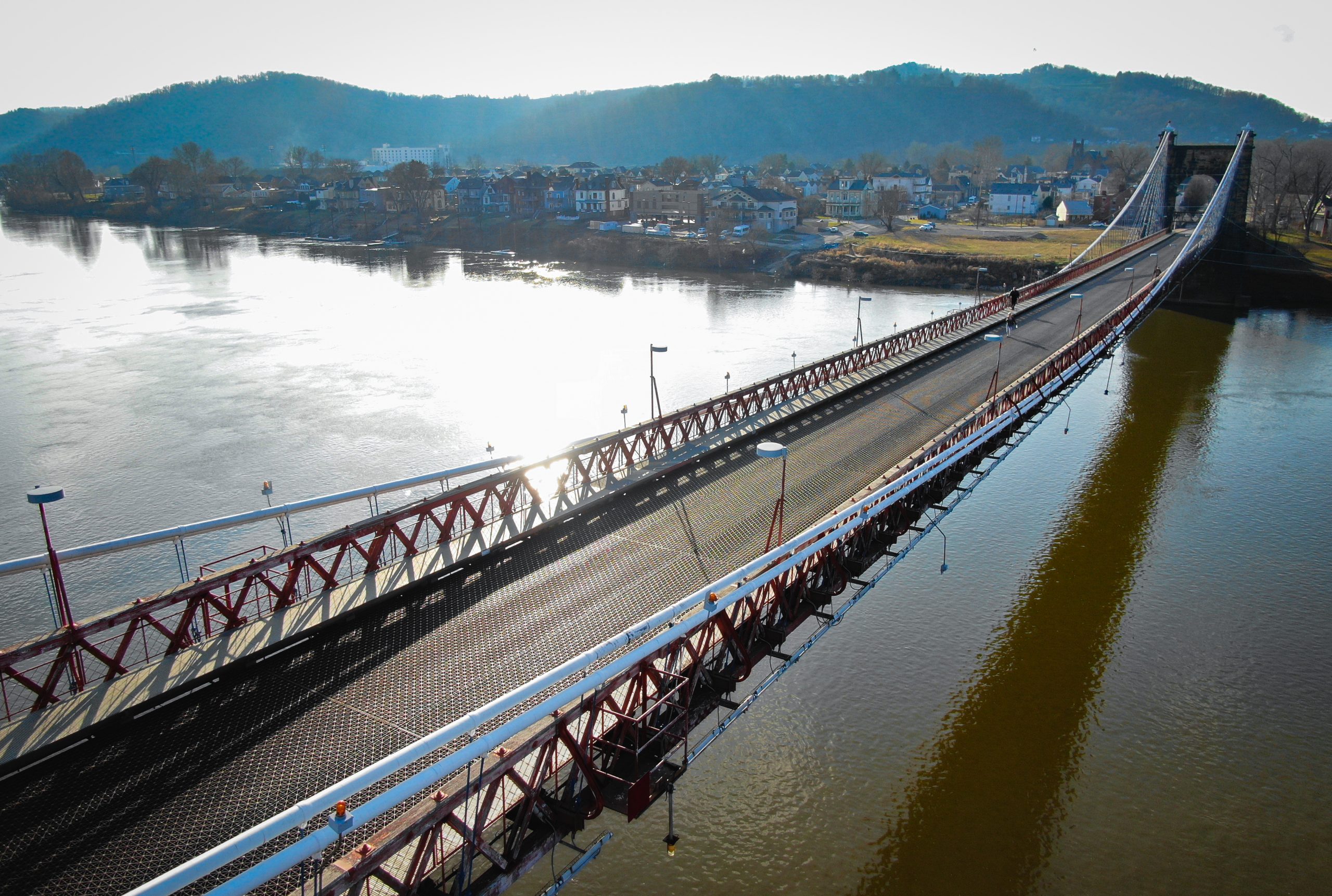 • The Historic Warehouse District on the southside of Wheeling Creek includes multiple historic warehouses that have been repurposed to fit the needs of modern Wheeling citizens. A few of the buildings that can be seen from the trail include the Boury Warehouse, Warwick China Factory, Edward Wagner Grocers and Wheeling Stamping. All of these buildings can be seen from the Warehouse District interpretive sign. 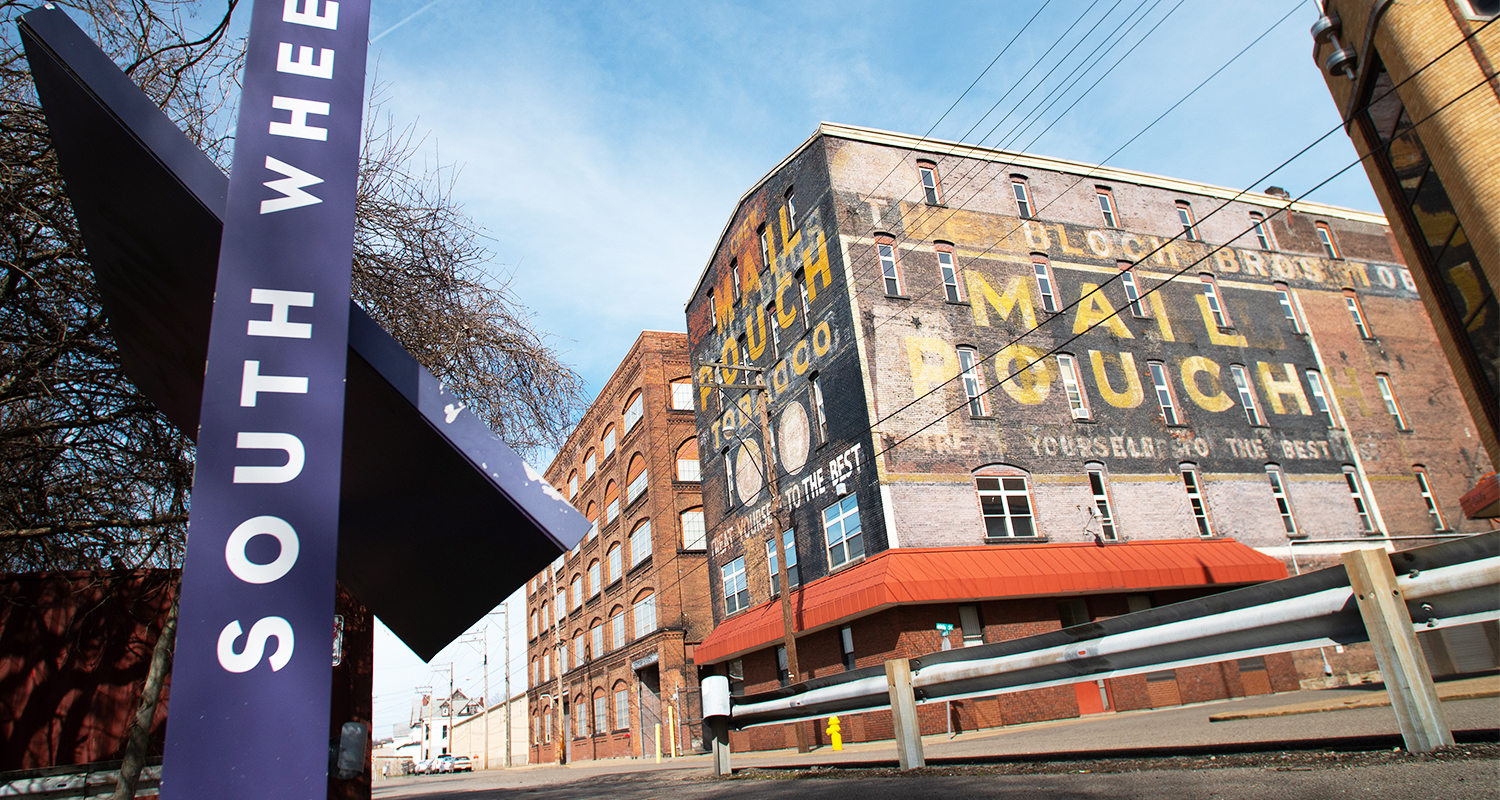 Since its creation, this public space has provided an outlet for public use regardless of class or age. The trail connects the neighborhoods throughout Wheeling, providing a physical representation of how we are unified as a community.

The Wheeling Heritage Trail is no longer comprised of the B&O Railroad taking people and products across the country. But throughout its changing history, the path along the Ohio River and Wheeling Creek has maintained its purpose with new travel along its old tracks.

• Alex Warren is a graduate student at Duquesne University studying for a master’s degree in public history after completing her undergraduate degree at Marquette University in 2019. Alex is currently interning with Wheeling Heritage and is enjoying learning about Wheeling by evaluating historical signs around the city.