Wheeling Jesuit University will bring to life one of Broadway’s most beloved tales, 42nd Street. This quintessential song and dance fable of Broadway will be performed April 6-9 in Troy Theater.

“I am amazed with the many hours these students have been devoting to learning to tap dance for the choreography for this production. They really seem to enjoy the challenge despite the time commitment. I’m sure their time and hard work will not go unnoticed by the audience come opening night,” said Dave Henderson, coordinator of Performing Arts at WJU.

Based on a novel by Bradford Ropes and Busby Berkeley’s 1933 movie, 42nd Street tells the story of a starry-eyed young dancer named Peggy Sawyer, who leaves her Allentown home and comes to New York to audition for the new Broadway musical Pretty Lady.

Peggy’s talent catches the eye of legendary Broadway director Julian Marsh, who gives her a spot in the chorus of Pretty Lady, his newest show. Pretty Lady stars Dorothy Brock, the classic Broadway diva, who takes an instant dislike to the new girl in the cast. When Dorothy is injured during the show’s previews, Pretty Lady looks like it will have to close, unless a new girl talented enough to lead the show can be found — someone like Peggy Sawyer!

The performance features such well know songs as “we’re in the Money,” “Dames,” “Lullaby of Broadway” and “42nd Street.”

Making up the student cast are: 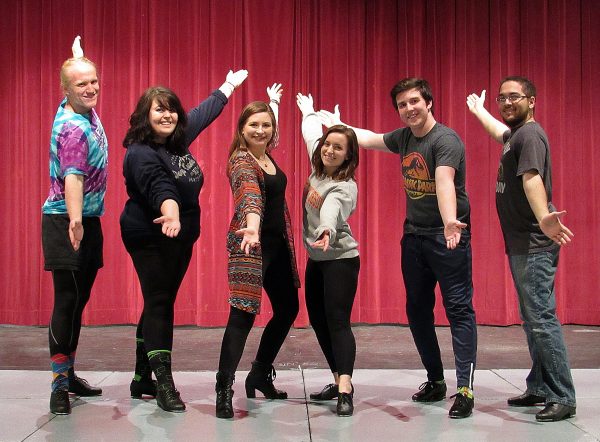 For more information about any of the performances, call 304-243-2095 or visit Wheeling Jesuit University performing arts on Facebook.