The Wheeling Symphony Orchestra announces its 90th anniversary season with seven subscription concerts and the return of Ohio Valley’s No. 1 family holiday event, Symphony On Ice.

Wheeling Symphony Orchestra’s board of directors will announce the symphony’s new music director and conductor, who will then select overtures and symphonies for Masterworks concerts and additional programming, at a later date.

The symphony will continue its Fourth of July Tour, Music Under the Stars, Young People’s Concert Tour, WSO on the GO series and the launch of the Taste of the Symphony Chamber Concert Series for its 2019-20 Season.

The 90th season will also offer anniversary events, including a birthday celebration at Music Under the Stars and an opening night community party, Symphony in the Streets.

WSO on the GO will continue its ensemble performances throughout the Ohio Valley featuring the musicians of the WSO to further engage new audiences. Additional outreach, educational and community concerts include the Fourth of July Concert Tour, Music Under the Stars, and our Young People’s Concert Tour.

“We have a lot to be excited about for this anniversary season,” says Executive Director Bruce Wheeler. “Not only will we be announcing the symphony’s new music director soon, we have a number of celebratory events happening throughout the year including Music Under the Stars and our opening night party — Symphony in the Streets. Without the community’s support for the past 90 years, we would not have reached this monumental milestone in our organization’s history. We cannot thank everyone enough and look forward to making wonderful music for the Ohio Valley and its residents throughout the year.” 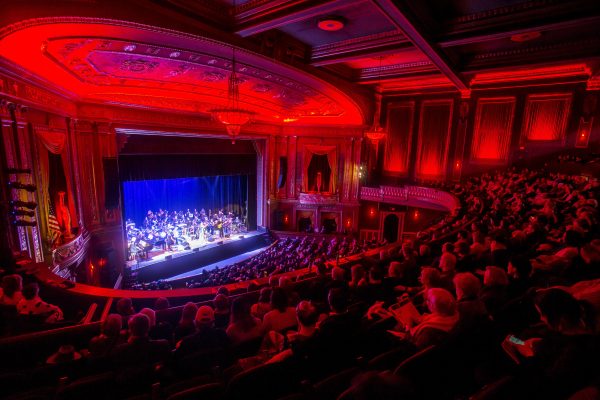 A tribute to the Queen of Soul, this program features symphony favorite Capathia Jenkins and three-time Grammy Award-nominee Ryan Shaw performing such iconic hits as Respect, Think, A Natural Woman, Chain of Fools, Amazing Grace and many others.

A Night at the Chamber Orchestra

Clarinet Concerto in A Major, Wolfgang A. Mozart

This concert features two of the symphony’s own musicians — Roi Mezare, clarinet, and Robert Driscoll, oboe.  A night at the chamber orchestra weaves together a program that will inspire and amaze as the musicians of the Wheeling Symphony Orchestra are featured.

Don’t miss the Ohio Valley’s favorite holiday show. Join the Wheeling Symphony Orchestra along with champion professional skaters, the Pittsburgh and Wheeling Figure Skating Clubs, local middle and high school choirs, and surprise guests to welcome in the sounds of the season. It’s the holiday tradition the entire family will enjoy.

Soulful — A Celebration in Honor of Black History Month

Featuring the exceptional voice of Gavin Hope, the WSO will present “Soulful,” featuring 50 years of brilliant R&B, Motown, funk, disco, pop material by 20 of the finest African American recording artists and performers. From Smokey Robinson to Outkast, Stevie Wonder to Pharrell Williams, and Isaac Hayes to Seal, the WSO is proud to bring such exceptional music to the stage whether for Black History Month or any time of year.

SooBeen Lee has been called “Korea’s hottest violin prodigy” (Hancinema).  She has already appeared as soloist with every major Korean orchestra, including the Seoul Philharmonic, Busan Philharmonic Orchestra and KBS (Korean Broadcasting System) Symphony Orchestra. Other distinctions include performances for Secretary-General of the United Nations Ki-moon Ban, at the Blue House for the king and queen of Malaysia, with China’s Wuhan Philharmonic, at the Seoul Arts Center, and for many state guests in Korea.

American pianist Maxim Lando has been described by Berkshire Fine Arts as having an “ever so clear approach to the keyboard, and the molding and shaping of phrases straight from the musical angels.” Maxim’s concerts and collaborations have brought him to the international stage, with invitations to perform spanning from across the globe.