His point had nothing to do with the politics involved, and, as an educator, he  simply wished to educate the way he teaches. 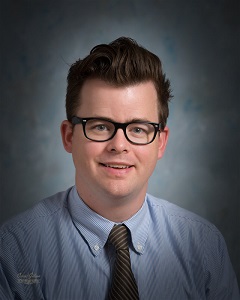 History is history, after all, and that is why Sean Decker, a Wheeling resident and social studies teacher at Wheeling Central Catholic High School, sent Del. Mike Azinger (R-10th District) an email. Decker isn’t a constituent of Azinger’s, nor has he ever met the man, but he did wish to inform the lawmaker that he had morphed misinformation during a floor speech to display his support for the now tabled Religious Freedom Restoration Act.

Decker heard the legislator say something during his stump, and in close to 60 seconds proved the statement false and possibly manipulative. So, in self-admitted snarky fashion, he offered a history lesson to the lawmaker by sending the following note to Azinger’s legislative email account.

In the future, if you are going to “quote” Thomas Jefferson, be advised that on certain occasions politicians and other civic and religious leaders have made the mistake of using quotations which have been falsely–wittingly or unwittingly–attributed to Jefferson and the other Founders of our country. In the case of your most recent speech on the floor of the W. Va. House of Delegates addressing the issue of religious freedom, it appears that you have made such an error. Please refer to the following website to better understand your error. https://www.monticello.org/site/jefferson/bible-source-liberty-quotation

As a representative of the great state of West Virginia, it would serve you well to be more careful and deliberate in your research before including such claims and quotations in future speeches. Anything less than that may inadvertently act to besmirch the integrity of our state’s government and leadership. 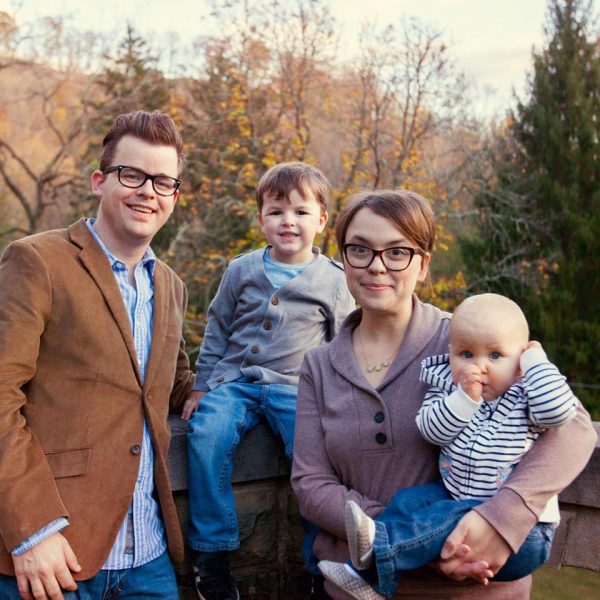 “As a teacher, what he said just didn’t sound right. It wasn’t something that was driving to the point of madness, but it was something that I’ve been concerned about because it seems politicians like to quote our country’s founding fathers and too often they are quoting the wrong people with the wrong quotes,” Decker explained. “It wasn’t a direct attack or anything, but I let him know that when a state legislator does it, that it takes away from our state credibility.

“Granted, I wasn’t a fan of the bill personally, and I wasn’t happy with what he was using to support it,” he continued. “And yes, it was a little snarky, but it was more of an invitation for an open dialogue. If that’s what would have happened, I would have never written and sent the Letter to the Editor to the State Journal. But that’s not how Del. Azinger reacted.”

Instead, the lawmaker responded to Decker by sending the following brief reply:

What most concerns me is the history revisionists like you folks who are teaching our children history.

But some of us are working to overcome the damage you do. 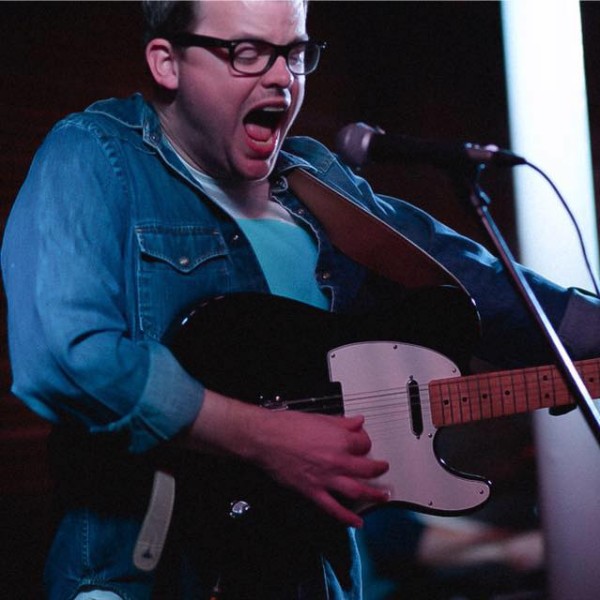 Making music has been a passion for Sean Decker since he was young.

“When I first got it and read it, my first thought was, ‘That’s all I get?’ I was hoping there would be more of a back-and-forth,” he continued. “But that was it, and I haven’t heard back from him since.”

So Decker, frustrated by the reply and with the trend of attaching allegedly historical quotes inaccurately, composed the Letter to the Editor of the State Journal, a weekly business journal distributed across the state of West Virginia. The following is the text that appeared in the print and web versions of the publication.

What should be expected from an elected official? The answer to this question will vary depending on who you ask. Some voters want someone who’s going to be tough on crime and clean up the streets. Some want an official who is vigilant in fulfilling his or her campaign promises regardless of partisan bias. Some want a representative who’s going to fight to change to the political status quo. Somewhere near the top of my list of expectations is that a representative can provide clear evidence for his or her arguments when debating an issue presented to him or her. In our modern world, disinformation or misinformation can spread faster and wider than ever before. I think it’s very important that our representatives do their due diligence in this regard, so as to not foster and feed this increasingly dangerous and always unproductive trend.

Where am I going with this? 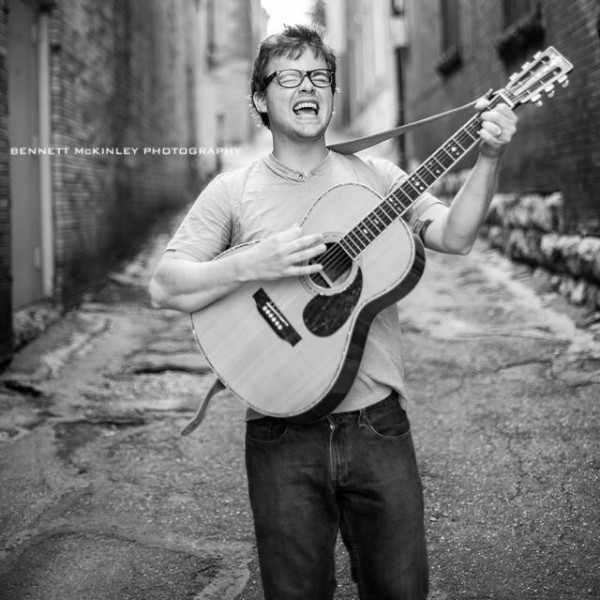 Decker participated in photographer Bennett McKinley’s “Meet Me in the Alley” art project.

Now, why are there two versions of this quote? Didn’t Jefferson say this in one of his famous writings or speeches with an assistant accurately on hand recording such an important statement for posterity? No, because the quote (both versions of it) is wrongly attributed to Thomas Jefferson. According to Monticello.org, a website run by the Thomas Jefferson Foundation, the origins of this quote are spurious at best. Allow me to cite directly from the Foundation’s website:

“Comments: This quotation has not been found in the writings of Thomas Jefferson. The first sentence appears to date from the 20th century. The second part of this quotation (starting with ‘I have always said …’) has a much older pedigree. Daniel Webster, in a letter written in 1852, described a conversation he had with Jefferson some 27 years earlier. According to Webster, Jefferson told him, ‘I have always said, and always will say, that the studious perusal of the sacred volume will make better citizens, better fathers and better husbands.’ This letter appeared in print as early as 1858. — Anna Berkes 10/8/07, updated 12/8/15”

So, how much time and effort did it take me to fact check and refute Delegate Azinger’s “Jefferson quote?” About a minute. I typed in a part of the quote and the Monticello site was the first to pop up. This is something Delegate Azinger could have and should have done before including it in his prepared statements. 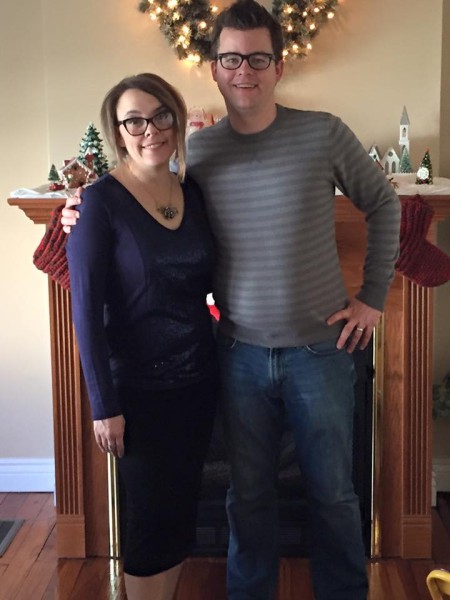 Sean with his wife, Bethany.

I am not from Wood County. I did not help to elect Delegate Azinger to the House of Delegates. I am not one of his constituents. I am, however, a social studies teacher. For the past 10 years or so, I have taught everything from U.S. and world history to government and geography. One important lesson I try to impress upon my students is the importance of properly compiling, checking and verifying sources before using them as evidence to support a claim. Moreover, I am a West Virginian. I expect a great deal from those people who claim to represent the interests and the people of the state I call home.

So, I wrote him an email. Basically, I informed Delegate Azinger that he had made an error when attributing the aforementioned quote to Thomas Jefferson. I also expressed my concerns regarding the use of quotations mistakenly attributed to well-known and well-respected historical figures by modern-day political and religious leaders. A few months prior to this situation with Delegate Azinger, I found that another quote mistakenly attributed to George Washington regarding guns was making the rounds on some anti-gun control websites. Both of these occurrences got me thinking that perhaps in the age of social media and divisive political punditry masquerading as news, it may stand to reason that the trend of misquoting the founders and other historical figures may be inflated and accelerated by these more modern forms of informational dissemination. To me, this is a particularly troubling notion.

So, I said my piece and signed the email with my name and the name of a colleague (after receiving her permission) who is a Teacher of the Year recipient currently teaching Honors and A.P. American History as well as government.

I am not a proponent of the RFRA. Regardless, the email I sent to Delegate Azinger was not about how I did not agree with his position on the RFRA; it was about the Jefferson reference he made in his speech on the House floor. The tone of my email could fairly be described as a little snarky; however, it did not contain any direct personal attacks against Delegate Azinger as a person or against his party. My argument focused on what he said, not on what kind of person I perceived him to be. So, how did he respond to my email?

“What most concerns me is the history revisionists like you folks who are teaching our children history. But some of us are working to overcome the damage you do.”

I don’t know Delegate Azinger. But he seems to me to be a man of deep religious conviction and faith. I can respect that. I understand and appreciate that kind of mindset. I have taught almost exclusively in parochial schools. I am proud to be a part of that system. I understand that every religion and denomination has its own historical context. The development of the world’s major religions is one of my favorite historical topics. However, the study of history is not religion. Quoting the founders is not the same as quoting scripture. The study of history is not based on personal faith and belief. It’s not about what you want to be true; it’s about what can be verified with evidence. The study of history is about asking questions and formulating thesis statements, not formulating personal or communal creeds. It’s about research and archaeology, not prayers — although prayers are always helpful and appreciated in most situations.

There is a term for people who base their study of history on what they want to believe instead of what they can verify with evidence: historical revisionist. 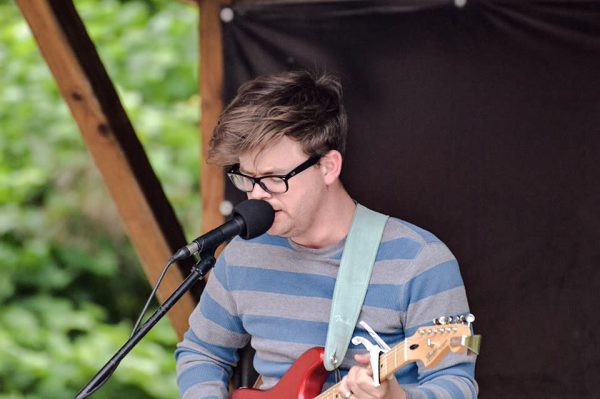 Decker enjoys performing when not in the classroom.

“The reaction I’ve received has been rather surprising,” Decker admitted. “After I posted the link to a Facebook update, a lot of people started sharing it. Granted, it was shared by a lot of my friends, but I was still surprised because, let’s face it, a politician not telling the truth these days isn’t exactly breaking news anymore. Maybe people just didn’t have anything better to do on a Sunday morning.

(Photos provided by the Decker family)