“It’s a miracle!” my family said. “You’re so lucky to be alive!” they offered. At the time I heartily agreed with everything my family, friends, and fellow soldiers had to tell me. I was all ears since I had never been exposed to this situation in my life. You see I had just survived a suicide car bomb, a Vehicle Borne IED (VBIED), along with four other soldiers. We were on a routine mission and were on our way back to our firebase in a small convoy. I had been engulfed in flames and heavily disoriented in the ensuing ambush and intense firefight. We had seen our fair share of fighting during our time in Afghanistan, but this took the cake.

After I explained all of the gory details of the event to my family and friends back home, I would always hear one thing. “It’s a miracle you’re alive.” At first I would nod my head in silent agreement and belief. With all of my limbs and eyesight I had made it out of the taut existence of war. But since, I’ve gained a vast amount of perspective. I refuse to qualify my survival as a miracle. So many of my brothers and sisters in the Army, along with Marines, Sailors, and, Airmen were denied the same miracle. Two soldiers from my unit in Fort Stewart, GA were killed in action that same deployment. Staff Sergeant Rex Schad and Sergeant Aaron Wittman were both deserving of a miracle. Yet they didn’t get one. Sometimes you just have to reevaluate your circumstances and count your lucky stars. 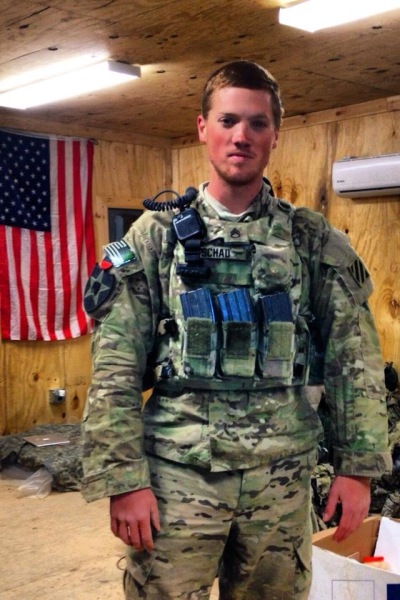 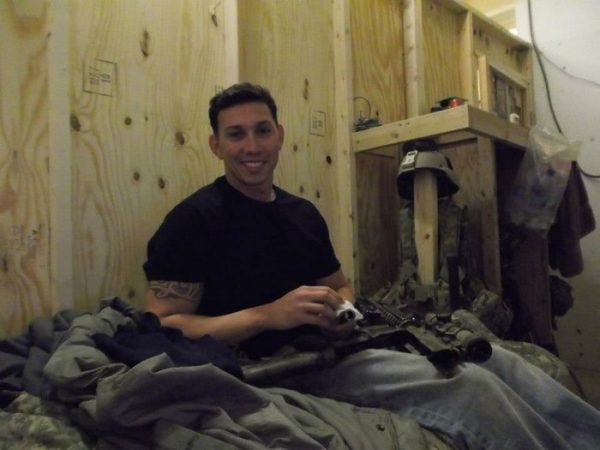 After the healing of my burns and Traumatic Brain Injury and return to the states, my identity became about my brush with death. Ten months after my return, I was honorably discharged and returned home to Wheeling.

It was strange coming home. Returning home from deployment isn’t nearly as strange. You’re surrounded by your brothers and people that can relate. You swap war stories with your friends and try and get back to normal, relatively speaking. Yet when I first walked into the grocery store in Wheeling I thought, “These people have no idea. They have no idea what I’ve done. They don’t know me. They don’t know what I’ve been through and they certainly don’t know what life is like in the third world.” I harbored this attitude for several weeks. Keeping my head down and living in my own mind was my existence. Anger set in when I would go to interview after interview and be told I don’t have enough experience. This perpetuated my steely attitude. My time in the infantry didn’t give me any “real world” prospects, but I believed that I had experience that no one else could match. No one could take this away from me. I still believe that. But slowly my attitude would change.

Coming out of that same grocery I was stopped by the father of one of my family friends. He was unware that I was back in town. He could see I was eager to go in and get my ingredients for the spaghetti dinner that evening. Yet he stayed and talked my ear off and wanted to hear all about how I was doing, how I was adjusting. The pain was visible on my face, and he just wanted to let me know that there is a community of people that know I’ve earned my place in it.

Since then, I’ve come into contact with friends and acquaintances from this very city that have also served, and served in the Global War on Terror. I’ve spoken with Jon Woodfin who served in the Marine Corps, whom I played hockey with as a youth, and Heath Stanley, who also served in the US Army in the infantry like I did, and several others from or living in the Friendly City. I’ve been able to slowly shed the anger and normalize my life. I’ve since been gainfully employed in the booming oil and gas industry. When I was hired, my boss told me that a fair amount of veterans work in the field, and they say it’s a lot like the military. It’s true, but sometimes I feel like it resembles the military in all the wrong ways. But it’s ok. I can moan and groan about it like the old days with my new friends. For the first time in a long time, I’m hopeful for the future. Sure, I get my fair share of empty “attaboys” from people, but I get a genuine and appreciative attitude from most of the people I come into contact with.

Still, it’s a sad fact that suicide is an epidemic among GWOT veterans. So if you see veterans claiming their various retail freebies, or a free meal at places like Olive Garden, know that our experiences may have changed us, but we aren’t averse to saying hello and catching up. And for those that have veterans in their own families, please let them know they can always come home, because Wheeling will give them a soft place to land and a full belly of mama’s cooking.