Wheeling Symphony Orchestra (WSO) announces the next concert of the 2017-2018 season, Bach Double and Mozart, conducted by Music Director André Raphel, featuring WSO guest artists Rachel Stegeman and Juan Jaramillo. The performance will be held Thursday, November 9, 2017 at 7:30 pm at the Capitol Theatre in Wheeling, WV.

Stravinsky’s Pulcinella Suite opens the program.  He called this work his “discovery of the past” and “gateway” to future compositions. The concert continues with Wheeling Symphony Orchestra musicians, Rachel Stegeman and Juan Jaramillo, showcasing their virtuosity in Bach’s timeless Double Violin Concerto. Ms. Stegeman is an Adjunct Professor of Orchestral Audition Training, Applied Violin and Chamber Music at Duquesne University’s Mary Pappert School of Music. She also holds the positions as Concertmaster of the Wheeling Symphony (WV) and Youngstown Symphony (OH), Associate Concertmaster of the Pittsburgh Opera Orchestra, and Associate Concertmaster of the Pittsburgh Ballet Orchestra.  Prior to her 2002 move to Pittsburgh, she held a successful career as a full time employed studio violinist, performing in over 800 major motion picture soundtracks, 50 television shows, 600 records, as well as commercials for television, live performances broadcast on the radio, and other live concerts throughout the Los Angeles area. 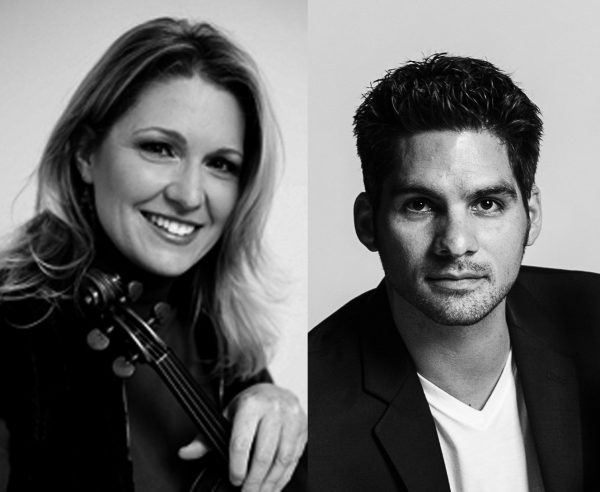 Currently, Mr. Jaramillo is the second principal of the Wheeling Symphony and first violin of the Pittsburgh Opera and Ballet Orchestra, as well as the Sarasota Opera.  He has also offered numerous concerts as a soloist and in chamber music recitals in the United States, Mexico, Colombia and Venezuela. In addition, he is one of the violinists of the “Rustic Quartet” that concentrates its concerts in promulgating the Latin American repertoire for string quartet.

“The November 9 concert juxtaposes the new with the old and features musicians from the Orchestra as soloists,” says Music Director André Raphel.  “From Stravinsky and Bach to Danielpour and Mozart the composers represented establish new ground while paying homage to earlier musical forms. It will be especially nice to feature Rachel Stegeman, Concertmaster and Juan Jaramillo, Principal 2nd Violin as soloists in the Bach Double Concerto. They are wonderful artists and the musical dialogue between the two solo violins in the Bach functions as a means of highlighting the camaraderie amongst the musicians.”

Richard Danielpour’s 2004 commission Adagietto for Strings returns to the symphony.  Mr. Danielpour said the piece is “an exciting fusion, being written as it is for Wheeling – one of the smallest cities to maintain an orchestra of this caliber.” Maestro Raphel adds, “Danielpour’s Adagietto is a gorgeous work based in part on interludes from his opera Margaret Garner. The WSO commissioned the work to celebrate the 50th Anniversary of Wheeling Jesuit University and I was honored to conduct the world premiere with the Orchestra. It will be very special to present the Adagietto again as it speaks to the enduring quality of Richard’s music.”

Mozart’s final Symphony No. 41 (“Jupiter”) will close this magical night, highlighting the sheer brilliance of this masterful composer’s work.  Prior to the concert, patrons can purchase a pre-show, prix fixe dinner, catered by Rocco Basil in the Capitol Theatre Ballroom starting at 5:30 pm. Patrons can also join us for a free “Concert Talk” at 6:30 pm where Maestro Raphel and other guests offer an informative and intriguing look at the story behind the music to be presented that evening.  Immediately following the performance, attendees can attend a free wine and cheese post-show reception with Maestro Raphel and other members of the symphony orchestra.

Patrons 18 or younger can get tickets for $7.50.  Additional discounts are available for college students and groups of 10 or more.  More information is available at wheelingsymphony.com.